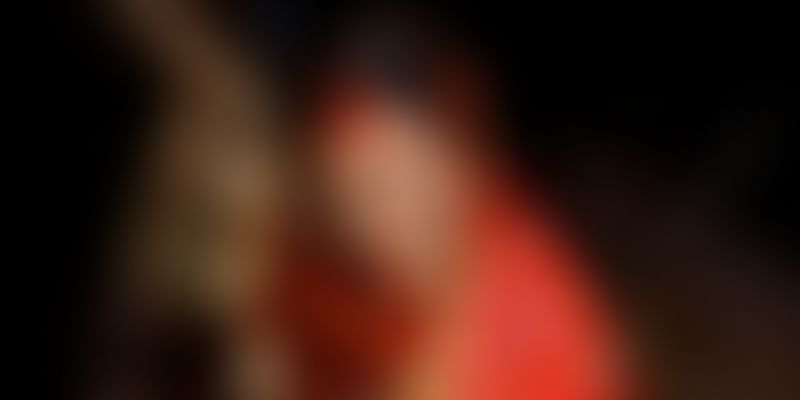 In a unique initiative, Gender Alliance Bihar, a collective effort of over 270 civil society organisations backed by the UN Population Fund, has come up with a mobile application to fight the rampant social evil of child marriage in the state.

Launched by Deputy Chief Minister Sushil Kumar Modi, the 'Bandhan Tod' app will try to create awareness on resisting child marriage and will also provide round-the-clock help to adolescent girls saying no to the practice in the form of an SOS button. Gender Alliance is an initiative of the United Nations Population Fund (UNFPA) and was started to bring together civil societies, activists, academicians, researchers, media, and others on a common platform to advocate gender equality.

Use of latest technology like a mobile app is probably the first of its kind in the country to fight child marriage, Nadeem Noor, head of UNFPA in Bihar, told IANS.

He said the app offers innovative features that will give girls the confidence to stand up against marriage before they are 18, the legal marriageable age for girls in India, adding its unveiling ahead of the formal launch of the statewide campaign against child marriage by Chief Minister Nitish Kumar on Mahatma Gandhi's birthday (October 2) was a positive development.

If the state government includes the app in its campaign, it will help us popularise it down to the village level with the wide network of thousands of women self-help groups active in rural Bihar, he said.

Bandhan Tod is part of Gender Alliance's strategy to support the state government's efforts to end child marriage and dowry.

It is a rare effort of civil society, and the first of its kind in Bihar, to support the state government's commitment to ending child marriage and dowry, Gender Alliance convener Swapan Mazumdar said.

The app was also lauded by N. Vijayalakshmi, Managing Director, Women Development Corporation. It will be available on Google Play and anyone can register by providing their details — name, age, block, district, and mobile number. Mobikwik, a digital payment gateway, will provide incentives to users who download it.

If the SOS button is pressed, the registered mobile number and other details of the user will be sent to the Gender Alliance monitoring cell and civil society organisations, who will contact the user to get details and then alert the local authorities for action. Given the socio-economic and cultural context within which child marriage takes place, the campaign will aim to, directly and indirectly, reach out to girls at the village and panchayat levels in all the blocks and districts of Bihar through technology.

Gender Alliance stressed on the dire need and urgency to match this commitment with coordinated strategies, action, and resources to end child marriage as well as early marriage in Bihar. It has also extended the support of the hundreds of civil society organisations that are part of the initiative to the state government in its fight against child marriage.

Since its inception last year, Gender Alliance has focused its work on gender equity. Keeping this in consideration, it has also identified child marriage as one of the four priority issues as it is not only a violation of human rights but a grave threat to the lives, health, and development of girls.

Child marriage is rampant in Bihar, particularly in rural areas, despite laws against it. It is a big social problem among Dalits, OBCs, and Muslims due to lower literacy rates and other factors, including poverty. Till a few years ago, of the total marriages in Bihar, 69 percent were child marriages. But the latest National Family Health Survey-4 revealed that the figure has declined in Bihar in the last 10 years due to the increase of education among girls.

Gender Alliance will soon come out with a ground reality report on adolescent girls' social, education, and health status in every block and district.

This in-depth report is likely to provide readymade data for the government to use for different scheme implementations to achieve its goals in a time-bound manner, Mazumdar said.

Gender Alliance has announced the Bandhan Tod award for journalism for mainstreaming gender in media and awarded adolescent girls with the 'Bandhan Tod Champion' title to recognise their brave role in the fight against child marriage.