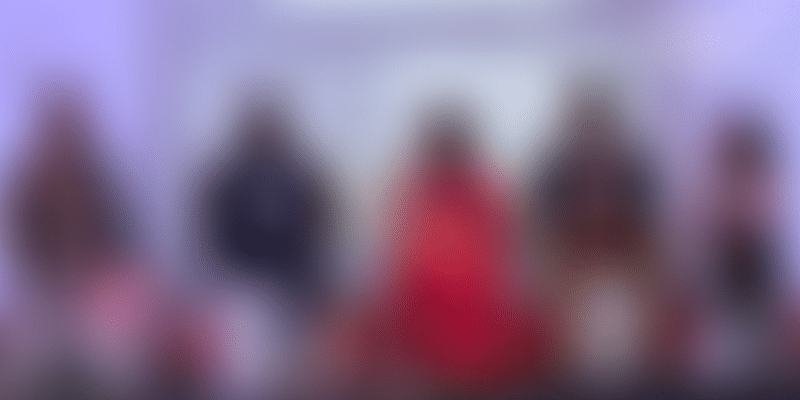 The Companies Act 2013 presents a huge opportunity for the corporate sector to engage with the incubator and startup ecosystem. The Act’s mandatory CSR rules allow companies to fund incubators as part of their CSR activities. However, there exist barriers that impede robust and long-term relationships between companies, incubators and startups, including lack of awareness about incubators, partnership models and complexities in finalising partnerships.

To bridge this gap, Samhita Social Ventures and Villgro with support from GIZ (Deutsche Gesellschaft für Internationale Zusammenarbeit) have launched the Incubator Marketplace, which enables companies and incubators to discover, identify and connect with each other.

The Incubator Marketplace was unveiled at Techsparks 2017 during a workshop hosted by Samhita titled ‘Corporate India's Engagement with Incubators and Startups’. A short demo showcased how the platform worked, and how both corporates and incubators or startups could best leverage it to find the right collaborator. The Marketplace is housed on Samhita GoodCSR, a complete online solution for CSR practitioners, and features tools to find program partners and manage CSR programs, in addition to the Marketplace.

Anil began the discussion by saying that in the 70 years since India’s independence, while the GDP had gone up, largescale poverty still existed with 200 million people still below the poverty line. “The need of the hour is a strong entrepreneurial ecosystem. While we have a fairly robust NGO ecosystem, we need innovation on top of that,” said Anil.

In response to a question from Anil about what prompted Mphasis to work with incubators, Meenu said how they had always been working for social betterment, whether it was enabling youth to become micro-entrepreneurs through seed funding and skill training, or coming up with an accessible taxi service in Bengaluru. “We took another look at our CSR strategy and decided that we want to help create solutions, using technology, that have scale, and are not limited to a certain geography or segment. We wanted them to be more strategic, more structured, and sustainable,” she said.

Karan explained how their foray into the space began. “We wanted to use solutions from our domain to solve real-world problems. We began by trying to figure out how to use technology to manage the waste problem. We built a basic suite of tech tools in 2012 to tackle the problem. We realised we may be onto something bigger and that the technology we had built could be leveraged to solve problems across sectors.”

He went on to add, “Our job is to create an ecosystem for such solutions, be it at a policy level to influence governments, to understanding what the real problem is at the user level. Today, we have seen marketplaces being opened up with the Ola’s and the Amazon’s, which is a good example of how platform economics can be leveraged. We believe that one day, we will be able to create a federated marketplace globally.”

Explaining how Zone Startups builds connections between companies and startups, Gokul said, “For us, the conversation` starts from the grassroots level. Both corporates and the startups are equally clueless on how to derive value from each other. We see the problem not just from the corporate’s point of view, we dive deeper. We believe that real value lies in how we can bring that whole ecosystem together. Such marketplaces are the right place to find these opportunities.”

On the topic of challenges that emerge in building such collaborations, Meenu said regulatory norms became a hurdle when they want to directly fund a social enterprise. “We approached an incubator to see if they could step in. But the specialisation of the incubation cell was very different from the kind of work that the enterprise we were interested in did. They did not have the expertise to mentor the enterprise, and there were not too many established incubators who would work in the areas we were interested in at the time.” Other problems, she mentioned, included high costs, finding the right technology, and finding the right portfolio companies for the incubator.

Vrunda said that since its inception in 2002, NSRCEL has incubated close to 100 ventures. “We run special outreach programmes and involve the corporate partner in the process of selection. We have a panel of mentors and experts who help us identify good startup candidates and also understand whether the idea and entrepreneur can survive and succeed. By creating a specialised environment based on corporates’ requirements, we have been able to solve challenges,” she added.

Gokul mentioned that effecting an understanding between the corporate and the startup from the beginning was one of their key responsibilities, and this contributes to the success of any programme. “We mentor according to the need of the corporate, set up the scope accordingly, mentor them to put up a successful proof of concept and get customers.”

“What we have understood is that since there are multiple stakeholders in these partnerships, the programmes work the best when every entity plays to its strengths,” said Vrunda.

Karan’s take on the critical factors for success included institutionalisation, providing ownership, using technology to bring in transparency, and augmentation. “First, we understand what is missing. Then we talk about ownerships and determine how to make something sustainable in the long run. Third, we bring in transparency so that people will see the value in what we are doing. The last point is augmentation. We never replace entities that already exist in the ecosystem. Instead, we try to see how everyone can work together,” he said.

Meenu concluded by saying that digital platforms such as the Incubator Marketplace were the need of the hour. “There is immense potential to strengthen the ecosystem, which is still at a nascent stage. But there are several opportunities for the incubators, the incubatees and the corporates to come together and achieve scale.”