As Kaziranga floods, this campaign is rescuing wild animals before it's too late 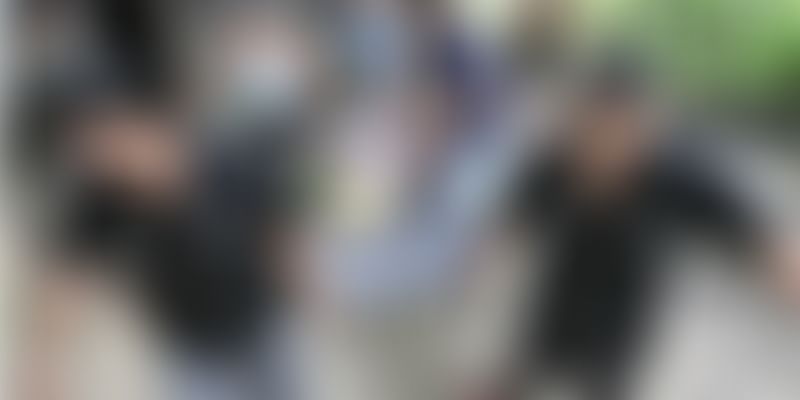 Overwhelming floods have wreaked havoc in the lives of thousands of innocent wild animals at the Kaziranga National Park. They have been displaced, hit by cars, and orphaned due to the mayhem.

Monsoon floods are essential to the ecosystem of the Kaziranga National Park. Its vast grasslands, wetlands and lakes are annually revitalised by the Brahmaputra overflow. However, the 2017 floods have caused a severe crisis for the wildlife. If the 2016 floods were considered ‘the worst to hit Kaziranga in a decade’, the floods this year were probably the worst in 30 years.

Over 85 percent of the park was inundated, displacing thousands of animals. Hundreds of creatures – including tigers, rhinos, elephants, wild buffaloes and hog deers – have died in the past two months.

The Centre for Wildlife Rehabilitation and Conservation (CWRC), run by the Wildlife Trust of India (WTI), the International Fund for Animal Welfare (IFAW) and the Assam Forest Department, has been operating near Kaziranga for almost two decades. CWRC has been set up specifically to provide succour to wildlife displaced by the annual monsoon floods. Today, it is the only facility of its kind in India where orphaned or injured wild animals of several species are hand-raised or treated, and subsequently returned to the wild.

A sad result of human interference

The floods caused by the outburst of Brahmaputra and its tributaries during the monsoon is a completely natural and necessary process, says the WTI team. But this does not rule out human interference that only adds to the distress.

“A thing of certainty is that wildlife is being affected to a greater extent in recent years due to increased human presence around the fringes of the national park. The typical behaviour of wild animals, as Kaziranga gets inundated, is to seek higher ground towards the Karbi Anglong Hills. But when their traditional corridors of movement are intersected by roads or human settlements, this makes their exodus more difficult,” says Amitabha Choudhury, a member of CWRC.

“Having to cross human-dominated areas makes animals more vulnerable to vehicular accidents and poaching, and increases the possibility of human-wildlife conflict,” he adds.

With the 2016 floods disrupting the peace at Kaziranga, the rescue teams of the Wildlife Trust of India worked tirelessly and attended to over 100 wildlife emergencies.

This year, preparing to save many more animals and to gear up before the situation worsens, WTI has launched the #SaveKaziranga campaign to raise funds that will help assist their work and the team. Specifically, for 2017, this campaign to raise funds for flood-affected wildlife began in July, once the first wave of floods hit Kaziranga. During the two waves of floods in July and August, the Mobile Veterinary Service (MVS) teams from CWRC attended to over 100 emergency cases related to wildlife in distress.

“Our MVS teams attended 60 cases of wildlife in distress in the first round of floods that hit Assam in July this year. Three elephant calves and one rhino calf were also rescued and brought back to CWRC for long-term care,” says Rathin Barman, Joint Director, WTI, and Head, CWRC.

“Towards the end of July, the floods abated and it was thought that the worst was over. Yet the second wave, which arrived around the 10th of August, was even more catastrophic. Two male elephant calves and six rhino calves were rescued. This sudden influx of cases took the total number of elephant and rhino calves under care at CWRC to 27, stretching the manpower and financial resources at the centre to the limit. Large mammals like elephants need long-term and constant care for at least four to five years before they are rehabilitated in the wild,” shares Samshul Ali, Veterinarian, CWRC.

While most of the emergency cases WTI handles during the floods involve animals that can be treated in situ, i.e. in the field where they are found, there are some that need to be brought back to CWRC for short-term and long-term care. “It is with these animals that we face our greatest challenges and achieve our greatest successes. Being able to rehabilitate any sick or injured animal back into the wild – especially rhino and elephant calves that require years of careful hand-raising is extremely satisfying,” the team shares.

“Our success is owed to our team of dedicated wildlife veterinarians and tireless animal keepers, most of whom work round the clock during the floods. The support of donors and volunteers is critical as well, and I must mention that most of the local people have tremendous sympathy for flood-affected wildlife,” says Rathin.

Funds put to good use

In terms of raising funds to help displaced wildlife, the biggest challenge for WTI is getting the adequate visibility for their work that will help reach out to potential donors. “Donors need to know that their money is being well-utilised. We use funds to erect temporary and permanent shelters for flood-affected wildlife at CWRC, and to buy medicines, milk formula, and other feed for the various animals under care.”

The team thus far has been receiving a good response, with donors coming forward and making generous contributions. To garner more attention to the cause, the Wildlife Trust of India Brand Ambassador and Champion of Nature, Dia Mirza, has also issued video appeals to help WTI spread awareness on the flood situation through social media.

“Rescuing and providing emergency care for displaced animals is just one aspect of what we do. Since large mammals like rhinos and elephants are under our care, we will require years of dedicated hand-raising. The real journey begins now, and we’re going to need your help in successfully rehabilitating these animals back into the wild,” says the WTI team.

This initiative should be acknowledged by us as an opportunity to amend our wrongdoings, as our donations will help relieve the stress we’ve caused to innocent lives.