Graduating from Y Combinator, how Cashfree is gearing up to reach Rs 200cr in transaction value 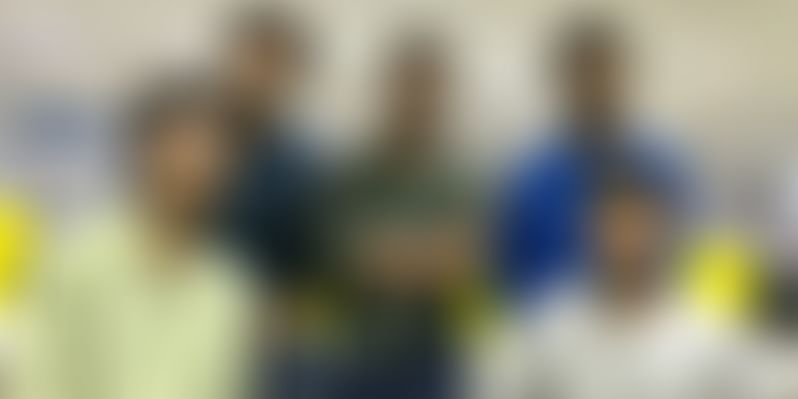 On Monday, payments platform Cashfree announced having raised $120,000 in seed funding from Silicon Valley-based startup accelerator Y Combinator. Cashfree was one among 130 startups selected by the accelerator for its 2017 summer batch, which ended in August this year.

According to the founders, the funds will be utilised for product development, hiring more individuals to sales and engineering platforms, strengthening bank partnerships, as well as for marketing engagements.

The company plans to increase the team size to 15 individuals over the course of the next few months.

“Payments innovation will play a major role in shaping the Indian economy. Cashfree has identified problems which existing payments companies haven't been solving. We believe they have the right team to execute it.”

The $120,000 is a part of the standard deal, which Y Combinator invests as a part of the incubation. This is in return for seven percent of the company’s equity. [Read here]

However, Cashfree wasn’t the only Indian startup to be a part of the accelerator’s summer batch.

However, it started as a solution to help customers pay for cash on delivery digitally — using their credit card, debit card, or net banking — basically creating a ‘software alternative’ for point-of-sale machines, according to the founders.

But as founder Akash Sinha remarks,

“We realised that merchant aggregation was getting costlier, and chose to shift completely to the online space.”

Thus, the company launched its payment gateway in April 2016.

Speaking about the thought process at the time, Akash says,

“We saw a lot of businesses suffering from the problem of bank transfers, finding it difficult to pay vendors. Further, reconciliation is a major problem for B2B businesses, costing them close to three to four hours of productivity every day. So we thought, 'Why don’t we automate the bank transfer problem?'”

At present, the company has three offerings, apart from the payment gateway, live on the platform. These are:

Akash explains that this could be for companies like Uber who want to pay their driver automatically after the ride is over.

As Akash explains, a business has one account and it has to give out its bank details to some thousand vendors, losing count of who's been paid and who hasn't.

Apart from the hassle involved, sharing bank details also creates a security risk for the business. Hence, Cashfree creates a separate account number for every customer or vendor, almost like a virtual payment address (VPA).

So when the payment hits the platform, Cashfree recognises the customer (linked to the VPA) and updates the system in real time.

According to the founders, the platform saw close to 50,000 transactions last month, processing close to Rs 50 crore in transaction value.

Further, it has partnered with close to 1,100 online merchants across India.

With the current funding and scale, the platform plans to push up the number of transactions to 3,50,000–4,00,000 by December this year.

It also aims to get close to 3,000–4,000 merchants, while looking at processing close to Rs 200 crore in transaction value through its products and platform.

Commenting on future plans, Akash says that the company might be looking to close another round of funding in the next one month. Cashfree is also ideating about products to do with bank verifications and bulk IMPS transfers.

“At present, all platforms support only NEFT transactions; we are trying to build a bulk IMPS system where consumers can pay even on holidays and vendors can receive their payment in real time.”

Akash is joined by his co-founder Reeju Datta, an alumnus of IIT Kharagpur. While Akash has experience of working at Amazon and BankBazaar, Reeju has previously worked with online furniture retailer FabFurnish.

“There are other accounting and invoicing tools in the market, but none of them is really trying to solve the bulk payment problem businesses face. In fact, we are partnering with accounting tools to power banking interaction and use Cashfree to automate payments on their platform after the invoice is generated."