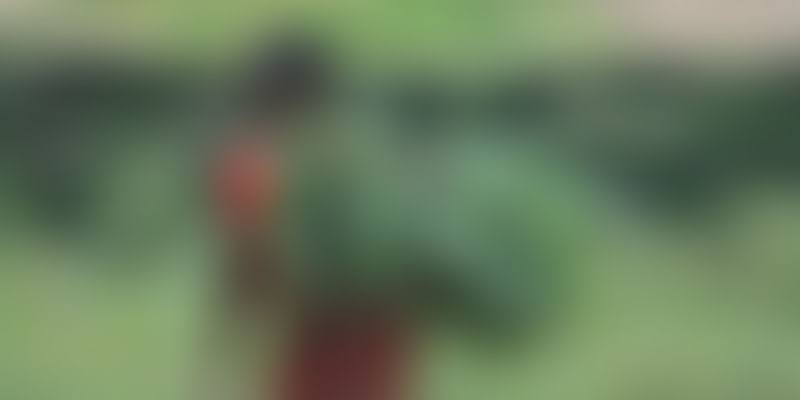 A CAG audit of Rashtriya Krishi Vikas Yojana, a scheme that promised to reinvigorate the agriculture sector, suggests only 62 percent work was completed.

Phaguni Ho hails from East Singhbhum district in Jharkhand. Come March, Phaguni’s husband will migrate to Chennai to work as a daily wager at a construction site. Unable to handle the small farm in Singhbhum alone, she has given it on lease to another farmer.

“I have to look after my four children and livestock. Now that the income from my farm has declined, I go for work under the employment guarantee programme. I also collect firewood and other forest products to supplement the household income,” she says. “One failed crop, and the money is all lost and one falls into debt. Wage labour pays more, so we lease out our fields,” she adds.

In India’s drought-ravaged regions, the crisis in the agricultural sector, coupled with water scarcity, is pushing millions of farmers like Phaguni out of their farms and into cities for jobs.

As per a report in The Hindu dated May 2, 2013, over 2,000 farmers are leaving agriculture every day. A survey conducted by Lokniti, one of the programmes of the Centre for Study of Developing Societies, a research institute on social sciences, found that over 40 percent of Indian farmers were dissatisfied with their economic condition and were leaving farming en masse, putting pressure on urban areas.

Taking notice of this grave situation, the government is preparing a grand plan to drought-proof India’s vulnerable districts. Three ministries - rural development, agriculture and farmer's welfare, and water resources - are expected to work towards the convergence of their flagship schemes. Massive efforts will be launched for water conservation and storage in water-scarce areas.

Where are we going wrong?

While this is a welcome step, we need to look at why agricultural development programmes have not met their purpose in a country where 1.3 billion people depend on the sector.

Farming is no longer a popular option and the sector has been in dire need of a booster dose of investment for a long time.

Our GDP dream was unfulfilled and the falling rural demand for goods was rocking the boats of various industries, too. It was widely believed that for India to grow at 8 percent, our agriculture must grow at 4 percent. As per the State of Indian Agriculture, 2011-12, “experience from BRICS (Brazil, Russia, India, China and South Africa) countries indicates that 1 percent growth in agriculture is at least two or three times more effective in reducing poverty than the same growth emanating from non-agriculture sectors.”

RKVY was expected to create this turnaround.

This is what the RKVY sought to reverse. Typically, the programme was to include components like animal husbandry, fisheries, minor irrigation projects, rural development works, agricultural marketing schemes and schemes for water harvesting and conservation. Incomes of India’s poor rural population were expected to increase and farmers were expected to get more profits from farming.

For the first time, agricultural planning was decentralised and plans prepared at the district and state level: District Agriculture Plan (DAP) and State Agriculture Plan (SAP). The state governments were to ensure of KVY’s convergence with other programmes as well as with Panchayati Raj Institutions (PRIs). States were incentivised to draw up plans for the agricultural sector comprehensively, taking agroclimatic conditions, natural resource issues and technology into account, and integrating livestock, poultry and fisheries more completely. Further, the local needs, crops and priorities were to be better reflected in the district plans. The productivity of important crops was sought to be increased through focused interventions.

In addition, states had the flexibility and autonomy to adopt an effective monitoring system at grassroots level within this provision. After all, the programme was designed as a state plan scheme and states were free to tailor the programme based on their requirements.

The then finance minister, P. Chidambaram had claimed in his budget speech in 2013-14 that RKVY was intended to mobilise higher investment in agriculture.

What happened to it a few years later?

Was the programme able to reverse the declining returns in agriculture in the country? Was it able to ensure minimum income for farmers?

As per an audit of RKVY by the Comptroller and Auditor General (CAG) in 2015, there were deficiencies in the preparation of SAP and DAP. These include lack of agroclimatic study, convergence with other schemes, detailed project reports and involvement of grassroots agency.

“In most of the states, the planning process was deficient in aspects like participation of grassroots local agencies such as gram sabha or gram panchayat,” the report says.

On this, the CAG recommends that “the ministry should ensure that states take up only those projects which are consistent with DAPs and SAPs”. In some cases, “projects not directly related to or not permissible under RKVY had been approved”, the CAG report notes.

As per the Centre for Budget and Governance Accountability(CBGA), a Delhi-based think-tank focusing on public policies and government finances, greater budgetary allocation combined with strengthening of institutional mechanism of RKVY has helped. Funds are being utilised better and adequate flexibility has been given to states to articulate the local needs of the sector. This has played an important role in improving the performance of agricultural sector in the past few years. It adds that “inadequate human resources and targeted investments, lack of proper decentralised planning and monitoring mechanisms are some of the major problems in the implementation of this scheme, which still need to be fixed”.

As per an evaluation of RKVY in 22 districts of Andhra Pradesh in 2011 by ANGR Agricultural University, Hyderabad, the programme failed to “assess the present potentialities of the farming community and the village as a whole and the future requirements”.

Same was the case with tied (conditional) or untied (unconditional) funds transferred from the Central and State Finance Commissions. “A well-coordinated effort of marshalling resources from all segments to boost agricultural growth is therefore missing,” it adds.

This led to duplication of efforts. To deal with this, the CAG report notes that “the design of the scheme may be reviewed to remove complexity and multiplicity of schemes in agriculture sector”.

One of the main objectives of RKVY was to incentivise the states to increase public investment in agriculture and allied sectors. The CAG audit report reveals that of the 27 states implementing RKVY, in 12 states the allocation for agriculture and allied sectors did not increase in proportion to the total allocation during the period under review.

Of the total projects selected for audit examination, 38 percent had “deficiencies in the implementation such as non-achievement of targets, shortfall, non-completion of projects, irregular implementation of projects and diversion of funds”. Though the Centre had envisaged it as a flexible scheme - giving due consideration to selection of projects based on detailed planning - the manner in which projects were sanctioned without requisite pilot studies and regardless of local variabilities compromised its intended bottom-up approach, and resulted in a scramble for project approvals.

The sheer number of projects without exercise of informed judgment made the programme bulky and unwieldy, leading to under performance. No correlation between RKVY implementation and agricultural growth could be established.

As per an evaluation by ANGR Agricultural University, the capacity building of field extension professionals is very important as a majority of middle-level extension and functionaries, field level extension workers of the agriculture department are not well oriented with the RKVY concept, objectives and programmes. This is a highly undesirable situation, which leads to poor implementation. To be specific, a majority of the extension functionaries are not aware of seed management and soil health management components, though these aspects are being addressed with RKVY’s financial assistance.

Phaguni does not know about RKVY, but nurses grievances against official policies because of their countless acts of commission and omission. She does not know whether the public spending on agriculture is declining or increasing, but can sense her deteriorating material conditions. She just hopes to get out of the crisis she is facing.