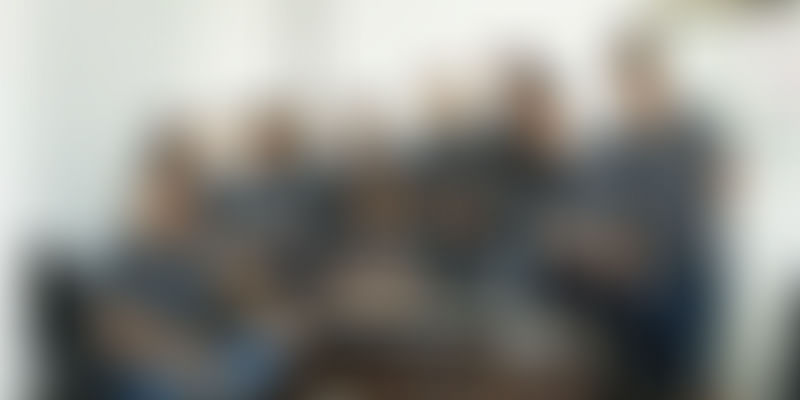 The Logistics Card is like an ATM/ debit card and allows a driver instant access to funds as opposed to bank transactions and wallet transfers to accounts that take time.

Hailing a taxi to work, party or even that coveted holiday with the family was never so easy earlier. And the easiest part of it is that one can, using technology, ensure they don’t even need to carry a wallet anymore.

However, the view from the other side is not as rosy and many taxi drivers, especially in Tier 2 and 3 cities, do not prefer electronic payments. Their reasons are rather simple – conditions like limits on the size of payments and commissions charged on withdrawal from wallets, and even erratic internet connections, make them rather unattractive.

More so for taxi rentals, where the receivables run into several thousands.

This is where InstaCar, an Indore-based outstation taxi marketplace seeks to fill the gap. InstaCar recently launched Logistics Card, which is like an ATM/ debit card, in collaboration with HDFC and Visa so that a driver gets access to funds instantly.

“The transaction size in the outstation taxi market is bigger than what most players are allowing. In addition, they (online wallets) charge 2-4 percent as withdrawal charge which is a lot for the driver community. On average, a driver would lose about Rs 220 per day on outstation trips, making it to about Rs 3000 per month, to withdraw his own money,” says InstaCar Co-founder Ishan Vyas.

While there is no difference in payments for customers, who continue to pay using net banking, debit or credit cards, UPI, and wallets, a driver, on the other hand, can almost immediately get the cash. Payment gateways, typically, take about three days for settlement into an account, but InstaCar processes the payment from its internal funds.

The advantage of this for drivers, who hail from smaller towns, is that they do not need to own a smartphone or have an e-wallet, and the InstaCar card can be swiped anywhere to either make payments or even withdraw cash at the ATM - no internet, no smartphone required.

“Moreover, specifically for driver payments, it’s not possible to hold a transaction because of a failing technology. He has to get fuel filled in his car and for that he needs cash, the wallet balance doesn't really work,” says Ishan.

Cashless, yet the system works for the taxi aggregator and drivers alike as most know how to use a debit card. InstaCar has over 1000 cars in its fleet across five cities and aims to enable cashless payments for its users and drivers alike.

“After demonetisation, people have started opting for online payments, but drivers don’t appreciate the same because they don’t get paid instantly. Banks takes approximately 24 hours to transfer the amount and on long weekends, it takes up to three days to transfer a payment,” says Ishan

The IMPS facility that banks offer also has limitations, primarily the transaction charges on each IMPS transaction. Moreover, integrations don’t come easy since one needs huge investments and there is a lengthy process to integrate the same with banks.

He adds, “Logistics Card is a big step towards simplifying payments both for fleet owners and customers. If drivers would start accepting online payments, more and more online payments would be made contributing to the cashless economy that the country is trying to build."

Adds Co-founder Priyanshi Choubey, “I have personally heard taxi or cab drivers cribbing that payments are delayed because of long weekends. When demonetisation happened, none of the Mumbai auto drivers was accepting any sort of digital cash and this is still the case in many areas. ATMs enjoy the most credibility among a majority of our population that still believes in cash transactions.”

Any driver can enroll for the Logistics Card service at a nominal Rs 500 annually. The taxi business is heavily dependent on field operations, and a majority of its channel partners are blue collar employees. “It’s very important to understand what are their deeper problems. We can never understand the urgency of a small payment for a driver demographic. Timely payment is thus their chief concern and in the age of tech, it can be solved very easily,” adds Ishan.

Early this year, Tata Trust and Google India had launched the ‘Internet Saathi’ programme, partnering with Mobikwik in order to bring digital literacy in India, especially rural communities. Also, Paytm got approval from the RBI for its Payments Bank.

While e-wallets are leaving no stone unturned to include all of India under the ambit of digital payments, with services like the Logistics Card, taxi aggregators are ensuring the driver demographic puts its trust in online payments.