Time for the Indian startup ecosystem to write its exit rules? 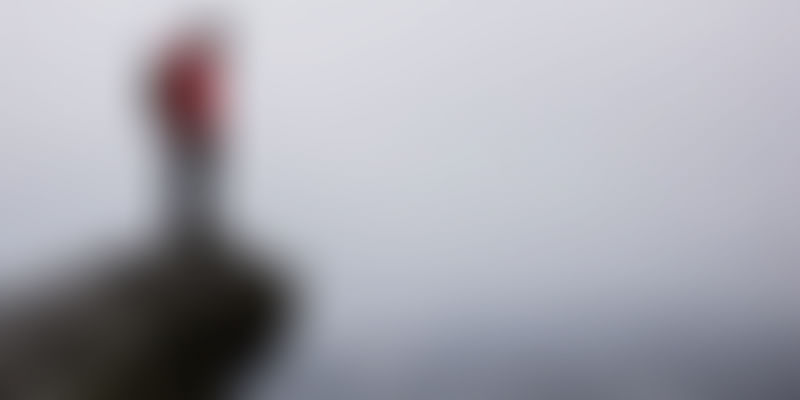 Even with 101 exits so far this year, the Indian startup ecosystem is yet to catch up with other mature markets. Are we judging the Indian startup space harshly for its lack of big exits? Or should India be compared according to the dynamics of its own market?

Talks of exits have been gaining momentum over the last few years, but the big question is, how are companies offering value to their investors.

A decade – that’s how long the Indian startup party has been on. As several startups near their 10th anniversary, investors have begun the countdown to get their money back.

A hitherto tough topic so far, exits are now a talking point in the Indian startup ecosystem.

Over the last three to four years, the Indian startup space has seen a fair share of exits - some stellar, some expected. Now, as VC and PE Funds’ investment horizons close in, talks of valuations, exit methods and the inevitable comparison with more mature ecosystems are gaining ground.

Typically, venture capital and private equity firms invest in a company with a five to 10-year horizon and though this is not cast in stone, booking profits after the said period is very much on the cards.

While initial public offerings and acquisitions remain the most preferred forms of exit for investors in a company, strategic investments and stake buys by larger companies offer bootstrapped founders some much-needed breathing space.

A look at investments made in India over the years clearly shows attracting equity investment has not been the challenge, baring in 2016. According to YourStory Research, between January and June this year, close to $7 billion was raised as funding across 455 deals.

To put in perspective, in the same period last year, the fundraising was even lower than what Paytm and Flipkart have raised just between themselves this year. To throw in another number, the average ticket size of deals in January-June this year was $15 million, against $4 million in the corresponding period last year.

Even with the 101 exits until June, the Indian startup space has miles to cover to catch up with counterparts.

According to a report by Venture Beat and Nocamels, in 2016, the combined exits in Israel stood at $10 billion. In the first half of this year alone, startup exits in Israel totalled $1.95 billion across 57 deals.

The initial public offering route has also not been exactly buzzing in India, with this year seeing no startups lining up to list, and 2016 having seen only Infibeam, Yatra, 7Seas Entertainment, Koovs and Intellect Design Arena listing. In the US, 19 companies took the IPO route in 2016.

“If you look at the venture capital market in India it has been present for close to 10 years but comparing that to an ecosystem that is six decades older doesn’t make sense. India needs to be compared according to the dynamics of an India market,” said Bharati Jacob, Founding Partner, Seedfund.

Bharati, among others, was part of a panel discussion at the recently-concluded TechSparks on exits in the Indian startup ecosystem and was referring to comparisons with the US, China, and Israel.

Despite looking at the domestic market through Indian lens, most investors seek exits in dollar terms, and based on their investment but not on market dynamics and the domestic currency.

Explaining returns and exits, Bharati said that if an investor set up a $100 million fund, a good return would be around three to four times that amount, implying an exit between $300 million and $400 million.

Given that an investor owns 20 percent equity in a company, it needs to be valued at over $3.5 billion for the numbers to add up. “And how many companies in India are valued at that amount? Forget consumer, internet or new-age tech companies -- even if you look at traditional companies, the valuations we are looking at are massive,” said Bharati.

What makes a good exit

There are several factors that determine a good exit. One of the biggest and most important is that the acquirer needs to have deep pockets, and the company needs to add value for the acquirer.

Devendra Agarwal, Founder and CEO of Dexter Capital, and Co-founder of InstaOffice, said, “Players who are deep-pocketed aren’t many, and most are global players, where they are comfortable spending money. Currently, the Indian ecosystem has to develop further and mature to see the kind of acquisitions we see on a global level.”

To this, Alok Goyal, Partner at Stellaris Venture Partners, added, “While we as an industry are lagging, we need to understand that too much money was pumped too soon into the Indian startup ecosystem.”

Most venture funds entered the Indian market in 2006 and 2007, before the 2008 financial meltdown.

While corporate play is opening up in India, many industrialists are still wary of paying premium for a startup. Though some acquisitions have been made by Indian business houses, they aren’t that many to make it count for the Indian startup ecosystem.

Making an IPO requires a company to meet many, many regulator norms, and more importantly, have a rock-solid balance sheet.

The stock market values a company based on its revenue, profitability and visibility of future earnings. Many technology companies in India don’t offer visibility on profitability or revenue generation, making them poor bets. Also, they don’t make a good target for listed potential acquirers as it would affect their own stock value.

“When companies start scaling, and profitable business models get established and the marco economic dynamics begin to shift, exits will shift too. To be honest, it is just a function of time. Secondly, secondary markets need to exist in India. IPOs are hard to get in India, especially for tech companies that haven’t seen profitability in a long while,” said Rajat Agarwal, Vice President, Matrix Partners.

IPOs are a difficult ballgame, more so given the current broad market dynamics. However, there are those that have seen strategic exits, as in the case of HiveMinds Innovative Market Solutions. Jyothirmayee JT said that as a founder, her focus was on certain segments and that would give her company an edge over others, making it attractive for larger players, and to build the right value for an exit.