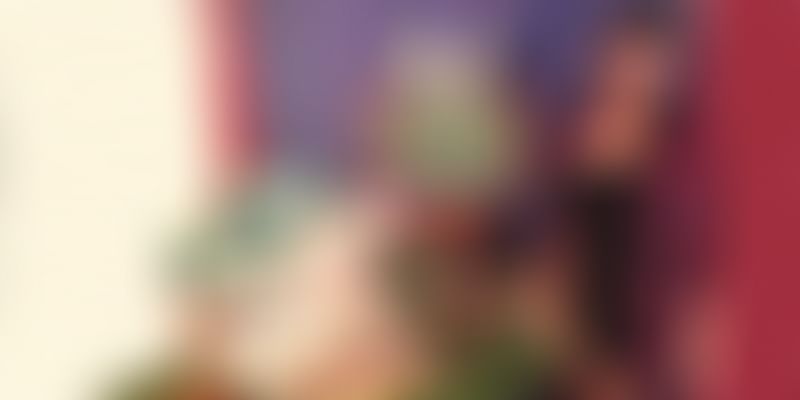 With a sales figure of 7 lakh rupees last month, corresponding to 70 units sold daily, Niharika’s brand - The Little Farm - is anything but little.

Founder of The Little Farm Co., Niharika Bhargava is on a mission against packaged products that are filled with additives and preservatives. The Little Farm offers pickles, superfoods, like flax and chia seeds, and marmalades using the produce -fruits, vegetables and spices – from their own land. The employees at the production unit are mostly women belonging to the socio-economically disadvantaged section of the society.

“Mass-produced products are unhealthy and do not have the same taste as home-made pickles do. Since we already had so much produce from my family’s farm, I decided to establish a brand that could put tasty organic pickles in kitchens across the country.” says Niharika, whose family owns a large swathe of farmland in the interiors of Madhya Pradesh.

Entrepreneur on a mission

Niharika works out of Delhi with a team of six and shuttles frequently between her farm, located in a village called Paharapurwa (about 16km from Khajuraho), and the national capital. The farm currently employs 15 women and three men. They also partner with NGOs in the neighbourhood, which work towards empowering women, to develop recipes and make the products.

Niharika says, “As we do not use any preservatives or additives, some of our pickles may be seasonal in nature (those which expire in six months or less). However, the pickles with one year plus expiry are available all year round. The super-foods are also available throughout the year.”

The Little Farm owns nearly 400 acres of lush farmlands, fed by unpolluted rivers, among some of the most pollution free areas which are bordering government-owned forest lands. There is no industrial activity in the area and fruits, vegetables and spices are grown using organic farming practices.

Niharika says pickling is a common preserving process across the world that has been practised since ancient times. Before the advent of modern-day farming technologies like cold storage facilities and refrigeration, communities were not assured of fresh fruits and vegetables around the year. Fresh crops were available for consumption only seasonally and famines were common.

In the western nations, there was little harvest during the bitter winter months and preparations were made during the summer to survive the chilly weather. Meats were salted, vegetables like cucumbers were pickled in vinegar and fruits were preserved as jams and marmalades. Similarly, in the Asian countries very little grew in the scorching summers and preparations were made in the winters to have food available in those months.

In terms of culinary as well as nostalgic value, pickles are high on everybody’s list since they are an integral part of all kitchens and evoke the taste of grandmother’s cooking. It is these memories that The Little Farm hopes to revisit with their products.

Different combinations of five natural preservatives which are sugar/jaggery, salt, spices, natural vinegar and oil are used for all the recipes. A mixer-grinder is the only electronic gadget in the unit and entire production process is same as those from the pre-technology era.

People wonder why we go to these lengths while making our products. It’s simple - our friends and families eat them too!

From the farm to scores of kitchens

Bootstrapped till date, Niharika is looking to associate with a partner who is strong in retailing and export. The team has also applied for government subsidies and start up assistance offered in the small business sector.

The Little Farm only sells through specialty stores and niche stores currently like Qtrove, Place of Origin, Engrave, Milkbasket, Flavours of my city, The Naamrana shop, Dastkar, Foodcloud and Healthkart.

There is also a huge amount of online orders coming in through their website. Orders of gourmet packs for corporate and wedding gifting are high and sales are generally good at exhibitions and trade fairs as well.