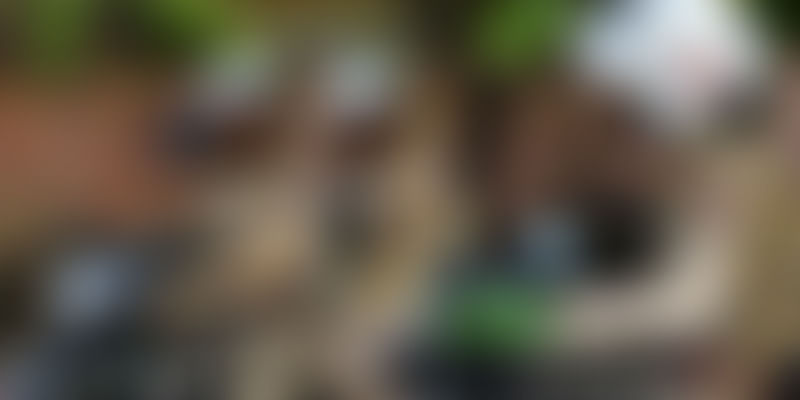 As a “street crimes containment strategy,” a 600-strong all-woman police squad will be deployed on the streets of Delhi next month, that will navigate the city on motorbikes.

The reports based on police data up to November 15 that surfaced recently state that nearly with 11,588 crimes against women in Delhi have been recorded this year, which is almost double the number of crimes reported in 2012.

To combat this problem, the squad, titled "Raftaar" or "Speed", will have the police-women riding in pairs wielding guns, pepper sprays, body cameras, donning state-of-the-art helmets with ear-pieces. While the rider will carry a 9 mm pistol, the pillion will be equipped with an AK-47 rifle.

"They will have all the accessories to make them effective on the ground. Basically, it is a robust street criminal containment strategy," Delhi police spokesman Dependra Pathak told the Hindustan Times.

He also told The Guardian that the motorbikes are the only way to access the narrow lanes and bylanes of Delhi where sexual harassment normally happens, while also being able to easily traverse through the traffic. He adds that if a complaint were to be made from such areas, a patrol van was unlikely to get through.

“The motorbike force, with its hi-tech equipment, will increase visibility on the streets and reassure women,” said Pathak. “Because they will zip through narrow lanes and have GPS, they will have a faster response time than patrol vans. The plan is for them to be used mostly in areas such as university areas where there are a lot of female students.”

The December 2012 gang-rape of Jyoti Singh, a young physiotherapist in Delhi, catapulted the authorities into short-term as well as long-term action plans in order to curb the terribly mismanaged menace of sexual crimes perpetrated against women in India. Measures like a 24-hour women's helpline, gender sensitisation sessions for police officers, fast-track courts for rape cases as well as financing crisis centres for victims have also been instated in the five years since the incident.