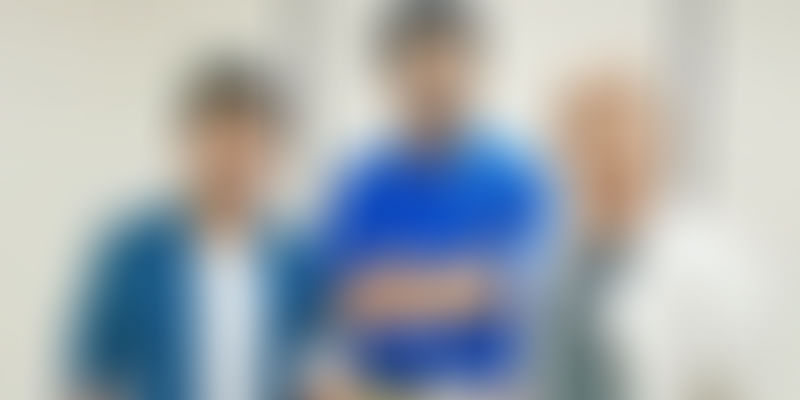 Open Appliances Pvt Ltd (Open App), a manufacturer of industry grade smart locks for enterprises, announced on Wednesday that it had raised $550,000 in seed funding from Axilor Ventures and Kumar Vembu Co-Founder, ZOHO and CEO, Gofrugal.

Open App was conceptualised in March 2014 and officially incorporated in early 2015. The co-founders, Gotama Gowda (26), Rajshekar Jenne (28), Siddhesh Keluskar (25) researched the sector and pivoted from their initial idea of a services-oriented model to focus on an end-to-end smart lock solution for enterprises. The Open App team consists of people from diverse backgrounds ranging from alumni of institutions such as IIT, IISc and have prior entrepreneurial experience.

In an earlier interview with YourStory, Gotama admitted that back in 2014, he wasn’t really aware of the IoT sector, and it was only after a friend told him about the promise the sector held that he dove into it. With the goal of building a digital smart lock ecosystem that can be operated from anywhere in the world, Open App kicked off 2016 by delivering a consignment of 500 smart locks to the fourth largest Internet Service Provider (ISP) in India.

Related read from January 2017- The lock and key are obsolete: Open App brings IoT solutions to the enterprises in need of security

Fastforward to present, Gotama noted that Open App already has a revenue pipeline of $2 million this fiscal year with more than half of it recognised. Relevant for most enterprises with physical assets requiring access, Open App is currently working with large customers in two verticals -

Gotama noted that he is excited about the volume of opportunity available in the physical security space in India. He said,

"We have been able to bring in unimagined levels of operational efficiencies to our customers, directly saving millions of dollars lost each year. We have great validation and partners in Axilor and Mr Vembu who come with decades of experience in building companies of scale. With this round of funding, we plan to solidify product market fit.

With Open App’s smart lock solution, the lock acts as a Wi-fi access point, emitting its own WiFi signal that enables a smartphone in a remote location to connect to its network and then operate it. Open App takes away issues involved with duplication of physical keys, while providing management with detailed dashboards on employee access.

Payal Shah, Head of Investments at Axilor Ventures, said in a statement,

Open App’s solution can be ported to a wide variety of industries and applications. We are excited about the new market opportunity being created by a category leader.

We are excited about the possibilities of automating physical security in enterprises. The young and passionate team at Open App is sure to build the best solution to address all security challenges faced by enterprises that need to manage access to physical assets.

The Open App team believes that the automation industry is set for a paradigm shift due to digitisation in end-user industries. This trend is especially observed with the growing demand for automation of physical security in enterprises.

Globally, most of the market leaders in the space, like August Home, Kwikset, and Lockitron, have their focus primarily on the residential market. Open App competes to a greater extent with players like Latch, which focuses on the enterprise space. Closer home in India, legacy players like Godrej seem to be looking closely at the ‘smart lock’ space for homes and enterprises.

Open App claims that it is among the first to introduce Indian enterprises to the ACaaS segment, thereby creating a new SaaS vertical. The startup also aims to file patents for close to half a dozen innovations around their hardware design. It will use the fresh round of funding to strengthen its product offering and expand into new verticals.