How art classes on Saturdays are helping disadvantaged schoolchildren in Mumbai 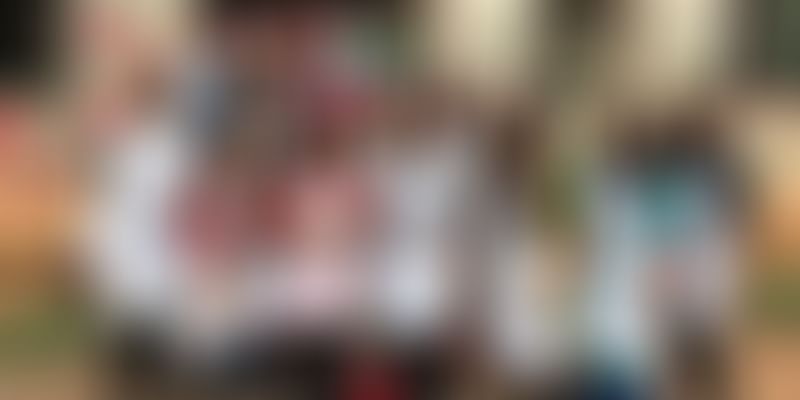 Saturday Art Class helps 1,200 students practise values through art while giving them a space to be children.

As a Teach for India fellow, Manasi Mehan would ask her students about their daily routine, in an attempt to teach them concepts of time. The children would describe their days: waking up, going to school, doing their homework, going for tuitions, and their unstructured playtime. “During playtime, the children were exposed to things they should not have been exposed to: drinking, discussions on murder, and eve teasing,” says Manasi who was teaching at a municipal school in Mumbai.

It was shocking to see eight-year-olds comprehend and talk about these things. A lot of them would cut vegetables and wash utensils in their free time. Their childhood was missing in a way.

And so Manasi, along with Chhavi Khandelwal, started Saturday Art Class in 2017, with the belief that art was a space where children could be children.

Saturday Art Class started as a one-time endeavour. “In the rut of trying to get children to study, I forgot that they were tiny seven-year-old kids,” Manasi says. One child’s mother asked Manasi to teach art classes, because her son was interested in art. “I said I would try, because I was already teaching seven to eight subjects,” Manasi says.

In her second year of teaching, Manasi came across Chhavi, an architect, and asked her to be an art teacher to her children for one Saturday. “The school is open on Saturday, but children don’t come,” Manasi says,

The average attendance of a child falls because of this. It used to be a waste of a day. When Chhavi came for her art class, everyone had a blast. And usually, people teach one class and don’t come back. Chhavi came back the next Saturday, and then the next. She kept coming back.

The goal of Saturday Art Class, apart from providing children a space to enjoy themselves, is also to teach them values. “The classes allow children to practise values,” Chhavi says, “When we teach them about patience, we ask them to keep repeating patterns. When we teach them sharing, they have to share a palette. We practise respect and equality in every class, and also celebrate every festival.” Aside from being an architect, Chhavi is also an art curator. She feels strongly that art should not be limited to the privileged.

At the end of the year, Manasi and Chhavi organised an exhibition of the children’s artwork. They wanted to teach the children the importance of ownership of work and personal responsibility.

The children took around all the visitors themselves and showed them the artwork. They even sold cards. At the end, each took home a salary and bought a month’s worth of ration for their families. This practice-oriented education was possible through art, Manasi says.

From teaching 30 children, today Saturday Art Class has grown to include 1,200 children across 10 schools. From four volunteers, it has grown to 150 volunteers. There is now a core team of five members.

“At the end of my Teach For India fellowship, I was applying for jobs, and Chhavi was working full-time as an architect. This was when some former volunteers said they would like to volunteer again. I would connect them with the new TFI fellows,” Manasi says, “We even sent some volunteers to other classes. It was taking up a lot of time.”

Manasi and Chhavi soon realised they would have to make a big decision, and eventually both of them decided to work for Saturday Art Class full-time.

A crowdfunding campaign helped them grow and grow. “We realised there was a huge need for what we were doing,” Chhavi says.

People want to help, they just don’t know how. Saturdays work perfectly for college students and professionals, and art works perfectly for those who believe they cannot teach Math or Science.

Saturday Art Class provides lesson plans and supplementary material for all mentors. They work in municipality schools, other government schools and low-income private schools, all in Mumbai. They have continued to organise end-of-year art exhibitions, where people can see children’s art and also understand the level of education inequality that pervades the country.

A lot of our classes draw inspiration from famous artists. We have had classes based on the work of Jackson Pollock, Yayoi Kusama, and Nasreen Mohamedi, Chhavi says.

While all avenues for the future are still open as Saturday Art Class decides whether it wants to be a non-profit or for-profit enterprise, Manasi says that the most surprising development for her has been mentors becoming leaders through Saturday Art Class.

“I once sat in a class we had organised,” she says, “And I saw the mentor enter the classroom and take over a teacher’s job effortlessly. Mentors automatically learn to take control of a classroom, because they know they are there for two hours only and want to make as much impact as possible.”

And the mentors concur. Mishi Khatri, a mentor since August, says,

I have grown so much in these few months. Making sure the children take back home something more than just art is definitely a challenge. But in the short while I have been here, I can see them develop different values we try to instill in them. That’s what makes me come back every Saturday.

“I always tell mentors that the greatest gain to them out of Saturday Art Class will be personal development,” says Manasi. “There are 30 pairs of eyes on you throughout the duration of the class. What are you going to contribute this Saturday?”