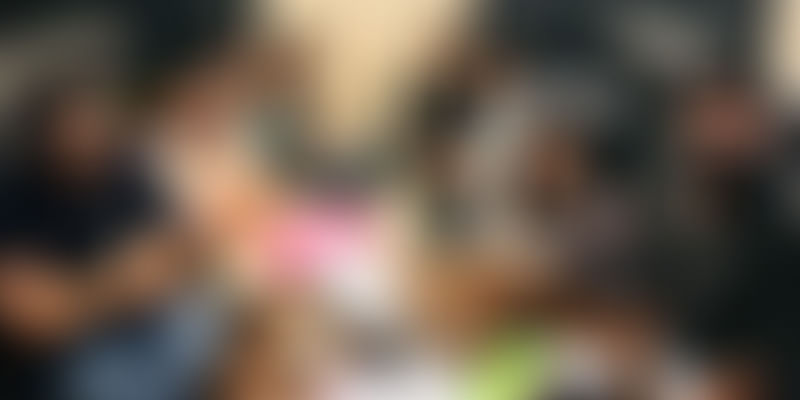 With machine generated news summaries across eight Indian languages, Awesummly aims to capture the imagination of the Indian diaspora.

“There is no content team in our company,” noted Nitin Mishra, CEO and Co-founder of Awesummly, over a phone call with YourStory. Headquartered in Bengaluru and founded in 2015, Awesummly is a news aggregation and summarisation app.

But unlike some other summarisation apps, Nitin claimed that Awesummly automatically summarises news stories without human intervention. Here is an overview of how Awesummly came about and how it works.

Awesummly was founded by Nitin Mishra (CEO), Ankit Dhawan (CMO), and Deepak Mishra (CTO). A power cut in U-block, Gurgaon forced a meeting between Nitin and Deepak, which led to a discussion on topics like natural language processing, social networking, and search. Together with Ankit, the trio finally hit upon the idea for a summarisation platform when they tried to check out what happened to the missing Malaysian Airlines flight MH370, but realised that none of them really read newspapers.

Awesummly was also part of Axilor Venture’s second accelerator batch in 2015 and at that time positioned itself as ‘Facebook for short news.’ In real time, its engine curated news, kept track of related social activities worldwide in various international languages, and gathered information into personalised short content of about five lines.

Fast-forward to 2017, Awesummly currently comprises an eight- member team based out of Innov8, Koramangala, in Bengaluru. In January 2017, the startup raised around Rs 1 crore in funding from angel investors. It is now looking to raise another round of funding to boost growth.

Awesummly aggregates and auto-summarises news from multiple national (India) and international sources by leveraging machine-intelligence. Nitin shared that they recently relaunched the app with a better engine, user interface, and also launched in eight regional languages apart from Hindi and English, which already exist.

Talking about the accuracy of summaries generated, Nitin explained that they had found that their algorithm didn’t work well with ‘emotional stories’ or where there was a lot of complexity in terms of series of events.

So they decided to stick to news which their technology is able to algorithmically summarise and present in a card format. Nitin noted, “All short news contains only headlines and facts and no opinions.”

Awsummly is currently an ad-free app and Nitin reiterates that its current focus is on growth and not monetisation. The app also lets users tweak their experience by liking news stories they want to keep seeing, and bookmarking those they wish to read later.

- Offline Reading: Users can pre-load content and then read offline.

In the long run, Awesummly aims to monetise through native ads and sponsored content. Having launched in eight Indian languages, the goal now is to focus and tap into the Indian market.

Regional newspapers and also players like InShorts, Way2News, Hike News, and DailyHunt are some of the prominent players that are in the news summarisation and regional language space.

Most of the above platforms including, InShorts and Hike use human power to generate summaries. Human generated summaries are generally easier to read, because of better pacing and flow but Awesummly believes that machine-generated summaries help achieve scale faster and can be improved over time.

Apart from summarising news, Awesummly also aims to summarise legal and financial documents in the near future. The goal is to help people cut down on their reading time by facilitating summaries and overviews of different topics and also help them better choose areas to go in-depth into.