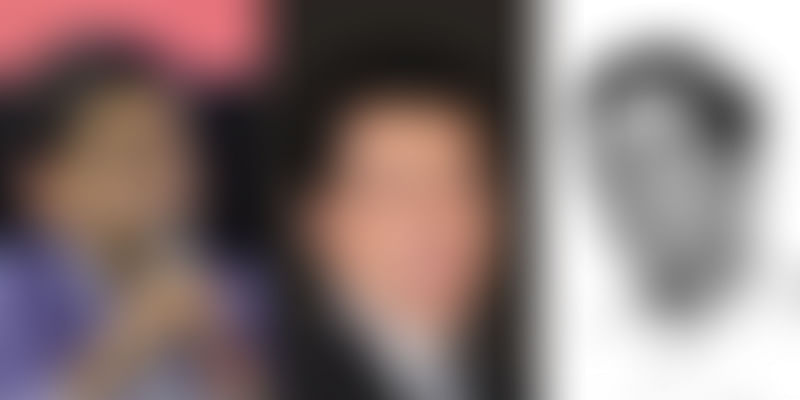 Top CEOs Mukul Bafana, Vishal Bali, and Saumil Majmudar deliberate on what the government should do to ensure continuous growth for startups and other businesses.

In the last four quarters, India has seen an economic slowdown. The implementation of Goods and Services Tax last year led businesses to realign their pricing and mark down products. Along with this policy change, bank NPAs, built over time, slowed down corporate lending, and there was a fall in private investments. This spiralled into slow job growth and low income levels, signaling a slow economy.

However, at a time when the world is growing at 1 percent, India’s growth looks solid. Analysts predict the economy to grow at 6.5 percent going forward, but it has the potential to grow at 9 percent. Industry experts say the government should look at boosting infrastructure and increasing consumption.

YourStory met up with three top CEOs - Mukul Bafana of Arvind Internet, Vishal Bali of Medwell, and Saumil Majmudar of Edusports - to find out what they expect from the budget this year.

Soumil Majmudar: I run a startup that makes sport a part of the curriculum. The government has made it tough with GST; we are charged 18 percent on the service we deliver to schools. They are not looking at sports holistically and are not making it part of the education sector.

They look at a sports budget, which is to build Olympic-level players, separately and look at sports as a business. They don’t view sports as an important part of education. Just the GST itself has killed sports in schools. Singing and dancing classes, even though outsourced by many schools, don’t carry a GST. The problem is that education, healthcare, and sports have different budgets. But there should be one integrated budget. This budget should formalise this step.

Everyone is complaining about angel tax, but for me, it is about working capital that can help startups. There is no adequate focus from the government’s side on working capital, which is the most important element for businesses to survive.

We are supporting startup investments rather than creating a platform that will help them survive operationally in the long run. Everyone is going through a valley of death in our country. There are so many startups that have more than a million dollars in revenues and yet shut down because they have no access to working capital from banks. My company had to tell banks that there is a scheme floated by the Central Government that guarantees collateral-free working capital up to Rs 2 crore.

After all, the running around one bank gave us the loan. This structure should be eased by the government. This is just one problem. There are several others - getting skilled manpower, enforcing contracts. Our legal system does not allow or enforce contracts. So the government must first focus on ease of doing business for companies in the country.

YS: What do you think of angel tax and what should the government do to benefit startups?

Mukul Bafana: The Indian startup ecosystem is flourishing. The government should address angel tax issue because startups need angel money. Calculating the valuation of a startup as a gain, as per the powers of the assessing tax officer, is incorrect.

If these things are addressed, it will boost further investment in India for young ideas. The government knows that B2C startups are doing well and they should now promote digital consumption. Digital payments have been a success last year with the launch of the UPI. It is a good example of the government’s will to go digital. Now, they need to promote it so all merchants and consumers are a part of the digital journey. With digital consumption growing in major cities, every company should integrate UPI, and the government should push the public to use digital transactions.

In the digital journey, how do we boost consumption? We have a healthy middle class that is going digital; anything that boosts digital consumption should be supported. For this to happen, the government must give more spending powers to consumers and should revisit income tax structures.

For businesses to benefit there must be a change in GST for some categories as they are exorbitantly high. There is a need for marginal tweaking in the GST on these few categories. Today commerce is cross-border and across states, so the government should look at the benefits of promoting digital commerce. In terms of angel tax, there should be good KYCs to check angel tax; punishments should not be meted out to investors and startups by the tax officers.

YS: Do you expect the budget to have a focus on healthcare this year?

Vishal Bali: I expect this to be a populist budget. I don't see it much in other things, but there is a need for the government to look at healthcare seriously. Public and private spending is skewed to the private side and affordability has taken a hit. Healthcare spends in this country are abysmally low - as low as 1 percent of the total budget. Can they become 2.5 percent of the budget is the question?

The stumbling blocks include the fact that there is no healthcare agenda in this country. We will just be talking about communicable diseases and how to manage them; we will not build great infrastructure. We need to make healthcare the core sector and give it infrastructure status so that the monies released will be big. Government spending on the healthcare sector should be exponential, not incremental. The time has come to make this happen.

Teleconsulting and remote monitoring needs hardcore infrastructure in Tier III cities. There need to be tax incentives, but it is not just about tax sops alone; it is about getting electricity and water along with good education in these smaller cities. That’s when people will move to these smaller cities to work.

There is a need to go after rural healthcare. Healthcare startups are now making inroads in rural areas and are setting up rural health consultation and neuro health companies. But, the problem is the lack of infrastructure to allow people living in smaller towns to access health care facilities and the lack of support to startups.

There is rapid urbanisation in the country, but I still see Tier III cities not becoming Tier II cities. This is where the government should intervene and improve access to medical infrastructure.