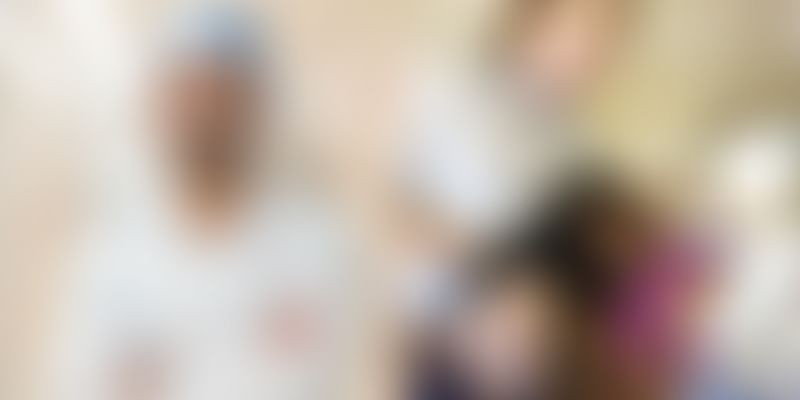 When 41-year-old banker, Toyin Ogundipe, went into premature labour while the flight was in transit, Sij, who is a second year urology resident at Cleveland Clinic's Glickman Urological and Kidney Institute, immediately came to her rescue.

Sij (27) was travelling from India to United States after having attended his friend’s wedding in New Delhi. Tired because of the day-long flight, he had just decided to take a nap, when he responded to the emergency.

Sij, along with a French paediatrician on flight, Stefanie Ortolan, decided to help out the fellow passenger who had gone into early labour. He initially did not realise that the woman was pregnant as she was covered with a blanket. According to NDTV, he said,

As a urologist, I was excited. I thought it was kidney stones, but later found out that she was 39 weeks pregnant.

Since the flight was at 35,000 feet, there was no alternative as it was not possible to land in time to deliver the baby. Realising that the best solution was to deliver on-board, the two doctors got to work and delivered a healthy baby only after 30 minutes of pushing.

According to the The Independent, Sij said,

Her contractions were at least 10 minutes apart, so the paediatrician (Dr Susan Shepherd) and I began to monitor her vital signs and keep her comfortable. We’re trained to stay calm and think clearly in emergency situations.

Within an hour, the contractions had reduced to two minutes apart making them realise that the delivery needed to take place then and there itself. The mother was unperturbed as she had faith in the doctors. She further said,

They did everything a doctor or midwife would have done if I was in the labour room in the hospital. Even better, if you ask me.