Success stories of Swachh Bharat that need to spread across India 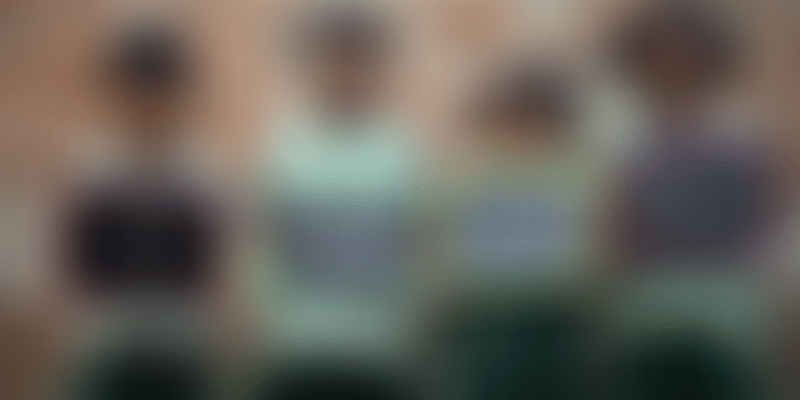 From crowdsourcing funds and building community toilets to self-help groups and lota jalao initiative, citizens have developed unique ways to battle the problem of open defecation.

“A clean India would be the best tribute India could pay to Mahatma Gandhi on his 150th birth anniversary in 2019,” Prime Minister Narendra Modi’s words echoed across the country on October 2, 2014, as he launched the Swachh Bharat Abhiyaan (SBA).

Today as we inch closer to the deadline, a report released by Ministry of Drinking Water and Sanitation stated that 62.5 percent or 400 of 640 districts continue to grapple with the menace open defecation.

Despite increased government focus and dialogue around the issue, the problem of open defecation is far from solved. Over 50 percent of the toilets built remain unused and nearly 60 percent lack water supply, revealing issues surrounding drainage, infrastructure, and public interest.

Yet few districts and states have managed to champion this cause, despite the odds.

We list down a few initiatives led collectively by the government and citizens groups, which have led to large-scale changes and taken India a step towards becoming more ‘swachh.’

The women and children of Brahmpura village in Darbhanga, one of the most backward districts of Bihar, no longer step out to defecate in the open. This has been made possible because of the successful and replicable model formulated by Anand Jha and his team that has helped build over 1,500 toilets in seven villages across the district.

48-year-old Anand, born into a lower-middle class family, had grown up watching the women from his family wake up early in the morning and late in the night, heading for the fields to defecate.

He says, “Luckily for us, later on, my brother got toilets constructed in the house. But those memories still linger.”

Growing up, Anand moved to Delhi to pursue higher studies. He returned to his village 35 years later in 2015, only to be taken back in time. The problem of open defecation continued to be practised across the village.

To break this vicious cycle, Anand and his wife, Nivedita, with the help of then-district magistrate who assured timely reimbursements, decided to start constructing the toilets for the poor with their own money. “Once the initial payment was made, we would rotate funds to build toilets for the others,” Nivedita explains.

They selected a cluster of Dalits from the Brahmpura-Bhatpura panchayat, and identified families without toilets. The local suppliers of sand, cement, brick, and other building materials were made stakeholders in the entire operation.

Within the first month itself, toilets were built for 100 families.

The Brahmpura model was adopted by all 550 villages of the Darbhanga district until every village was declared open defecation free.

Across 22 panchayats of Makhdumpur situated in Bihar’s Jehanabad district, nearly 14,000 women have become the harbingers of social change.

Organised into 1,000 self-help groups (SHGs) operating in different villages of the region, these women have taken charge of cleaning up the area and convincing people to build toilets and end open defecation.

There journey was filled with challenges for men in the village believed that a toilet was an unnecessary construction, especially with borrowed money. Sometimes, the men even damaged toilets under construction to show their disapproval.

Hence, in response, the women of the village assembled themselves in SHGs through the Jeevika programme and started holding community meetings to discuss the ill effects of open defecation.

They also initiated lota jalao, wherein plastic bottles in which people carried water to the field were snatched and burnt.

With assistance from World Bank and daily savings collected through SHGs, the women got much-needed financial help.

Bihar Rural Development Minister, Shrawan Kumar, said that 580,000 SHGs have been set up under the Jeevika scheme, and the government plans to increase them to a million by 2018-19.

Last year on October 2, Port Blair became the fourth open defecation free urban local body in India. And this has largely been made possible because of the initiative to build community toilets.

In response to this study, the Port Blair Municipal Council sanctioned Rs 2.5 crore for the construction of community toilets.

However, the solution was not just to build toilets but also to make sure that they were accessible to everyone; hence, to make both the existing and newly built toilets accessible, the government has started building concrete paths leading to them.

Community toilets with 256 seats were built in 48 areas where open defecation was more common. This was followed by a large-scale awareness campaign and people were also taught about the need to maintain these toilets.

Coimbatore city has started a unique crowdfunding initiative to build toilets across the city.

Started with the help of the district collector Vijayakarthikeyan, this collective effort by the people of Coimbatore has succeeded in building more than 3,000 toilets.

The website Toiletfirst, now also available as a mobile application, is a one-stop window providing all information regarding the availability and construction of toilets. The website facilitates the allocation of land for building new toilets, the availability of details regarding government fund for toilets, and the tracking of the condition of the toilets after they are built.

Thousands of volunteers — college students, engineers, graduates, and social entrepreneurs — are involved in building the toilets. The government provides a seed money of Rs 8,000 for the construction and the rest is collected from the sponsors.

Through social media, Toiletfirst gained a massive following and within two months of its inception, the organisation was able to build 600 toilets.

In Haryana villages, walls carry a painted message: “I won’t allow my daughter to marry into a home without toilets.”

The state government’s “No Toilet, No Bride” initiative linked social norms around the marriage market and access to sanitation.

The importance of building toilets was spread through billboards, posters and radio advertisements using phrases such as “No Toilet, No Bride” and “No Loo, No I do.” This social marketing campaign encouraged families with marriageable girls to demand construction of a toilet in the prospective groom’s family as a precondition for marriage.

In a state with a sex ratio skewed against women, the assertion of their rights to sanitation and proper hygiene by girls and their families holds special meaning. The success of the campaign can be gauged by the fact that private sanitation coverage in Haryana has increased by 21 percent.

The perils of open defecation are today better known, thanks to the collective efforts of government bodies, citizen groups, and individual change agents.

These success stories reinforce the belief that a swachh India is truly possible. You just need to start somewhere — with your own village, or neighbourhood.