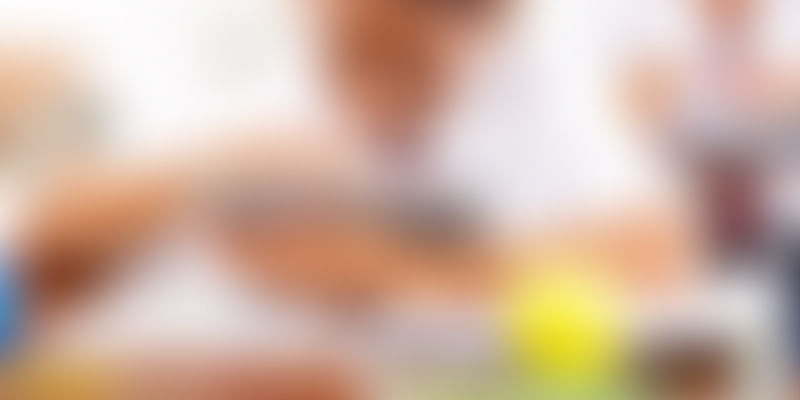 With the Union Budget to be announced shortly, weeks, entrepreneurs in the edtech space are looking for a bigger push towards technology and infrastructure.

Education has always played a key role in any of the government’s initiatives. This year the last Budget for the government before the 2019 General Elections, many expect it to be populist. It also is the first budget after the implementation of the Goods and Services Tax (GST). India has traditionally not invested heavily into technology upgradation in the educational sphere and the sector has consistently suffered on account of this. For instance, the whole smart classroom concept is yet to take off, even with the availability of the technology, as teachers are not adequately trained.

Last budget the education sector accounted for 9.9 percent of the total budget to Rs 79,685.95 crore. Of this Rs 46,356.25 crore was allocated for schools and the remaining for higher education. It is likely that Right to Education (RTE) and the mid-day meal schemes will get higher allocation than last year.

In the last budget Finance Minister Arun Jaitley also initiated many schemes and programmes like setting up of National Testing Agency, HEFA, SANKALP, etc. The renewed focus and initiatives towards the education space along with the push towards using technology to drive better education is the need of the hour. But it is not clear whether government has taken active note of the same.

Mayank Kumar, Co-founder UpGrad believes in the last budget there was an increased focus on the quality of education and learning outcomes that was constantly stressed by the Finance Minister, as well as online learning - evident in the focus on SWAYAM. Other highlights included an emphasis on empowering some higher education institutes to become world-class institutions and some impetus for continuing education for working professionals.

Some of the key expectations from the education sector for the budget this year include:

“The budget should have several measures to increase infrastructure spending to grow jobs, along with increasing custom duties and opening up FDI to shift more manufacturing and services to India. As the informal sector has been hurt the most with the crackdown on parallel economy, Budget 2018 will have sops for the small-scale sector and bring low levels of taxes for the ease of compliance,”

He adds that another key focus area for the budget this year is the revival of stalled products like the infrastructure projects as per Centre for Monitoring Indian Economy (CMIE).

This year, one of the biggest expectations, from Assocham, from the budget is tax relief for higher education under GST.

“India has seen a huge surge in edtech startups which are trying to contribute towards better quality and reach of education across India. For this ecosystem to get a boost, reducing the tax burdens, especially the GST on education services and teachers will be very helpful.”

Zishaan Hayath, Co-f0under and CEO Toppr says that if the current GST slab of 18 percent goes down, there could be a significant lowering of the barriers to capital attainment. This would, in turn, stimulate the growth of the sector by a considerable measure. Setting aside a budget to integrate technology in government institutions and encouraging technology start-ups to participate would be another significant step.

The team at UpGrad also believes that to change how people perceive education, it really must be treated as an investment to avail tax benefits etc for. The team believes that there is no reason why GST should be applicable to education companies (18 percent tax) when even restaurants are paying around 5 percent.

This disincentivises even the most committed players sometimes and does not help in changing attitudes about education being taken seriously for long-term benefits and building human capital.

Given the push towards Digital India, not many programs were focused on the new age tech-based companies focusing on education. In fact, with the implementation of GST, companies that are trying to organise the unorganised education industry are facing challenges especially due to higher tax slab and inability to claim input credits.

“Solving the problem of a skewed student-teacher ratio is, equally, the need of the hour. The government needs to encourage the introduction of technological tools within the classroom. It could be done by allocating a significant portion of the education budget to the development and integration of online learning within the traditional curriculum.”

The government should enhance the quality of primary education as without learning at the first level, students cannot successfully reach or learn at the higher level of education. Learning outcomes at the elementary and primary stages have consistently declined over more than a decade and likely contribute to low enrolment and learning levels at higher stages.

“In addition, secondary education needs a lot more attention from this government; falling budgetary allocations, no law backing it unlike the stage of education preceding it (RTE) and no detention at the elementary stage is contributing to sudden high dropouts and low levels of learning.”

“Technology must be promoted as a way of aiding learning and even included in curricula to make learning more relevant and students more employable. Pedagogy, quality, technology platform and other services support that can be provided to students, across all education segments, must be paid attention to. Even PPPs can be explored - kind of like the partnership we at UpGrad have with GOI's Startup India. Skilling initiatives must also be taken seriously.”

Also, while this year may bring a populist budget, few believe that it will affect the education sector, as it will be the key areas of focus.