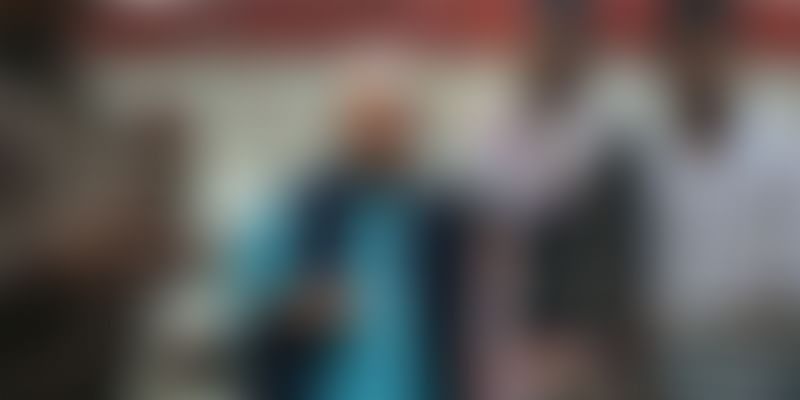 Hailing from Ghazipur district in Uttar Pradesh, Aarti has been selling tea to finance her education. She made headlines when the Minister of State (Independent Charge) of Communication, Manoj Sinha, visited her stall to have tea, and provided her a government scholarship of Rs 40,000.

Aarti’s father injured his legs due to which he cannot walk and her mother also suffers from a serious illness; thus, Aarti took upon herself the financial responsibility for her family and started a tea stall with her younger brother in Ghazipur.

She now looks after the education of her two younger brothers along with her own. Aarti's brothers study at the Kendriya Vidyalaya and she sells tea near the poppy factory of Ghazipur to earn livelihood for her family.

Manoj Sinha, who is also the Minister of State for Railways, recently visited Ghazipur for the inaugural ceremony for treatment in the Life Line Express. His personal secretary Siddharth Rai had informed him about Aarti, and thereafter, Sinha decided to go pay her a visit.

Aarti, who has completed her BCom from Sahajanand College in Ghazipur, said that she had always wished for the minister to have tea at her stall. She was excited when he actually did come to her stall during his visit. Manoj Sinha sat on a bench near the stall to have tea and further enquired Aarti about her studies.

The minister paid Aarti for the tea and reassured her that he would provide unconditional support for her education. The crowd that gathered around was initially surprised to see the minister at her tea stall. However, they were all praises for the BJP leader when they learned the reason for his visit. The minister further said that he was extremely concerned about Aarti's studies, and would help her get admission in a Basic Training Course (BTC).