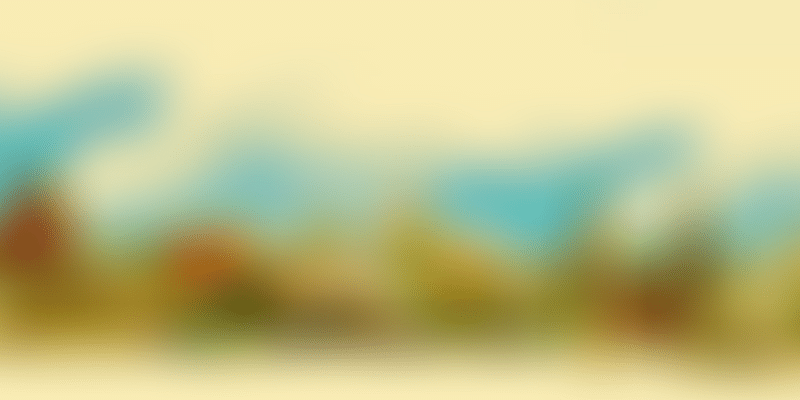 Competitors or rivals? While Bengaluru currently holds the top spot in terms of being a startup hub, challenger Hyderabad has the right metrics to stage a coup.

This is one competition where everyone wins. Since the formation of Telangana in June 2014, capital city Hyderabad has been in the limelight – be its status as the shared capital of Telangana and Andhra Pradesh, or the political strife that came with the bifurcation.

Competitor Bengaluru, in the meanwhile, was quietly strengthening its position as the leader when it came to not only the IT and ITES services industry, but its flourishing startup ecosystem as well.

To give due credit to Hyderabad, since 2015, the city has been making demonstrated efforts to push itself back to the forefront and build a strong startup ecosystem, and of course also take on Bengaluru. The latter, though, retained its top spot as startup champions Ola, Flipkart and Swiggy went from strength to strength.

From government-led startup policies, to ensuring ease of doing business, to building an ecosystem that promotes mentorship and development, Hyderabad has been making all the right noises. The city of the Nizams also has T-hub, one of the most ambitious incubator project led by a state government.

The unspoken battle between the two cities is evident in the way their respective state IT ministers aggressively push towards building a strong startup ecosystem. Although data suggests Bengaluru is currently leading the startup race, and by a big margin at that, Hyderabad will pit itself as a strong challenger in coming years.

Here is why the unfolding Bengaluru versus Hyderabad story is one that should not be missed.

Kalvakuntla Taraka Rama Rao, popularly known as KTR, is Telangana’s flamboyant minister of IT, and is leaving no stone unturned to make, and project, his state as the country’s startup hub. KTR and his counterpart in Karnataka, Priyank Kharge, are in close race for their capital city to be the best startup hub in India.

Even as this article goes to print, Priyank Kharge is readying to launch a report on the fabless semi-conductor startup ecosystem. As Karnataka’s elections come closer, the IT minister has managed to speed up efforts to deliver Karnataka as the startup hub of India, having launched Centres of Excellence in Agriculture, Data Science, Artificial Intelligence, Blockchain and Cyber-Security.

"Bengaluru has great talent for Machine Learning and AI. Also, a lot of the large businesses are here where we can pilot our ideas, as a B2B startup, we have an ecosystem that supports us and there are a lot of startups willing to co-create together. The city is also culturally very diverse," says Krishna Reddy, founder of Topo, a product startup.

Karnataka has also set up a fund for startups with a corpus of Rs 300 crore, and has funded 44 startups. A part of this fund also looks at agri-startups, and has allocated a corpus of Rs 10 crore. Of the startup corpus, Rs 200 crore has so far been disbursed. In Bengaluru, the sectors seeing the highest startup activity are fintech, edtech, agritech, media and real estate. From 2017 to date, the top-funded sectors are ecommerce, transportation, healthtech and fintech.

“The government has provided the infrastructure and the support, now the industry and startups have to work together to create excellence in technology and train talent,” says Priyank Kharge.

Telangana recently hosted the Global Entrepreneurship Summit, which had entrepreneur and US President Donald Trump’s daughter Ivanka Trump and Prime Minister Narendra Modi in attendance. At the World Congress IT (WCIT-2018) and NASSCOM ILF 2018, KTR said that the country’s largest incubator, T-hub, houses over 200 startups, and Hyderabad is the second largest IT exporter in the country. He added that Telangana had been ranked number one by the Centre in Ease of Doing Business.

The Telangana Government also has a State Innovation Cell, which has Phanidra Sama, Founder RedBus, as the Chief Innovation Officer.

While the scale is currently tilted in Bengaluru’s favour, Jay Krishnan, CEO of T-Hub believes Hyderabad’s startup strategy is far more compelling than that of Bengaluru. T-hub has 17 corporate programmes running for startups, which include the likes of Uber, Boeing and Cisco. It has even entered into a partnership with Nasscom for a Centre of Excellence in Data Sciences and AI. It believes that in the long run, outcomes would outpace announcements, and that is its approach to create innovation in India, said Jay.

Anu Acharya, Founder, Mapmygenome, a genomic healthcare startup based in Hyderabad says, “One of the biggest push for Hyderabad is the fact that the government has made it easier to do business. The movement is much faster. When I started Mapmygenome, there wasn’t anything like a T-Hub in the city, today there is a T-hub, government aid and support.”

For any startup to thrive and grow, a strong support ecosystem is needed. “Karnataka is growing because it has historically been a technology hub, and has strong leaders in the political side supporting investments in startups. But, with good leaders in both states, Hyderabad is not far away from becoming a good startup hub,” says Mohandas Pai, founder of Aarin Capital.

In Hyderabad, financial services, fintech, healthtech, and gaming were the big sectors between January 2017 and January 2018. Ramesh Loganathan, who was interim Chief Innovation Officer for Telangana, a startup mentor and advsior in Hyderbad, and professor co-innovation, IIIT Hyderabad, believes that while Bengaluru has the large global companies looking closely at it, Hyderabad isn’t far behind.

Uber, is setting up its largest technological centres out of San Francisco in Bengaluru and Hyderabad, while Google has its research and development centre in Hyderabad. Yet, Bengaluru has a slight edge here, Ramesh explains:

“Bengaluru has that advantage because it has been the first choice for many. This makes it easier for many to start their innovation offerings in the city. Also, the successful entrepreneurs who come back mostly from the US come back to Bengaluru. Their voices are heard. This just makes Bengaluru a little more louder.”

Despite not having influencers in the city, Hyderabad has strong support resources. Ramesh adds that when it published a report on the different support entities in the city two years ago, there were close to 120 different ones, across nine to 10 sectors.

“The ecosystem in Hyderabad is extremely well-connected, and is more organised. This brings higher applications, and offsets the problems of not having different voices,” says Ramesh. Apart from this, Telangana is also home to IIIT, IIT and ISB, which gives it access to a rich engineering and management talent pool that is much needed for a thriving ecosystem.

The funding scenario reinforces Bengaluru’s claim to the top spot. While Bengaluru’s numbers in terms of funding clearly overshadow those of Hyderabad’s, the latter has a different view on this. According to YourStory Research Data $8.2 billion was invested in Bengaluru between January 2017 to January 2018, as against $805 million in Hyderabad. While most of the significant bump in numbers is thanks to startups like Flipkart, Swiggy, and Ola, all based out of Bengaluru, raising funding, Hyderabad still has a long way to go.

“We are not looking at the world from the lens of funding. Funding misses out on a lot of companies and rejects ideas that can actually become businesses. In T-Hub, we are getting corporates on board to work with startups and create programmes for them to scale up. Innovation and growth comes with training and we want to focus on making that change,” says Jay.

That said, the Telangana government is working to ensure the funding scenario changes. Ramesh adds that most of the numbers do not take into account the seed and angel level funding. Anu agrees that as an entrepreneur, while it is a challenge to raise funds , there are different steps that the government is taking to encourage the VC community. Also, there is a growing presence of investment firms in the city.

Apart from this, the Hyderabadis point out, the city has a trump card in the form of RICH (Research and Innovation Circle of Hyderabad). The aim of RICH is to bring academia, educational institutes, and industries in touch with venture capitalists, incubation funds and angels. RICH aims to fuel entrepreneurial activity and bridge the gap between the academia and industry bodies.

One of the biggest drawbacks that Bengaluru faces is its poor infrastructure. The traffic snarls, poor connectivity, and a city bursting at the seams makes it difficult for newer players to look at the city.

While Bengaluru may be leading the pack now, its infrastructure bottlenecks may just become the albatross around its neck, leading startups, and innovators to Hyderabad.

“One of the biggest advantages that the Bengaluru startup ecosystem has had is that it has successful names and entrepreneurs who are a part of the city. Hyderabad needs a few of these wins as well,” concludes Ramesh.