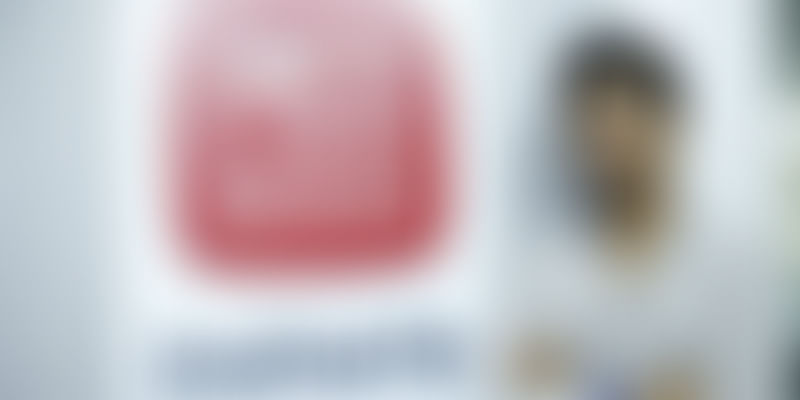 Short-form content pioneer Circa was unable to monetise despite raising $5.7 million and had to shut shop. But Inshorts’ three-pronged approach to revenue seems to be working.

Popular content discovery and distribution app Inshorts posted the first ad on its platform in July 2016 and started monetisation with brands like Airtel, Omega, and Audi. Fast forward to 2018 and the Delhi-based startup claims to have over 100 advertising partners on board and was operationally profitable in the last quarter of 2017.

It all began in 2013 when Inshorts, then called News in Shorts, was started by Azhar Iqubal, Anunay Arunav of IIT Delhi, and Deepit Purkayastha of IIT Kharagpur.

The trio had observed that the youth in India was increasingly getting disconnected with the idea of reading news every day. Being youngsters, they could relate and understood that the long-form nature of news items made it difficult for most youth to keep up with all the latest national and global happenings.

The trio launched a minimum viable product (MVP) in the form of a Facebook page that provided news summaries in the “Shorts” format. Encouraged by the market response and validation, the three decided to take leave from college, to start up full time. Their entrepreneurial journey began from TLabs incubator in 2013, which was followed by a seed round from Times Internet and a group of angel investors, including the founders of Flipkart.

In 2015, Inshorts raised Rs 25 crore in a Series A round from Tiger Global and Rebright Partners; four months later, it raised Rs 127 crore in Series B led by Tiger Global. The startup kept the platform ad-free as it sought to focus on the product and onboard users. Then they enhanced their focus area and rebranded from News in Shorts to Inshorts, to focus on content beyond news. Inshorts also went on to acquire Retention.ai, a data analytics startup that helped app developers analyse user behaviour.

Azhar, CEO of Inshorts, told YourStory that the startup currently has a 160-member team and 60 percent of this team looks after content discovery and summarisation. The rest of the team focuses on other roles like sales, marketing, and technology. While InShorts has users across diverse age groups, Azhar says their most active users fall in the age group of 20-30 years. InShorts is active in Hindi, but says the English format has more engaged readers at this stage.

Speaking about revenue, Azhar says Inshorts had net revenue run rate of Rs 25 crore for 2017. He adds that the startup was operationally profitable for the last quarter of 2017.

Inshorts is free for end consumers and monetises through B2B channels through advertising. Azhar noted that brands typically sign up for ads and sponsored content together through annual contracts, and pay on the basis of impressions (views) and engagements (likes and shares).

Currently, Inshorts is working with almost 100 advertisers and claims to be adding around 10 new advertisers every month. Their client list includes brands like Vodafone, Oneplus, Mercedes, and Myntra. ​The platform provides non-intrusive ad formats that fall under three main categories:

Azhar says that of the three categories, the 60-word format is the most popular choice among advertisers and Inshorts charges a premium price for it.

In this age of ad blockers, most media houses are feeling the pinch and looking to generate revenue through ads and sponsored content.

Jonah Peretti, BuzzFeed Founder and CEO, had noted in December 2017,

The media is in crisis. Google and Facebook are taking the vast majority of ad revenue, and paying content creators far too little for the value they deliver to users. This puts high-quality creators at a financial disadvantage, and favours publishers of cheap media: fake news, propaganda and conspiracy theories, quickly re-written stories with sensationalistic spin, shady off-shore content farms, algorithmically generated content, and pirated videos.

Facebook has since announced plans to fight engagement-bait and push pages and posts that post more authentic content. But another cause of worry for brands is the fact that Facebook is in the process of changing their algorithm to decrease reach of business pages and give more priority to posts by friends and family.

Focusing on the content summarisation space, Circa, located in the US, was one of the pioneers in the space of short-form content, and had raised $5.7 million in funding, but was unable to figure out a revenue model and was forced to shut down. Closer home in India, Hike messenger and Way2News are two platforms that also summarise news stories.

But Azhar believes that competition is more validation for them. In 2018, he aims to onboard 100 more advertisers and increase their net revenue rate by four times. Inshorts also aims to venture more deeply into video content and regional languages. Video content would also likely mean video ads and entering the realm of Instagram and Snapchat stories. Timely, for Mark Zuckerberg believes that stories will soon overtake posts.

Azhar also notes that Inshorts hasn’t started pushing ads along with their Hindi content yet, and there was room for growth.

Talking about the financial front, he says their burn rate has been low compared to the media average and much lower compared to other capital-heavy startup sectors like ecommerce and core technology. Inshorts may try and raise growth capital, depending on the situation, Azhar says.