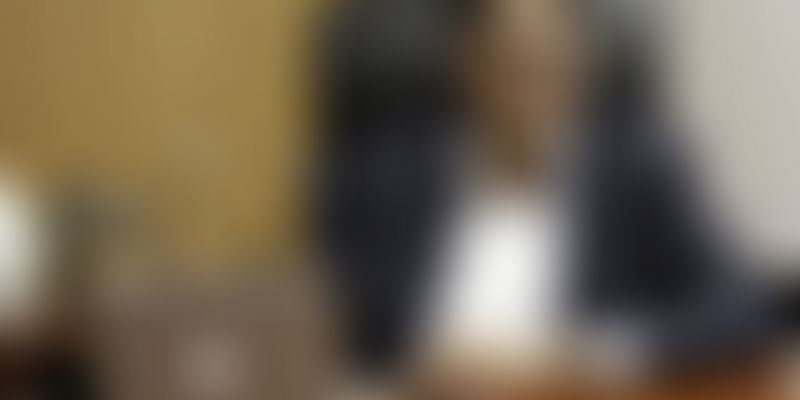 This Pune-based startup uses AR, VR and AI technologies to create personalised gaming experiences for users. It wants to be “India’s Tencent” in mobile gaming.

Where is it based: Pune

Funding: Investments of $25 million so far from Jetline Group of companies, Kris Gopalakrishnan (of Infosys), and a clutch of small investors

JetSynthesys was born out of a seven-decades-and-three-generations-old textile and manufacturing business run by the Navani family in Thailand. In the 2010s, the Jetline Group of Companies as the Navanis’ business was called, started venturing into India’s IT/ITES, personalised entertainment, mobile and gaming space.

India’s smartphone revolution was just round the corner, and Jetline wished to stay ahead of the curve by building products and services for the young, emerging, mobile-friendly consumer class. It tapped into desi consumption patterns and realised that ‘ABCD’ — Astrology, Bollywood, Cricket, Devotion — was driving mobile engagement in the country.

Thus, in 2014, Rajan Navani, the Vice Chairman & Managing Director of Jetline (India), set up JetSynthesys to offer “personalised” experiences in mobile and digital gaming — a nascent sector at the time. While several markets in Asia were big on their gaming culture, Indians spent more time on email, voice, social media and general entertainment.

JetSynthesys saw this as an opportunity to become “India’s Tencent”. While Tencent had revolutionised China’s mobile space with a slew of communication, gaming and entertainment apps, JetSynthesys aspired to do the same in India, starting with mobile gaming. The biggest challenge, of course, was to build “world-class” products leveraging the latest in consumer technologies.

Founder Rajan tells YourStory, “Indians were used to global products like Facebook. Our games had to compete with them. So, we made strategic investments in Silicon Valley and in India to get the best talent in design, engineering and tech. Our products got value additions from several international markets.”

JetSynthesys focused on celebrity gaming, which it expected to drive consumer “acquisition, retention and monetisation”. Top Bollywood and cricket stars from Salman Khan to Sachin Tendulkar were signed up to help create new-age gaming properties that utilised AR, VR and AI technologies to deliver innovative and never-before-seen experiences to consumers.

Kris Gopalakrishnan, one of the early backers of the startup, called Sachin Saga a proof of what was possible in gaming by blending VR, AR and AI in technologies. Of course, a physical game can never be replaced by a virtual game, but technology can help in near-accurate artificial simulation.

Rajan says the level of engagement on Sachin Saga was 2X of what JetSynthesys had experienced in its prior products. “We had an average session of 26 minutes, and there were two sessions per user every day,” he says.

Though gaming is not yet mainstream, Rajan believes the next phase of growth will happen at the speed of light. Rising internet and broadband connectivity and the ubiquity of smartphones will herald a new gaming environment in India. “My grandfather focused on roti, kapda, makan as the three key things of life. For my daughter though, the internet connection is more important than the food she eats,” he says.

This change in the mindset of young, mobile-savvy Indians is what will make gaming more accessible and engaging. But, while “India will always catch up on user numbers” given the sheer size of its consumption class, monetisation remains an unsolved puzzle.

JetSynthesys uses the “freemium model” which seems to be driving mobile gaming businesses worldwide. While app downloads are free, a user can proceed in the game through in-app purchases that gives them special powers, shots, skills, etc. But, users will spend only when he/she finds the game engaging enough.

Hence, the quality of experience and “personalisation” on offer is the key. “Mobile gaming is a ‘pull’ category as opposed to traditional entertainment which is ‘push’,” says Rajan. Higher user engagement will also generate brand interest in the product, and mobile gaming as a category. It is a $1 billion market right now but has the potential to grow in no time.

“Brand spends on mobile gaming are very low compared to TV. But the opportunity is huge. Gaming can drive captive communities in the future,” says Rajan.

In order to appeal to a wide section of consumers, JetSynthesys is working on gaming products that can draw more women. So far, 85-90 percent of its audience is male. Globally too, mobile gaming is a man’s world. But the Pune-based startup confirms an upcoming product (without divulging its name) which would blend gaming and comedy — a genre that drives a lot of female participation and consumption in India. Rajan says, “Female gaming consumption is low. We are working on a product to change it.”

JetSynthesys is gearing up to ride the tide.