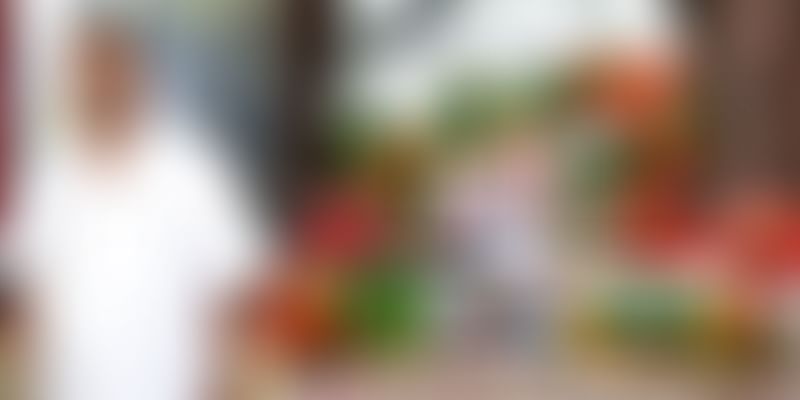 With its herbal cleaners, insect repellants, pet products, and more, Bengaluru-based Herbal Strategi advocates a clean and natural life without the use of chemicals.

Serial entrepreneur John Thomas was in search of new adventure. Around the same time, he developed a serious respiratory infection, which the doctors suspected was being caused by the carcinogens in chemical-based mosquito repellants.

As is second nature to him, he saw this as an opportunity and jumped straight in. Market research revealed that there were no healthier alternatives to chemical-laced mosquito repellants. This, in 2011, led to the launch of Herbal Strategi, which offers natural, herbal products in the segments of repellants, cleaners, petcare, and others.

John speaks proudly of the extensive research that goes into each of his products. Their first product JUSTSPRAY, a herbal mosquito repellant was launched after more than a year of rigorous filed research. The team started with 10 formulations and tested them on all 400 breeds of mosquitoes. This pursuit took them to Kerala, home to most breeds of mosquitoes.

Over the years, have they have partnered with Central Institute for Medicinal and Aromatic Plants (CIMAP), a plant research laboratory of the Council of Scientific and Industrial Research (CSIR) for research and certification.

“In Herbal Strategi, I have found my true calling. We believe that it is possible to ensure good health, a clean home, and a healthy pet without the use of harmful chemicals. We work with one objective – to bring to customers high quality herbal products that are free from chemicals.”

Such a long journey

Armed with an MSc from Punjab Agriculture University in aquaculture and an MBA from Cochin University, John chose to first gain industry experience in marketing before venturing out on his own. He worked for decade across various companies; his own company Strategi was born in 1991.

“It started with just me and my partner. We knew we had to start something, though we were not sure what exactly. We found an office space in Nandidurg Road, Bengaluru, and literally started with just two chairs and a table,” he says.

They started by partnering with Swiss trading company Louis Dreyfus to trade coffee in India. Research took them to Chikmagalur, Coorg, and other coffee estates across Karnataka. After setting up a successful business in India, they expanded the Louis Dreyfus trading business in Africa.

John and his partner also tried their hands at retail, which was at a nascent stage at that point. “We set up Bargains Bazaar on Sarjapur Road (Bangalore). There were very few entrants in this business then. We made some initial inroads, but then ran into losses and had to wind up that business. My life would have taken another trajectory if we had tasted success, considering the retail boom now. But I have no regrets.”

It was when the long association with the trading firm ended in 2008 and he and his partner parted ways that a new stage of explorations and soul-searching began for John. It was during this period of considerable stress and self-doubt that the idea for Herbal Strategi was born.

He recollects each of his experiences fondly and asserts that each one taught him valuable lessons for life.

“No new venture is easy and for an entrepreneur, there are multifarious challenges. It is only when one faces challenges boldly that one can taste success.”

This entrepreneur is all praise for and acknowledges the support he receives from his family and his team at work.

“My family has been the biggest support system when I started on this journey. The driving force of Herbal Strategi is a highly motivated team of individuals, starting with me,” he says.

Mosquito repellant is an essential item used in every Indian household, thanks to the ubiquitous mosquito and the ever-looming threat of dengue, malaria, chikangunya, and other mosquito-borne diseases. With rising awareness of the dangers posed by chemical-based repellants, there is a steady increase in demand for herbal and natural alternatives.

“The market size is huge. Approximately Rs 3,600 crore in India for insecticides alone. To be honest, we have no competitors. You can say our competitors are mainly brands that manufacture products with chemicals. So yes, we are the only healthy alternative,” John says.

JUSTSPRAY is well established in South India and soon plans to expand to other regions. They have started their own franchisee stores across Bangalore and will soon do so in other cities as well. Their products are also available across the shores in the Middle East and Africa.

“The journey has just begun. Still a long way to go, but then an entrepreneur’s journey always begins with an idea. My story has just begun. I am 58 years old, but my energy levels can match a 25-year old,” John signs off.