These young engineers from Kerala develop robot to clean manholes 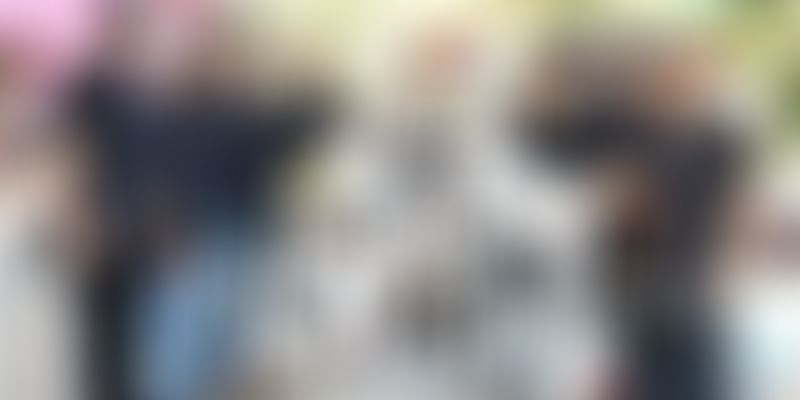 Despite the ban against it, manual scavenging is still a very disturbing reality. However, it might become a thing of the past with a number of young engineers from Kerala coming together to build a robot to carry out this abominable task.

The robot that will now be utilised to clean manholes has been developed by a startup called Genrobotics. The trial runs held recently for the robots was a success, and the product is expected to be launched soon.

Equipped with Bluetooth and WiFi, the robot has control panels with four limbs and a bucket system. It is, in turn, attached to an extension resembling a spider web which will scoop out wastes from the sewage.

Kerala Water Authority (KWA) has joined hands with Kerala startup mission to bring about the project. The aim of the mission is to address issues regarding sanitation by converting new ideas into applied technologies. While speaking with the PTI, Managing Director of KWA, A Shainamol, said,

The Kerala government is very excited with the project. Our intention is to promote local talent. Now the product, being fully funded by the government, is ready and it will be launched next week.

The robot has been named Bandicoot, and will be first utilised in Thiruvananthapuram, which has nearly 5,000 manholes.

These bunch of young engineers were motivated two years ago by the death of three sewage workers on Bengaluru outskirts. This was when these young techies decided to come up with an innovative idea to combat the much-persistent problem. While speaking with the Hindustan Times, the 24-year-old CEO of Genrobotics, Vimal Govind, said,

I worked more than one year in the TCS to earn some money to fund the stage one of the project. We nine classmates of MES Engineering College in Kuttipuram came together quickly and developed the first prototype in six months.

While they struggled for funding in the initial phases of the project, the young entrepreneurs say that the money is now pouring from multiple sources. The robot costs around Rs 3-5 lakh, and weighs 80 kg. The segment of the machine that goes inside the sewer weighs only 30kg.