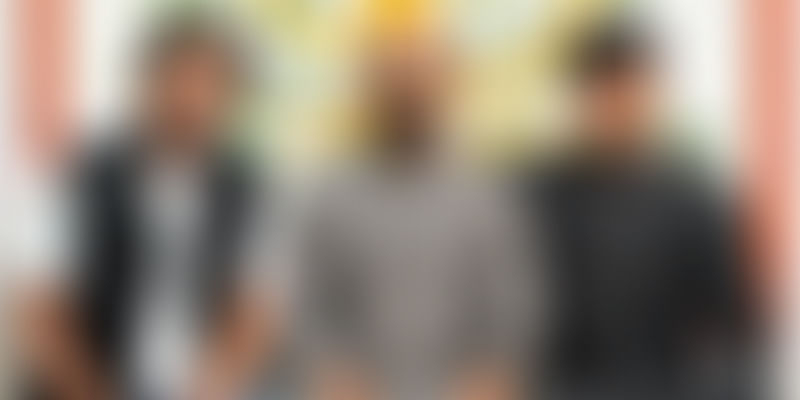 Built on the idea of affordability, safe stay and the love for backpacking, Aaohostels is an aggregator of hostels and includes self-owned franchisee-based hostels.

Picture this - three friends decide to attend the largest peaceful congregation on earth - the Kumbh mela - and come out with a startup!

That is, in short, exactly how Saurabh Jain, Mahendra Pyati, and Mahesha S started on their entrepreuneral journey. While at the Kumbh in Nashik in 2015, the three saw one basic problem - finding a clean, safe, and budget-friendly place to stay.

“We planned to solve this problem by renting a few empty apartments, and providing the pilgrims with dormitory-style accommodation at low cost, and got a very good response for it,” shares Mahendra. That was the beginning of Aaohostels.

Since the three founders were themselves travellers, and had stayed at hostels in Europe, they planned to pilot the concept of finding and living in hostels in an urban environment such as Bengaluru. With a limited budget, the three started one in less than two weeks.

Aaohostels is primarily a hostel aggregator platform, but has self-owned hostels as well. The company's backpackers hostels are branded #AAOSOME hostels, while the ecommerce marketplace for hostels isAaohostels.

The Aaosome hostels work on a franchise-based model. Mahendra says, “We plan to be unique with every hostel we create. We currently have two operational hostels.” One is the Aaosome Bengaluru, which is focussed on the startup community.

“We provide a homely atmosphere and a workspace for those who would like to work as they stay. A few guests who stayed at Aaohostels met their co-founders at the hostel, and have so far created four startups including a backpacker’s hostel in Mumbai,” he shares.

The second hostel is in Coorg — which is an eco-friendly hostel situated in a 25-acre organic farm. “It is built with materials sourced from the local area and is energy-efficient. We provide vegetarian organic food at the hostel and re-recycle the waste,” Mahendra says.

A year of learning

Talking about the challenges, he says, “None of us are from hostels and hospitality business, and all of us had to do a lot of learning. Right from infrastructure, guest management, marketing, technology, human resource, statutory laws and compliances, financial management, etc.”

They took more than a year to learn the business, and Bengaluru hostel as a base to experiment. “We built themes, used different technology platforms, created a lot of SOPs and finally built a strong foundation to scale,” says Mahendra.

Mahendra has an MBA, and is an alumnus of the University of Wales. He has previously worked at 24/7, QuEST, and Hewlett Packard as a quality professional and lean consultant with more than 12 years of experience in global roles. He has also co-founded Navprabhuti Trust – a vocational training centre for adults with autism.

Saurabh is an alumnus of IIT Delhi, has a background in marketing, and has worked for HSBC and Deloitte as a strategy and planning consultant. With a strong background in digital marketing and innovation, he co-founded Artsy India – an ecommerce company for handloom products.

Mahesha has an MBA from Bangalore University, and has worked in multiple industries including Genpact, IMS health, and a few travel and tourism companies. He has a background in analytics, supply chain, procurement, operations, and finance. Currently, Aaohostels has a seven-member team with a few occasional interns.

The aggregation platform is a commission-based business model, while the Aaosome hostels are franchise-based. Aaohostels has been awarded with a grant from the Ministry of Tourism, Govt of Karnataka. It is also in the process of launching more technology solutions for budget hospitality segment in India.

Over last two years, it has served more than 7,000 guests from over 20 countries.

Bootstrapped so far, the founders used their savings to start a pilot, and create the first few hostels in Bengaluru. Rest of the development came from re-investing the profits earned from the hostel.

According to a study by Phocuswright and Hostelworld, the hostel industry is projected to grow by seven to eight percent year-over-year, and the industry was valued at $5.2 billion in bed revenue.

The highest hostel revenue growth areas are in markets that appeal to millennial travellers, including South and Southeast Asia (13 percent), followed by the Middle East (11 percent), Eastern Europe (11 percent), and Northern Asia with China in the lead (10 percent).

In the hostel facility for backpackers, there are other big and small players such as Zostel, Moustache Hostel, Stops Hostel, and Le Pension. In the tour and travel segment, ZO Rooms, Stayzilla, Oyo Rooms, Treebo, Zip Rooms, Goibibo, Wudstay and Awesome Stays are some of the key players that offer accommodations in the budget hotel aggregation segment.

Talking about its differentiator, Mahendra says, “Aaohostels.com is the only Indian marketplace focussed on hostel aggregation. We plan to connect with every hostel in India, and create a great backpacking ecosystem in this country through features that every backpacker would love to use and technology solution that every hostel will find helpful in serving the guests better!”

For the future, it plans to contribute to the hosteling ecosystem by starting up new hostels besides building robust technology solutions to help the entire hosteling industry.

“We have support from the Ministry of Tourism, Govt of Karnataka, which is a big morale booster and will help us in meeting our objectives faster!” says Mahendra.

There are also upcoming Aaosome hostels in Mysuru, Chikmagalur, Pudducherry , and Ellora. "Our startup also encourages entrepreneurs with very unique hostel ideas to join them as a franchisee,” says Mahindra singing off.