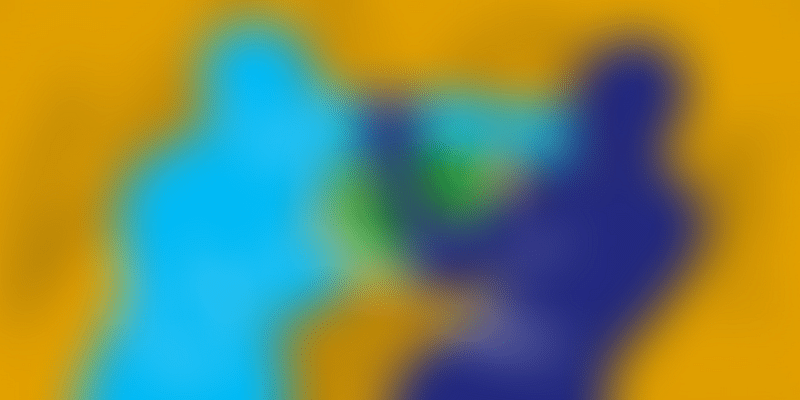 Vijay Shekhar Sharma led Paytm is alleging that an unfair playing field has been made available to messaging giant WhatsApp, which recently began testing its payment service in India.

And the first round of bullets has been fired.

With WhatsApp now testing its Payments feature in Beta, Paytm has called out the National Payments Corporation of India (NPCI) for allegedly supporting WhatsApp during its Beta launch, while flouting its own circulars.

A larger debate about WhatsApp’s Beta launch has been on it not spelling out interoperability like other UPI payment apps. It does have a feature which allows users to pay to other UPI IDs, but the concern is that it is hidden deep in the details.

“Technically the WhatsApp interface is interoperable, but the UX seems to be completely hinting that transactions are between WhatsApp to WhatsApp only. The NPCI’s Beta guidelines clearly mention that you need a password for the app. They (WhatsApp) won’t because it will affect their UX. So why this distinction for a bigger player?”

Further, Deepak believes WhatsApp Payments violates NPCI guidelines for even Beta testing. He says UPI-based payment apps need to have a request function and pay through QR code even in Beta, which WhatsApp currently lacks.

He adds that to promote BHIM and UPI, players had to mandatorily insert words of these brands while making the UPI VPAs or IDs, according to NPCI’s recent circulars.

“However, in WhatsApp’s case it is not even revealing the VPA, giving the impression that bank-to-bank payments means WhatsApp. It is so clear that NPCI is getting swayed by the larger players.”

Another feature which UPI apps in Beta are mandatory to have is a logging out function, which WhatsApp lacks at present.

Even Vijay Shekhar Sharma has been expressing his grouse on Twitter, as seen below:

After failing to win war against India’s open internet with cheap tricks of free basics, Facebook is again in play.Killing beautiful open UPI system with its custom close garden implementation.I am surprised, champions of open @India_Stack , let it happen ! https://t.co/wIsNuF1AiB

The debate on closed Beta

Paytm states that select users or closed group users are invite-only and any app on Beta can decide who it selects to roll out the product to. However, in this case, WhatsApp is not controlling its users. Rather, users with the payment service can enable the WhatsApp payment option for any user they wish to.

Deepak explains, “The Closed User Group is by invite only. And it needs to be capped to a certain set of users, depending on the permission they have got from NPCI. But in this case the user seems to be in control and choosing who s/he wants to enroll for the Payments feature.”

Lastly, Deepak states, “Smaller players take almost close to two months to get their apps audited, so how can NPCI be swayed by large players with a large base so easily? Competition is good, but all parties must be equally regulated,” he says.

An e-mail to NPCI went unanswered on the issue. However, we will update the story once their response comes in.

A person close to the rollout of UPI spoke to YourStory on condition of anonymity:

“When UPI payments are implemented on UPI, it is very different. Uber implemented it very differently and so did the others. The whole point of UPI is it doesn’t define the user experiences and just gives API to make the user experiences great. Right now, what players are contesting is that whether the Pay with UPI option, which is interoperable on WhatsApp, should be inside or outside the messaging. That is stupid.”

The person also added, “Personally, WhatsApp is an app that does number of interactions every day, so I don’t see any reason why WhatsApp will not introduce a request money call or allow you to pay to other merchants. It is just logical. And they are just in Beta. In the Pre-BHIM era, all UPI products were launched in a staggered manner. People like PhonePe were also given the same treatment. WhatsApp is not enjoying any preferential treatment, because it directly has to face ICICI Bank.”

Just yesterday, media reports suggested that NPCI had favoured WhatsApp by allowing it to partner directly with NPCI’s library, which gives access to crucial features of UPI. Otherwise this process is done by banks, who provide their library to the UPI payment app partners.

On the other front, NPCI is also accused of having favoured big players like Google and WhatsApp with its multi-bank approach, allowing them to choose multiple partners versus one.

To this, the person states,

“NPCI can’t decide anything on its own. There is a UPI Steering Committee, which takes calls on these issues and then subsequently refers to RBI for approvals. NPCI is just the implementation arm. In this case, the approval came from the RBI and Steering Committee, and Tez was launched only after the approval came. However, when Tez launched it partnered only with Axis Bank, which was live then, and even WhatsApp has chosen only ICICI as its partner, for the moment.”

Sanjay Swamy, Managing Partner and Prime Venture Partner rightly says, “We need to have clear published guidelines on the minimum requirements for operating a Minimum Viable Product (or Beta). How does the branding need to be done? What is minimum implementation? All of this needs to be defined. We are learning as a country and should take it as constructive feedback. If you see certification of payment systems like Visa or Mastercard, it is extremely consistent. Why? Because everything is well defined.”