How PostMoji is changing millennial expression with physical emojis 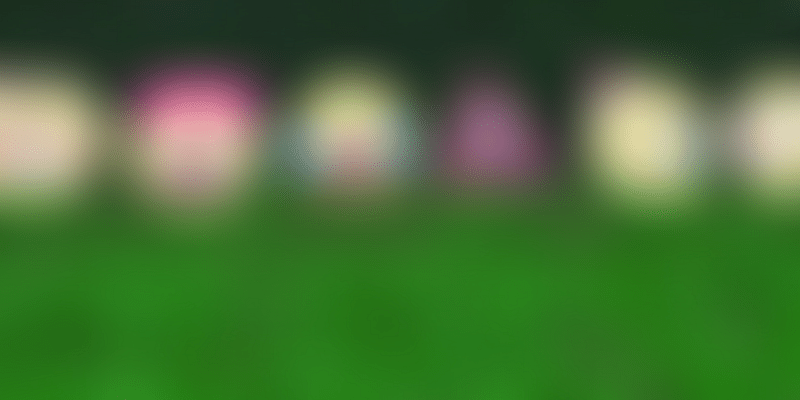 The Mumbai-based startup designs and retails cut-outs of popular emojis with a written note alongside. Millennials are loving it already.

In the early noughties, a prominent mobile operator in India carried out a multi-pronged marketing campaign headlined ‘Express Yourself’. What stood out was the minimalism. The video ads were colourless, wordless, but hauntingly beautiful. Simplicity, which Leonardo Da Vinci would call “the ultimate sophistication”, elevated Express Yourself above the general rut of Indian advertising.

It was, and still is, one of the most evocative pieces of communication the ad world has seen. So much had been ‘expressed’ with so little. Expression, thus, is funny territory. At times, a thousand words may not do justice. At other times, none is required.

Human expression has evolved over the years. But what has remained constant is the basic human need and desire to express — through words, signs, gestures, motifs, images, sounds, and more. Before the advent of the internet, expression was more physical and tangible. Now, with technology pervading every sphere of human life, expression is largely virtual — especially for millennials.

Mumbai-based Laksh Fomra (24), an internet-savvy millennial himself, has endeavoured to bridge this gap between the old and the new with PostMoji — a startup he founded in mid-2017. PostMoji blends the old-world charm of handwritten letters and postcards with the modern-day appeal and convenience of emojis, which are increasingly becoming the default human expression in the 21st century.

PostMoji calls itself the ‘millennial postcard’ company. It creates 12X12 cut-outs of popular emojis, some of which are custom-designed, prints a 250-word message alongside, and helps millennials communicate more meaningfully. Orders for these ‘physical emojis’ can be placed on the PostMoji store, and the rest of it is usual e-commerce procedure. The mojis are priced between Rs 299 and Rs 399.

Founder and ‘Chief Emoji Officer’ Laksh says, “As millennials, our notion of expression has changed. But, as I grow older I realise something is amiss. Something about expressing the millennial/digital way isn’t as fulfilling.” Hence, PostMoji, an idea that “satisfies my half-millennial, half-classic soul.”

PostMoji’s regular catalogue is limited to six mojis — Laughter Face, Heart Eyes, Poop Face, Sorry Face, Celebration and Birthday Cake Smash. But seasonal or occasion-based customisations like the Christmas mojis and the upcoming Valentine’s Day moji-series take that count up. At any given point, the PostMoji store retails about ten mojis.

“The idea is to have a core set of products and keep adding contextual ones around festivals, seasons, etc. That way we don’t get limited to anything,” explains Laksh, who was the head of marketing at Haptik (an AI startup) before setting up PostMoji. It is at Haptik, he says, that he discovered his “love for building niche products”.

The going so far

Laksh is thrilled with the reception PostMoji has got in a short span. The delight of postcard-communication with an added element of surprise has transcended geographic and demographic boundaries. “A man in Australia proposed marriage to his girlfriend in Delhi with the Heart Eyes Moji. I was the one dying to know what she said,” says Laksh.

The Heart Eyes Moji, reveals Laksh, is the bestselling “by a huge margin”. Millennials in long-distance relationships are loving it. Their expression of love has taken on a cool, new avatar.

While PostMoji essentially targets the 18-to-30 age bracket, the section of the population that is most likely to see value in emojis, it claims to have received orders from 45-year-olds even. Many interesting use cases have been discovered. For instance, an eight-year-old girl ordered a Celebration Moji on her septuagenarian grandfather’s birthday.

Laksh says, “It is a product that people physically see and get excited instantly. The urge to pick up and gift is massive. The product itself isn’t limiting to any age group.”

Partnerships and scaling up

PostMoji was started with the founder’s own money. While orders have grown 2X on a month-on-month basis, the initial investment is yet to be recovered. Conversations with VCs have begun, says Laksh, and there are plans to expand the product portfolio and get into collaborations as well.

Laksh says, “We’ll raise our first funding in the next few months hopefully. Right now, investors seem to be evaluating if this is just a fad or a long-term business. But, they realise our vision and what we are trying to build.”

PostMoji has also partnered with a Chennai-based gift curator, the name of which is undisclosed, and is retailing on their marketplace. There are plans to increase on-ground visibility by being present at pop-ups, flea markets, college fests, and so on. Laksh says, “We could even approach coffee shops to give out mojis as merchandise.”

Going abroad is on the cards too, but is likely to happen after the first round of investment. PostMoji is looking at evolved markets like the US, the UK, Canada and Singapore, where gifting is more prevalent, and there are scores of dedicated platforms for gift discovery and ordering.

Laksh believes, “PostMoji is largely a branding thing. It is a very consumer-friendly product. Defensibility is little. People just need to remember the name and come back to it. Then, we will never be out of business.”