Meet the snake catcher from Karnataka who runs an orphanage 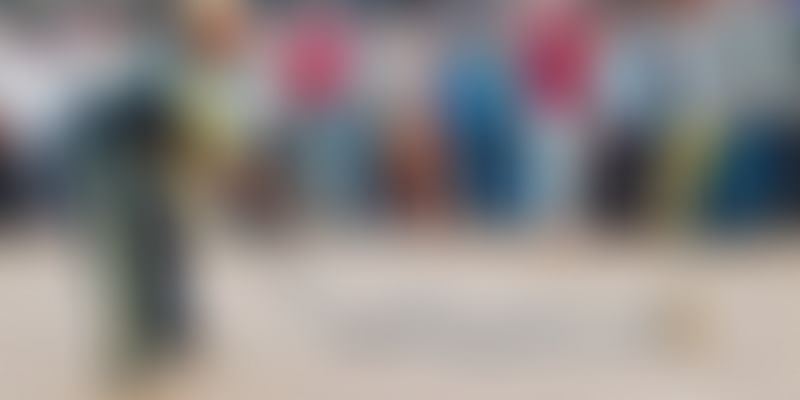 Prabhakar Bellisara, a renowned snake catcher in the Malnad area of Shimoga mostly depends on this dangerous job to feed children at his orphanage in Chikkajeni village.

One might have heard of various parallel vocations that people depend on to fund their philanthropic ventures. However, for G Prabhakar Bellisara, who runs Padmashree orphanage in Chikkajeni village near Shivamogga, it’s his bizarre hobby of snake catching that keeps his charitable work going.

Born to parents who migrated from the Kundapur region to work in the plantations of Hosanagar taluk near Shivvamoga, Prabhakar recalls painful memories from his childhood. "My father was an alcoholic and hence none of his sons could get adequate education. I dropped out of school after fifth grade and circumstances forced me to run away to Mumbai in search for better employment opportunities".

Once in Mumbai, Prabhakar was shocked to find himself abandoned by the mentor who brought him to the city of dreams. As a helpless boy, Prabhakar recounts having cried for almost three days before locals helped him find some work.

For almost nine months, I spent most of my days cleaning bathrooms. In the night, I slept at the bus stand along with other orphans and destitute children.

This early childhood experience moved Prabhakar so much that as a young boy he nursed the dream of running an orphanage after he returned to his native village.

Of picking up an unusual talent

It was a stranger named Mustaq who first introduced young Prabhakar to snake catching in Mumbai. Though he picked it up well like many other orphan boys who took a fancy to playing with tamed snakes, Prabhakar never imagined that this unusual skill would more than earn him a living in the future.

“Those difficult days in Mumbai changed my life forever for I picked up speaking four new languages, worked many odd jobs, and toured places like Pune, Goa, Udupi etc…before deciding to come back to my village in 1999,” says Prabhakar who then took to snake catching as a full-time profession, more out of necessity than passion.

The forested Malnad region surrounding his native Chikkajeni is infested with snakes. The high frequency of heavy rains in the terrain also mean people are continuously bothered by serpents in their backyards, wells, and kitchens.

Prabhakar’s stern resolve to give back to the society finally took shape in 2004 when he registered Padmashree Charitable Society.

Though infrequent donations do help, Prabhakar says it’s mainly his snake catching proceeds ranging from 20-25 thousand rupees a month, which help in regular maintenance of the orphanage and its children.

While most people pay cash, some also convey their gratitude by paying in kind like donating rice. When asked if people unfailingly pay for every snake rescue, Prabhakar says, “Almost everyone does pay because they know I use the money for a good cause. Unless it’s an extremely poor family, I refrain from accepting the money.”

Since 2004, Prabhakar’s orphanage has sheltered and rehabilitated more than 100 students at different points in time. While most of them were orphans, Prabhakar has also supported several destitute children including HIV-positive children, rape survivors, and others.

Currently, the orphanage houses just three children who are all being provided free education at the Ramakrishna School in Ripponpet.

Sparse donations are the biggest worry

I have received no significant help from the government though I have rescued, educated and rehabilitated so many children for the past 14 years, complains a dejected Prabhakar, who is now expanding the facilities at the orphanage to simultaneously shelter over 100 children.

Apart from the snake catching income and occasional donations, Prabhakar sometimes depends on his earnings from his second hand car dealership, a business he indulges in, to keep the orphanage going.

The infrastructure development at the orphanage has left Prabhakar in a lurch for he has mostly invested all his savings into the same. “I’m hopeful that benevolent donations will help and I can soon resume the construction that are just partially complete,” he says optimistically.

Doing good deeds is key to a happy life

Prabhakar is not alone in managing the functioning of the orphanage though. His wife, mother and four children contribute equally by undertaking tasks like cooking for the children, bathing them and helping them in their school work.

What keeps Prabhakar going despite all the difficulties?

It’s the helplessness and sorrow I experienced in Mumbai when I was left stranded and uncared for. I do not want any other child to go through that feeling, says Prabhakar.

“Hence the key is to keep doing good deeds for they keep you happy and continue the circle of giving and receiving,” he concludes.