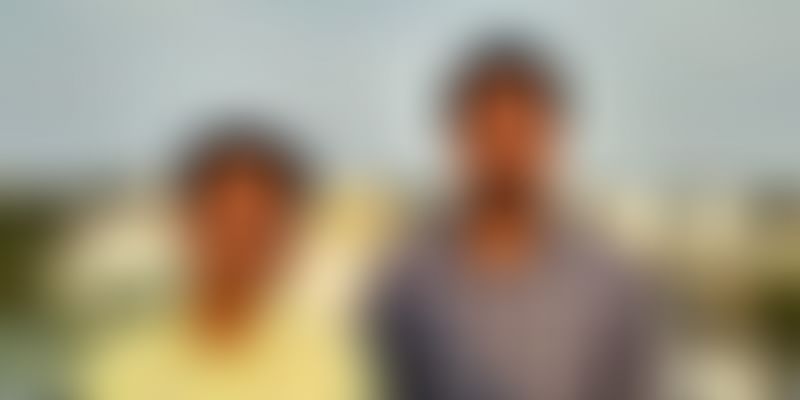 Run as a philanthropic initiative, Project NxG has made use of readily available local electronics and hardware to teach the basics of robotics to less privileged schoolchildren.

Vengatesh has only seen robots in movies. “Now getting to know how they are designed and made is awesome,” shares the excited Class X student, who has now successfully finished the Level I course of ‘Introduction to Robotics’.

Robotics is an interdisciplinary branch of study that often requires one to have a nuanced understanding of complex topics and precision to programme various functions. Contrary to the popular belief that this streamlined subject is mostly studied at advanced levels, here are three youngsters who are breaking the norms by introducing robotics to high-school-going children in Bengaluru.

It all started when 23-year-old Dheeraj Tiwari, Vinod Kumar K (20) and Vasanth Solomon Suresh (24) met Ananya Rajgopal, who held patent of process under which she distributed phased out Lego mindstorm robotic sets to underprivileged schools in the US. "Ananya was the niece of Ashwin Naidu, an industrialist and also our martial arts mentor. On one of her visits to India, she shared this idea and urged us to do something similar here,” says Dheeraj.

However, Dheeraj and his friends got to thinking if the same initiative would work in India, given the expensive costs of automated Lego robotic sets. Though the initial idea was to ship these sets to India and distribute them, Dheeraj and his team decided to deviate and develop their own course curriculum that suited the Indian scenario better.

Why choose robotics at all?

Ask anyone in the tech industry and they will tell you that automation is the future, be it at industrial level to cut down on labour costs or in consumer sector with the advent of driverless cars. Automation not only threatens the blue collar jobs but the white collar ones too, asserts Dheeraj, explaining why it is imperative for underprivileged kids to gain exposure to technologies of the future.

According to him, robotics is one of the only few streams of learning that encompasses the entire concept of STEM (science, technology, engineering, and mathematics) education so well.

“It involves lot of physics concepts in the form of electronics and motion dynamics, which help students in their school curriculum, apart from prepping them for various advance science and engineering courses in future,” says Dheeraj, who spent four to five months curating and writing a syllabus that could efficiently make use of readily available local electronics and hardware to teach basics of robotics to less privileged schoolchildren.

Reaching out to schools

Though Dheeraj and his friends were keen on targeting government schools for this philanthropic initiative, approaching them, convincing them to leverage their facilities and selecting students for the course was no easy task. The team of three then depended on Vinod’s understanding and his contacts, as he is an alumni of the Agara Government High School.

We targeted the government high schools in surrounding areas that were ready to coordinate with us in providing a few computers and were okay with letting the students staying an extra one or two hours after school for the robotic classes, shares Dheeraj.

Project NxG, as the initiative is called has partnered with four government high schools in Agara, Kudlu, Domlur and Audogudi areas of Bengaluru to conduct free, weekly classes of their Part I training. The course had a select number of boys studying in Classes VIII and IX, mostly chosen based on their academic merit. The initial infrastructure costs for Project NxG were contributed by Ashwin Naidu, his wife and their friends who also helped in structuring of the course in the formative days.

Of challenges and roadblocks

One of the biggest hurdles for the team of Project NxG was to retain a good number of female students throughout the course. "Firstly, we had to tackle the preconceived notion that technology and engineering is better suited for males. Secondly, many dropped out because their parents did not allow their daughters staying late after school hours,” explains Dheeraj who is now looking for a range of solutions to address this issue including tweaking course timings, convincing parents and introducing female volunteers who can help with the classes.

The other roadblock also included retaining the attention of students during the initial classes that dealt with several theories of electronics. However, Dheeraj encouraged students to tinker with a certain electronic component like circuits soon after they were taught about it and this, he opines, “helped them learn better without the classes getting too monotonous”.

One of the highlights of Project NxG’s robotics course is the fact that students were cheered to build and program the entire robot, all on their own, including crafting their own chassis for the remote-controlled cars they designed. "This involved soldering, wire chipping and creating some basic body parts of the robot using hardboard etc"., explains Vinod, who is pursuing his electrical engineering degree from Oxford College in Bengaluru.

Unlike Lego sets, which give pre-designed chassis, we ensured students created their own. That way, they learnt with precision the exact dimensions in which they had to cut out the hard boards and where exactly to place various components, Dheeraj explains.

Success stories and the way ahead

First launched in the Agara Government High School in December 2016, the course has already completed its stipulated 40-45 hours of coaching in three schools. Project NxG also conducted a recently concluded graduation ceremony where children were handed over course completion certificates.

Ask 14-year-old Balveeraiaha about being part of the robotics class, and he says he enjoyed it immensely. "I aspire to become a mechanical engineer in future", the teen quips. The ninth grader already has plans for what he is going to design at the end of his Part II training: a low-cost flying drone copter that also captures CCTV footage..

Vengatesh from the Kudlu Government High School was part of a team that designed a remote-controlled car that has sophisticated variations like the installation of an IR and Bluetooth sensors.

In the future, we want to build robots that aid in the agriculture sector since there is still much scope for automation there, he says.

Having trained confident students like Vengatesh and Balveeraiaha, Dheeraj is now working on evolving this model into a continuous and financially sustainable one.

We just wanted to do something philanthropic, but the student’s terrific interest and response has motivated us to keep it going and launch the part two module in sensors and automation soon, he concludes.