From setting up a chain of bars to becoming the global ambassador for Dewar’s: salut to mixologist Kara Anderson’s journey 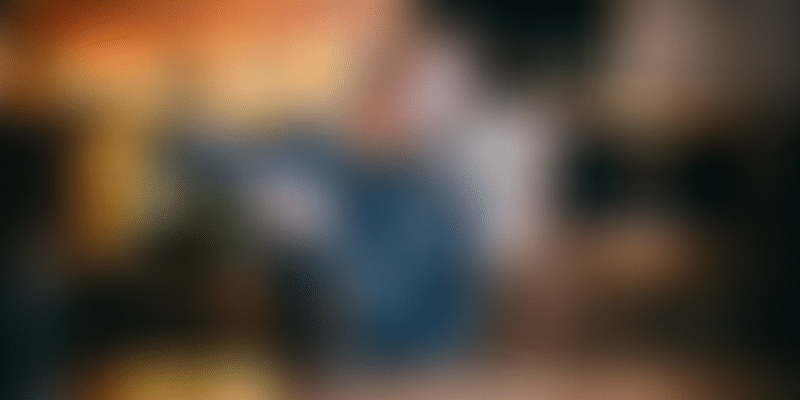 Thirty-year-old Kara Anderson, who started her career in an advertising agency, talks to YourStory about her love for cocktails and whiskey and running a business during the recession.

Time was when the word whiskey brought to mind men smoking cigars in a lounge that smelt of wood and leather. But Kara Anderson breaks that norm and myth completely. The 30-year-old global ambassador for Dewar & Sons, Kara is a mixologist based out of Edinburgh.

Kara has been to India, with her mixology skills being showcased at different bars. Speaking to YourStory, and explaining how she entered the world of mixology, Kara says,

“I came to mixology because of my love for cocktails and their culture. As a person, I am very social and I find that drinking cocktails creates the ideal environment to bring people together to enjoy long conversations and lots of laughter. I’ve always worked in hospitality and enjoy hosting people so it was a natural transition for me. I am also really interested in the evolution of drinks, the trends of the past, and all the amazing stories that have been passed down from sip to sip.”

From advertising to bars

Kara started her career in an advertising agency in the account management department, writing creative briefs and pitching ideas to clients. However, she had always worked part-time in bars throughout her university years.

“In my last year of college, I started a bar consultancy service with my partner, where we offered custom spirits/cocktail training and also the creation of bespoke cocktail lists. This is where we found the opportunity to take over our first bar,” Kara says.

Whisky, she says, is far too often seen as an unapproachable and challenging drink. But Kara feels whiskey is a wonderful drink that “offers so much choice to everyone. It doesn’t have to be super smoky or strong- it can be sweet and honeyed, floral or fruity; it can be served neat, with ice, with water, or in a mixed drink”.

Starting a business during recession

In 2008, cocktail bars were on the rise in Scotland. This piqued Kara’s interest and she, along with her business partner, began researching. A man they knew helped them in finding Whiskey Bond an up-and-coming area outside Edinburgh, Scotland.

“I was aware of this area, a place where most creative agencies were based. Keeping this common link in mind, my interest in cocktail bars and my experience in advertising, we bought this old Whisky Bond building to make it a cocktail bar, Bond No 9. Our business picked up and we went on to win numerous accolades such as the Best Spirits Bar 2012 in the SLTN awards and getting the opportunity to be featured as one of the top 10 bars in Scotland in GQ Magazine. Soon we opened another bar and ran them both successfully through the recession period,” she says.

However, as the duo opened their bar during the height of the recession, it made it difficult to obtain funding, especially since it was a hospitality business venture. This, however, taught them to learn to think on their feet, streamline the business, and focus on growth.

For the love of whiskey

Kara says it was a great learning experience and made them appreciate their achievements all the more. By the time they bought their second bar, the recession was still strong in Scotland and running two bars during such a time brought a new set of challenges.

However, eight years into their business, Kara and her business partner came to the decision to sell as they wanted to take the bars in different directions. Around the same time, Kara was contacted by a recruiter who told her about a job at Dewar’s.

“I went for the interview with an open mind even though I was not set on this big change yet. It was when I reached the beautiful distillery in Aberfeldy and met the team, that I knew that this was my next step,” Kara says.

“As long as whiskey is being enjoyed, it should be barred by no rules. John Dewar & Sons are looking to make whiskey approachable and fun. The founders were serious about making great whiskey but playful when it came to drinking, and I think this should be shared,” Kara signs off.