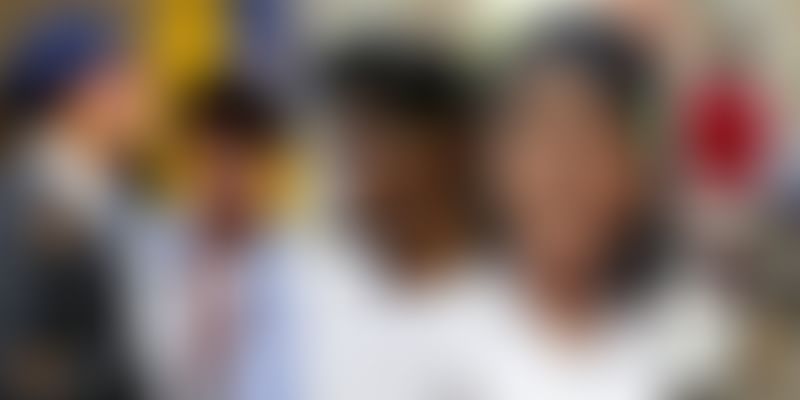 The Indian startup and innovation landscape has over the past few years, seen young inventors blossom. While some of them have found simple and quirky solutions to problems that have stumped adults, others have triggered dialogue on important social, environmental issues. Their keen observations combined with a deep sense of empathy and a flare for action has enabled them to make long strides towards creating an impact. Below is a carefully curated list of the most promising young trailblazers on the horizon.

This youngster developed a remote controlled cleaning machine, which mops and dries a surface, to help his mother clean up after him. A keen interest in robotics kept him working in the design innovation lab in his school even through holidays, where he tinkered with mechanical toys and other devices.

This mobile device, which was built in the span of a month, has detachable sponges and can be used to clean different surfaces. Arman now hopes to connect with potential investors and corporates who can help him scale his “basic” model and make his device a more “consumer durable product.”

This young entrepreneur from Jalpaiguri in West Bengal has a complete search engine, built from scratch, to his credit. He became interested in computer programming at a young age of 11 and pursued its learning with passion. By the age of 13, he ran Arnabhik Corp, a website designing company with international clientele.

He quickly progressed to building a security and antivirus system to protect his school computers from viruses, then to building gaming and learning applications for android phones. He has also to his credit, an agriculture app and a reminder app. He is now working towards making his search engine Origgon, the best in the world.

He has invented EyeScribe, an assistive device that helps the visually impaired experience the joy of reading. Seeing them struggle with voluminous books printed in Braille and the general lack of resources, led him on this path of innovation.

Eyescribe is a wearable technology that captures images using a camera and produces an audio output using a text to speech engine. It was first screened at the Atal Tinkering Lab Innovation Challenge by NITI Ayog in the FICCI Auditorium on November 5, 2016 and received a string of awards, recognitions and funding since. He is now working to take his technology to the market.

Kavya Vignesh (12) – built a robot to save bees

Working with a team for six fellow students and two teachers, she has built a robot to save bees. Her interest in robotics and a flare for solving real life problems is what led to the creation of this ‘Bee Saver Bot’. While it is common practice to burn or destroy an unwanted beehive, killing a lot of bees in the process, this bot can relocate a beehive without harming the bees.

Her team Supercalifragilisticexpialidocious (yes, that’s the name!) was India’s youngest ever to qualify for the First Lego League (FLL )-European Open Championship (EOC) held in Denmark in May, 2017. She further wishes to reach out to authorities in India and collaborate with them to roll out this bee saver device.

This young crusader has brought relief and cheer to the poor suffering extreme summers in the towns around Jhansi, by building a solar powered AC costing just Rs 1800. The AC has an icebox made of thermocol where air is released from a 12 volt DC fan. It results in a temperature drop of 4-5 degrees if used for an hour.

The Indian Institute of Science, Delhi and the Uttar Pradesh government, have recognised her work. She has received an invitation from the Japanese government for a seminar. She is also a household name because of her participation in the popular Indian reality show, Indian Idol.

He is the founder of Paperboy, a mobile app that features the widest range of Indian newspapers and magazines uploaded on a platform real time. His entrepreneurial instincts were activated when he realized that he had no access to his favourite newspapers while travelling. He floated his venture of a mobile platform featuring news sources across languages which soon became popular, as news reading on mobile platforms is catching up among Indians.

With over 400 newspapers listed, his venture currently employs 50 young minds and hopes to take this solution to audiences across the world as the platform is language agnostic and can be scaled to accommodate any language.

This enterprising teenager from Mathura was triggered into developing a manual garbage collection device, by his daily routine of picking waste from his school premises and grounds. The initial model of this manual, lightweight device built using wooden parts from old furniture, bicycle brakes and chains, has customised spaces to keep the broom, a water bottle and other waste materials.

This youngster from Bengaluru, an avid science enthusiast and a Youtuber, has grabbed eyeballs for his video on autophagy - a self-cleansing mechanism that could help fight dreaded diseases like cancer, Alzheimer’s, and Parkinson’s. Autogaphy, Samay explains, is a process which occurs inside our body and breaks down dead and decaying organelles, and converts them to energy and is triggered by regular fasting.

This video is among 30 finalists chosen for the Breakthrough Junior Challenge, which received 8000 original videos from across the world on complex topics in the field of life sciences, physics, and mathematics. Samay has also been selected by the Massachusetts Institute of Technology (MIT) for their Launch Entrepreneurship Programme 2017 and has received accolades and support from leaders like Shashi Tharoor, Kris Gopalakrishnan and Minister of IT BT, Karnataka Priyank Kharge.

Avneet (13) – used a bicycle to build a solar bike

This Haryana lad has designed a fully functional solar bike. The initial prototype was built by mounting a solar panel onto a children’s bicycle to propel it. His bike, currently in its nascent stages, is a single seater and runs at 20km per hour.

Conscious at this tender age of the problems posed by air pollution from vehicles running on conventional energy sources and aware of the leaps and strides the world is making towards the use of clean energy; he dreams of continuing the momentum to build a low cost, solar car in the future.

He started his journey from a small town, Shahjahanapur in UP, and is now credited with building 22 applications covering a variety of subjects from entertainment and education to malaria detection and security for women. He picked up coding at a young age of 11 as a hobby and learnt different languages, mobile app development on his own.

Today 22 of his applications are available on the Google Play Store and he has 2500 users in all. He dreams of a future as an entrepreneur running his own software development company and creating an impact in the lives of people.