At Bridge 2018, women at the top highlight roadblocks and solutions at the workplace 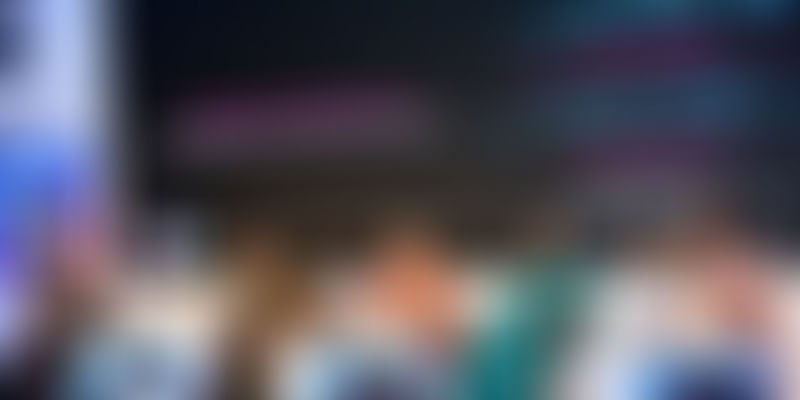 Women leaders shine the spotlight on work-life balance, changes in the workforce, sexual harassment, and common parameters of disparity at The Bridge 2018, a day-long festival of ideas and conversations on gender empowerment in India.

A panel of powerful women from different sectors came together on the Bridge 2018 platform to discuss the roadblocks that career women face en route to climbing the ladder of success due to gender disparity. They also highlighted solutions that can be used to remove these roadblocks for women at the workplace.

From work-life balance and changes in the workforce to sexual harassment and common parameters of disparity at the workplace, the experts discussed several gender empowerment issues that exist across all sectors and how a more inclusive environment can be created for women, be it in the boardroom, courtroom or any other space.

The discussion was kick-started by moderator Aparna Jain, a leadership coach and author, with a session on work-life balance, a popular term in the corporate world.

Ritu Anand, Senior Vice President and Global HR at Tata Consultancy Services, said, “The balance is elusive. So we changed the language to work-life integration. We have started looking at the balance angle from the integration angle.”

For Shailaja Chandra, Former Secretary to the Government of India and Former Chief Secretary, Delhi, competence comes above everything. Though looking after women’s interest is important, the former IAS officer highlighted that looking after the objectives of the organisation where they are working definitely stands above that parameter. Backed by over four decades of experience in leading several public administrative roles, Shailaja strongly feels that if women help themselves to shine and are willing to put in that extra bit needed to succeed, then women at the top often recognise their effort and help them. However, she said if women think other women will help them because of their gender, it is an unfair expectation.

“The minute a woman is indispensable, the curtains are up. There is no way that a man will distinguish between a man or a woman; he wants the work done. I have found that if you are competent, hard-working, dedicated, and you look at the big picture, not just the little world you occupy, women do shine,” she added.

Naina Lal, Chairman of Max Financial Services and Advent Private Equity, also serves as a Non-Executive Director on the global board of several corporate giants, including Nestle, CIPLA, and Larsen and Toubro. In 2015, she retired from HSBC. Recalling her past days in the global bank, she shared insights on how she managed to enter the ‘boys club’ and break the monopoly of the male-dominated boardroom culture.

While she was heading the diversity effort at HSBC, Naina highlighted that she polled women in her team on what changes they would like to see in the organisation. The suggestions later on went on to become the most revolutionary changes that HSBC brought in the banking sector – five working days and flexi hours.

“We did our analysis and argued with the head office. Everybody around us was saying it is rubbish, it can’t work; it doesn’t happen in banks, flexi hours don’t happen, need people all the time. We brought in both these changes – five working days and flexi hours, and it worked like a dream,” she said.

Naina highlighted that the move was taken to benefit everyone despite the fact that women and diversity was at the core.

Vrinda Grover stated that everyone is aware that sexual harassment is “pervasive and happens at all levels”. “It’s not something that bad men on the street do. It is an exercise of power. It’s a privilege and entitlement that men have held and enjoyed for very long. Women today are saying no to it; there is turmoil as people and companies are trying to wrap their heads around it,” she said.

A lawyer and human rights activist, Vrinda has contributed significantly to the women’s rights movement in India. While speaking about sexual harassment, the renowned lawyer shed light on uncomfortable situations that women often have to deal with because of their gender.

She strongly questioned that why should a woman suffer the indignity because of her gender and be the target or butt of any joke or comment of that nature.

“Is sexual harassment only against women? No. Sexual harassment is different forms of harassment; it can be on grounds of caste, religion, ethnicity, disability, etc and it is important for us to wake up to it,” she said.

Vrinda also made the audience aware about the filing of civil suits of defamation against the victim in sexual harassment cases. Condemning the practice as a backlash, she highlighted that it is definitely not a level-playing field anywhere, neither in the courtroom nor in the boardroom.

The need for inclusion

“The good news is that we have a legislation, which says that there has to be one woman on the board. It has been rightly criticised for not putting one independent female director on board,” Naina Lal Kidwai highlighted.

In this context, she also highlighted about the many family-owned companies, where a family member often makes it to the board.

“I still say, thank goodness we have a policy in that direction and even if it’s the family member, particularly if it’s the daughter she will learn,” she said.

Going forward, she is hopeful and is looking forward to the passing of the Kotak committee report that calls for one independent female director on the board.

Shailaja Chandra’s message for inclusion in the workplace is that women need to plan their moment and career, and look for mentors of their gender who can support them. She believes the solutions will come if women are taught to think ten steps ahead instead of two steps.

However, Vrinda seemed to differ. She said it’s not about women choosing the moment to make themselves heard but about the whole community repeatedly objecting to gender disparity at workplace, each time it happens to anyone of us.

“That is the only way it will come to an end, that is the only way there will be a recognition of the pervasive systemic nature of it. It doesn’t happen once a year, it’s the culture. Cultures are not changed by making one intervention at an appropriate time. We are career women, we will go to the top, with pleasure, in a workplace which is dignified,” she added.

Before bringing the session to a close, the experts highlighted their key takeaways.

Ritu said the problem and solution both lie with the women, and that they need to aspire, speak up and treat themselves as equals. Shailaja said it is vital for women to assert their voice from time to time so that they are heard on major decisions, visible and not taken for granted. Naina is betting on technology to play a major role in changing the existing scenario and bring gender empowerment at workplace. Whereas, Vrinda

The Bridge is a platform aimed at bringing leaders, artists, activists, actors, media and corporates together through dialogues about policy, politics, society and culture. The platform aims to question and disrupt the discourses that undermine gender empowerment, address the gap between theory and implementation, and create new narratives, perspectives and solutions for gender equality and empowerment in India.

The Bridge 2018 was a day-long festival of ideas and conversations on gender empowerment in India that brought together over 40 prominent speakers from politics, theatre, arts and entertainment to converse on some of the most pressing issues that women face in India and offered insights on how women and girls are changing the world. The festival was aimed at addressing issues faced by women in political parties, corporate world, cinema, sports, and in everyday lives.