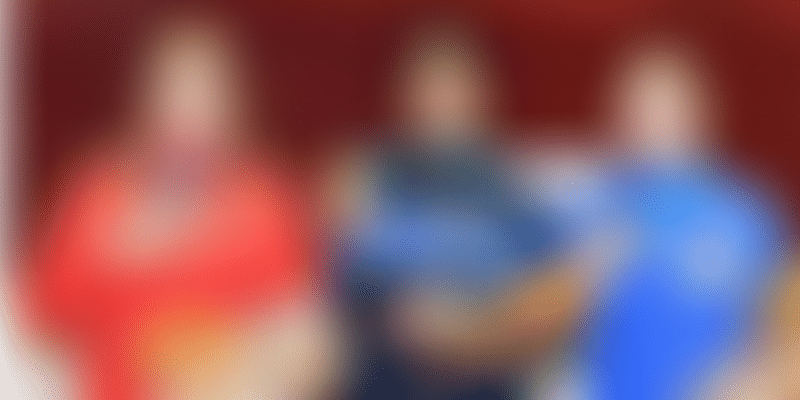 Manu Bhaker, 16, who took to shooting two years ago, won her first individual gold medal and shot her way to a second at a mixed team event at the ISSF World Cup in Guadalajara, Mexico.

At the age of 16, shooter Manu Bhaker has marked her name in the list of firsts. At the ongoing World Cup in Guadalajara, Mexico, she became India's youngest and probably the world's third youngest shooter to win a World Cup gold. She clinched a women's 10m air pistol gold at the tournament organised by the International Shooting Sport Federation (ISSF).

Hailing from Haryana, the Jhajjar girl was introduced to the sport only two years ago. A student from Universal Senior Secondary school in Goriya Village, in Jhajjar district, the Class 11 student has been training for five hours everyday, says a Times Of India report.

In a dramatic encounter at the World Cup, she scored 237.5 in the final, defeating local favourite Alejandra Zavala Vazquez by a meagre 0.4 point difference. Alejandra, who has won several World Cup medals since 1998, has been a favorite since even before Manu was born!

During the game, Manu almost lost her medal when she shot three below-9 shots within the gap of seven shots. Manu's 17th shot was a 8.4, she recovered by shooting a 10.2 in her 18th shot, but with an 8.1 in her 19th shot, she picked up the pace.

This medal will motivate me to reach greater heights in the future, and I dedicate this to my family and coaches who have been supportive throughout, Manu said.

Manu's parents, Ram Kishan, an engineer in the Merchant Navy, and Sumedha, a principal at Manu's school, were visibly excited. Speaking to the media, her father said, "She got her first pistol only after days of her trying the sport for the first time. She is dedicated and I knew if she is asking me to invest in something, she will not take the sport lightly."

In the two years that she has been practicing the sport, she has qualified for youth (U-18), junior (U-21) and senior. With this feat, Manu breaks the record of rifle shooter Gagan Narang and pistol shooter Rahi Sarnobat, who were the country's previous youngest World Cup gold medallists at 23 in 2006 and 2013 respectively.

India also bagged a bronze in the 10m air rifle mixed team event, with Mehuli Ghosh and Deepak Kumar finishing with a total of 435.1, said a Hindustan Times report.