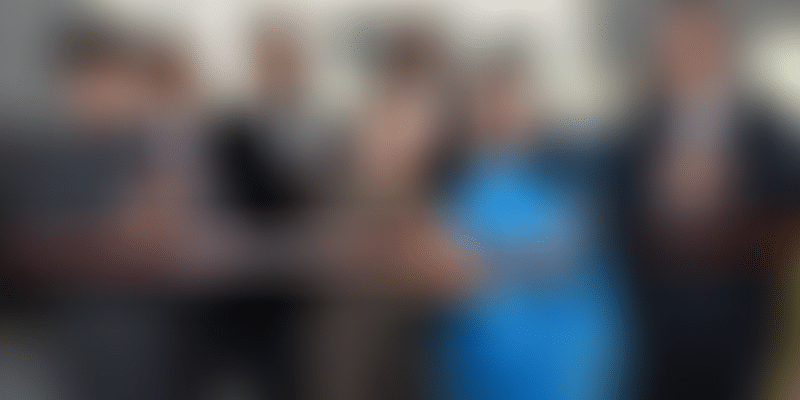 Over 195 million women worldwide are affected by kidney ailments, with close to 600,000 deaths each year. The eighth leading cause of death in women, chronic kidney diseases (CKD) are more likely to develop in women – there’s an average 14 percent prevalence in women as compared to the 12 percent in men.

In India, where women’s health often takes a backseat, the approximate prevalence of CKD is 800 per million population (PMP). With International Women’s Day observed on the same as World Kidney Day, the International Federation of Kidney Foundations and International Society of Nephrology (ISN) Gateway decided to put the spotlight on women’s health this year.

In a bid to increase awareness on kidney-related ailments, and to instill the importance of early detection, Manipal Hospitals unveiled an awareness campaign on World Kidney Day. Aimed at educating women on how to adopt a healthy lifestyle for a better quality of life, the campaign was flagged off by boxing champion MC Mary Kom and D Roopa Moudgil, IPS Officer, Inspector General of Police & Additional Commandant General Home Guards & Ex – Officio Additional Director, Civil Defense, Karnataka in the presence of Sudarshan Ballal, veteran nephrologist and Chairman, Manipal Hospitals.

Manipal Hospitals is among the largest hospital networks in India, serving over two million patients annually.

Women have to balance work and personal life, and often tend to ignore their own health. I urge all women to pledge to fight against kidney ailments and focus on maintaining a healthy lifestyle. That should be top priority. Please do not take your health and kidneys for granted. Eating right and daily exercise can cut the risk of kidney ailments substantially.

As she gears up for the upcoming Commonwealth Games, the boxer spoke about women and the various caps they wear. As a mother of three sons and a woman who represents a sport, finding a balance is very important, she added.

Kidney disease can be controlled and prevented if one understands the circumstances and risk factors that predispose one to it. This goes a long way in ensuring good kidney health.

Early kidney disease usually shows no signs and symptoms; the only way to know is through blood and urine tests. It is only in the later stages of chronic kidney disease that symptoms such as nausea, lack of appetite, swelling over body parts, and altered behavior show up.

Sudarshan said less than 5-10 percent people suffering from end-stage kidney disease get the opportunity for either dialysis or transplant. Addressing the issues of gender bias in organ donation, he added, “Despite the fact that prevalence of kidney disease is the same among men and women, unfortunately very few women are treated. In most cases, women patients are pushed to donate their organs for male counterparts, without their consent and by societal pressures. We have seen marriages break, and would-be couples approaching us when either partner is suffering from a kidney ailment. It’s time women took charge of their life and modified their lifestyle to include regular exercise and good food habits to keep kidney ailments at bay. Sedentary lifestyle, alcohol, and smoking are also main causes of kidney diseases.”

Asking women to focus on their health, D Roopa said,

Women play crucial roles in today’s fast-paced world as they juggle between several things, and they are the backbone of their family. Therefore, it is even more important that they pay attention to their own health. I call upon every woman to make a new beginning today. Let us all pledge together that we will make some time for exercise and eat healthy, nutritious, and balanced meals.