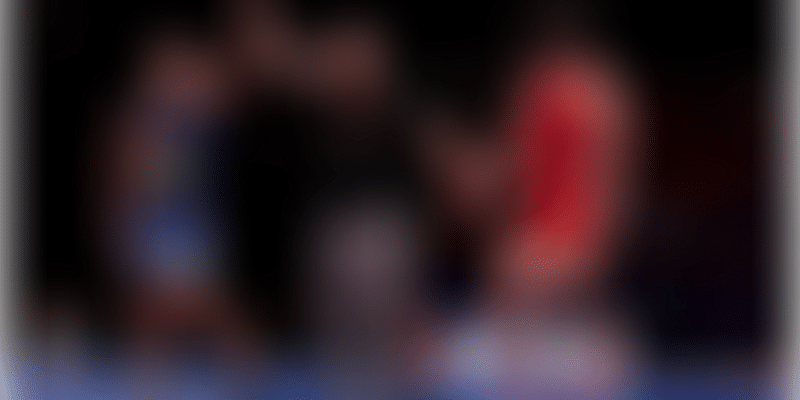 Navjot Kaur scripted history by becoming the first Indian woman to win gold at the Senior Asian Wrestling Championships, in Kyrgyzstan on Friday.

Navjot thrashed Japan's Miya Imai 9-1 in the final to emerge champion in the women's 65 kilogramme category. Olympic medallist Sakshi Malik took bronze in the women's 62kg category with a hard-fought 10-7 win in the play-off over Ayaulym Kassymova of Kazhakstan.

India now has a medal tally of one gold, one silver and four bronze in the competition. Navjot dominated the final bout and relied on her strong defence to thwart Miya's fast-paced attacks in the initial stages.

She opened up a 2-0 lead with a counter-attack before bolstering the advantage to 5-0 just before the break.

Miya was forced to adopt an attacking approach in the second and final round but Navjot continued to dominate and wrap up a comprehensive win.

India now has a medal tally of one gold, one silver and four bronze in the competition. In a conversation with Scroll, she said,

This pressure was something that every athlete was having at the Asian Championships. But this time, I decided, No, I will compete without pressure. I have just one chance to prove myself, so I was prepared. I won’t feel any pressure, let me go and play my natural game. Now I have won and I’m proud to become the first woman from India to win a gold at the Asian Championships.

"I have been preparing for this and waiting for this for very long. At the national camp, I was supported and motivated by the whole team, including the coaches and the medical staff. I was a bit nervous, being on this platform and you have a lot of load on your shoulders. But I was confident. I was encouraged too: ‘No, you can do it, you can beat Japan, it’s not something that you can’t achieve."