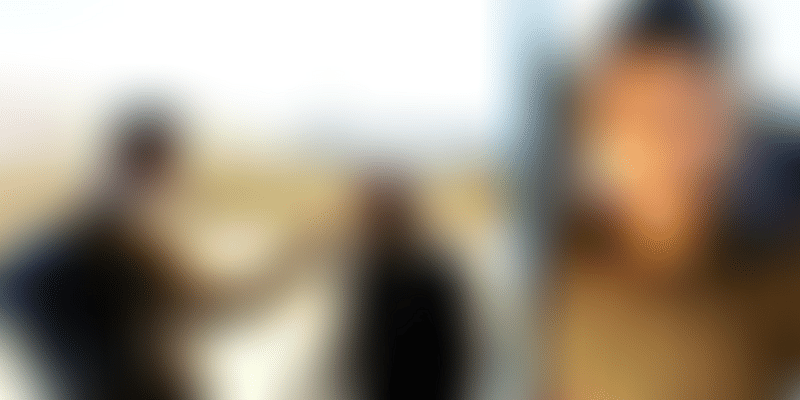 Driving his career into the fast lane, a former Ola cabbie heeded the advice of a passenger -- a former soldier -- and is now all set to become an Indian Army officer later this week, elated family members said.

The ex-taxi driver is Om Paithane, 25, hailing from Tondal village near Pune. Om is now due to pass out on Saturday from the elite Officers Training Academy (OTA), Chennai, which trains officers for Short Service Commission.

"I am extremely happy and overwhelmed... It's like a dream come true," Om told IANS briefly as he prepared to join the Indian Army.

The journey to the Indian Army was not a smooth ride for Om and his family, but the first inspiration came from a passenger, one Col. Bakshi (retd).

It is Col. Bakshi Sir who changed my life. He told me about the opportunities in the armed forces and the Combined Defence Service (CDS) exams and even referred me to Lt. Col. Ganesh Babu, the then Director, Armed Forces Officers Selection Orientation Programme, Om said.

After this encounter, Om drove the cab for six months, and then decided to appear for the CDS exams in 2016 and cracked it in the first attempt. He then cleared the Service Selection Board (SSB) exam in Bhopal to join the OTA for a year-long training.

"For a humble family like ours with limited resources or influence at their command, this is a huge achievement and an inspiration for many others struggling to improve their lives," said his brother Adinath.

Incidentally, Om's father, Uttam Paithane, worked as a driver for nearly three decades and faced major problems with his knees, both of which were required to be replaced a few years ago.

Unfortunately, while one knee operation was successful, the other failed, making him practically immobile, and compelling him to take up a job as security guard in Pune, said Adinath, who now works with the HR Department in TCS, Pune. However, life has suddenly changed for the entire family, including Om's homemaker mother, Sushila, and their married sister, Monika, as news of Om's achievement started trickling out in the local media since Monday morning.

This has resulted in a total transformation in Om's life and personality... The way people look at him and his uniform with respect. He feels proud donning the uniform, but is still humble and eternally grateful to all the people, including Col. Bakshi Sir, who guided him at all steps, Adinath said.

The Paithane family originally hails from Limbarui village in Beed district and Uttam Paithane got a job as a driver for a poultry farm in Tondal, where they lived in the staff quarters and the children studied in local schools.

Om completed his schooling in the Zilla Parishad School and later the New English School nearby before acquiring his Bachelor's in Computer Science from a Pune college.