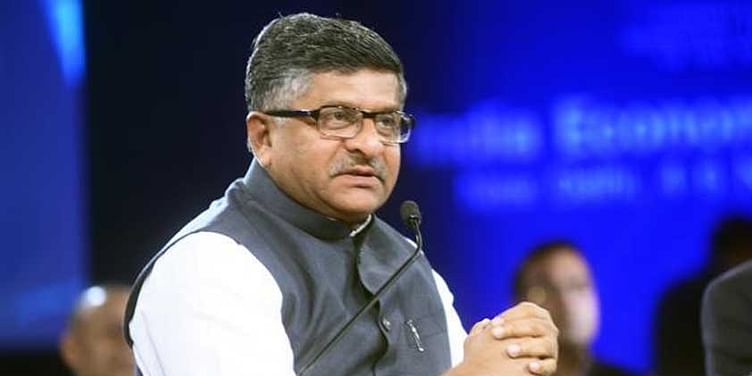 “Any attempts by Facebook to influence India's electoral process through undesirable means will not be tolerated,” says Union Minister of Information and Technology Ravi Shankar Prasad. Alarm bells have been sounded around the world after the expose that claims that the data of 50 million Facebook users was illegally harvested to influence their opinion around the US elections in 2016.

As this scandal broke out, reports also surfaced that the organisation that orchestrated this hack - political data analytics firm Cambridge Analytica - was involved in Bihar’s 2010 elections. It has come to light that the company’s parent organisation, Strategic Communication Laboratories (SCL), had partnered with Ovleno Business Intelligence (OBI), a company owned by Amrish Tyagi, son of the senior JD(U) leader K C Tyagi. OBI also has ties with BJP, Congress and Janata Dal (United), as it counts them among its political clients.

The minister, in that regard, questioned the Congress about any malpractices that may have been carried out. “We ask Congress how much data of Indians was shared with Cambridge Analytica’s CEO, as there are serious allegations of data theft against this company in the US, England. The company boasts of having influenced elections in Nigeria, Kenya, Brazil, also in India,” he said, according to this Indian Express article.

He added that while the government supports the free exchange of ideas on social media, it will not tolerate any attempts to influence the electoral process in India. “If need be, strong action will be taken,” he stated.

As far as their involvement in the US electoral proceedings is concerned, Cambridge Analytica is said to have used a third-party quiz app called ‘This is your digital life’, which collected user information through questions and then harvested the data of the user as well as their friends - which violates Facebook’s policies, as explicit permission had not been sought by the app. This information essentially belonged to swing voters for the US elections – and their algorithms dispensed misleading political messaging through ads to sway their opinions in Republican candidate and now US President Donald Trump’s favour. The firm was also said to have an involvement in the Brexit campaign.

Facebook co-founder and CEO Mark Zuckerberg has also come under fire for this lapse in security, and is under immense pressure as the hashtag 'DeleteFacebook' is going viral on social media urging people to boycott the platform. He is reportedly also being pushed to testify in front of the US Senate as well as the UK Parliamentary committee on Digital, Culture, Media and Sport.