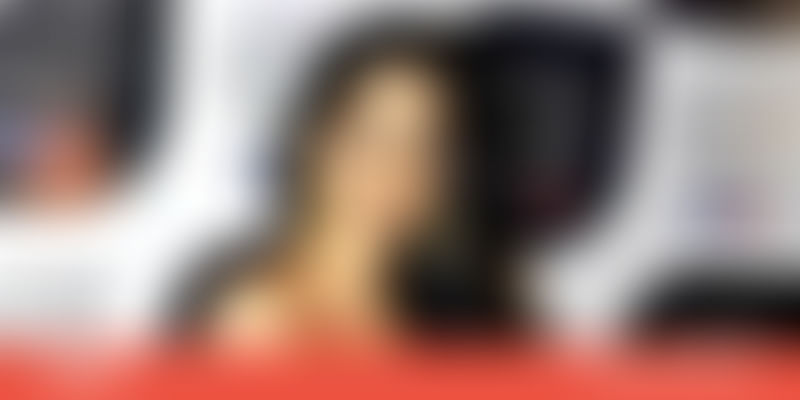 Sridevi has finally been laid to rest. A difficult time for her family and fans alike, Indian television news channels only made it worse with their insensitivity and at times, crassness.

Her sense of comic timing was simply perfect… The first female superstar of Indian cinema… She was one of the few actors who could stand in front of any top star and yet her presence would be felt… She had an onscreen presence that few actors have even today.

These are some of the words that describe actor Sridevi. Three days after her death, while this is what, I think, we must talk of, a few have decided to do otherwise.

Early Sunday morning, more out of habit than choice, I picked up my pinging phone. A friend had written a beautiful post on her childhood memories as a tribute to the beautiful actor. Unaware, my first reaction was to Google why, needless to say I was shocked. ‘End of an era’ was something that came to my mind.

A few hours later a WhatsApp message was making the rounds. It went on to say how sad Sridevi’s life was, and how she lived ‘under the pressure to always look good,’ she was called a ‘clothes horse’. The first thought that came to my mind was - is this needed, and is this the right time?

Is it really the time for this?

Why was what she chose to wear, and look be a point of conversation? I decided to instead focus on my day, but the next three days turned out to be worse.

As Sridevi died in Dubai, it took her family three days to bring back her mortal remains after completing due procedures and following guidelines. In the meantime, Indian television journalism chose to show its worst form ever.

With conspiracy theories galore, and allegations of foul-play, to questioning personal life decisions and goals such as, “Why did Boney Kapoor go to visit her only for dinner? Why surprise her?” Reporters climbing into bathtubs and a few sneaking into the embalming unit, there was a no-holds-barred circus that pointed to only one thing - insensitivity and disrespect.

After Sridevi’s funeral, actor Anil Kapoor, who also her brother-in-law, and the Kapoor family tweeted about how trying the last three days have been. What caught my eye was the last paragraph:

To the members of the media, we ask that you respect the privacy of the family and allow us the space to grieve. Sri lived her life with dignity and we implore that you give her the same respect.

A slew of overnight experts

Dysfunctional or not, dissecting relationships in a family is not cool, moreso when someone from that family has died. Add to this, journalists outdid each other in leaping to conclusions, each one more disgusting than the previous - Sridevi had alcohol in her system, and drugs ingested included fat-burners, and steroids, and of course the many stories of various surgeries.

Overnight, the entire television news fraternity seemed to have turned into forensic and medical experts.

The question is, did anyone have any document to support all that they said and alleged? Did they have sources in the hospital or in Dubai who were privy to the information?

When the autopsy report spoke of traces of alcohol in the system, news channels behaved as if it was their obligation and moral responsibility to tell anyone listening that the actor was under the influence.

With that, of course, moral judgements we abound. Then one of the most bizarre was - ‘bathtub culture.’

Love her for her work

Granted, Sridevi was an actor and there was reams and reams written and spoken about her, both professional and personal. ‘News’ reportage post her death, however, seemed bent on assassinating her character, discussing her life choices, and the stances that she took in life.

During my interview with singer Kavita Krishnamurthy, she had said, “I had made a mistake while singing the song - Hawa Hawai, and when I called the director and told him that I had made a mistake, and we might need to redo it. He said - Don’t bother, you won’t be able to get the atmosphere and energy, and the way Srideviji will perform it on screen will make it timeless.”

The song is truly timeless, as is every performance by Sridevi. And I say, it is time we focus on that.