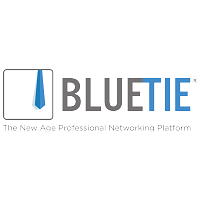 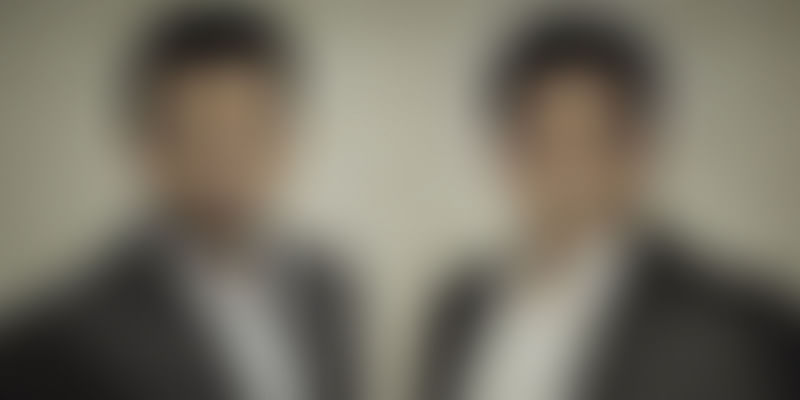 The irony of today’s connected age is that while you may have hundreds of contacts on professional networking platforms, you may not be connected to even half of them in the real sense of the word.

A question that Kunal Garud, the co-founder of BlueTie, a networking platform for professionals, asks is, “Of the hundreds of connections, or the contacts that you have, how many have you actually collaborated with or have had a meaningful professional conversation?”

As a serial entrepreneur and the Former CEO of Shrooms Creatives, a media agency based in Mumbai, Kunal’s conversations with clients pointed to this paradox: that it’s still a challenge for professionals to connect, network and collaborate in today’s ‘connected’ age.

The most common reasons cited were: they didn’t know how to get in touch with the other person, they didn’t have common connections, no one replied to their posts or messages on forums, social media or social networking sites, and the emails they sent probably got buried under an avalanche of unread emails. “A lot of professionals said they reached a dead end after exploring every available avenue to kickstart the connection and collaboration.”

These conversations led to a Eureka moment for Kunal, who along with his brother Kalyan Garud, another serial entrepreneur and the founder of La-Tigid, co-founded BlueTie.

BlueTie: Focusing on networking and not network building

BlueTie aims to make professional networking effective and efficient by enabling easy discoverability and accessibility of professionals wherever there is a shared objective. Kunal says, “We believe that if one person has a problem, then somewhere else another person has a solution, or probably is the solution himself/herself. The key is in getting these two persons to reach out to each other. And BlueTie is trying to create this professional alchemy.”

While networking is the buzzword today, with a number of existing channels and platforms that enable people to network, is BlueTie just other me-too entrant in this business of “network building”?

According to Kalyan, “There is a thin line that differentiates networking from network building. BlueTie was conceptualised to address this very difference. Our philosophy is simple – to complement the speed at which you are growing today, you need to create professional relationships based on mutual synergies at that point of time. Simply adding people to your contact list does not serve any purpose.”

One key feature is that BlueTie enables people to reach out to professionals with a pre-defined objective. For instance, if you are looking for mentorship, the platform will help you reach out to someone who is interested in mentoring. And, if someone is looking to hire for a particular position, then BlueTie will help them identify an individual with the required skill set (or fortes as they call it) who is also looking out for opportunities, and connect the two. Kunal says, “There is pretty much nothing that effective networking cannot resolve. But we also firmly believe that if there is no objective to your approach, and if you do not approach a person with a complementary objective, there are negligible scopes of constructive networking. By helping you find people who share common or correlated synergies, BlueTie is making networking a win-win situation.”

BlueTie uses smart filters like the micro and macro location search that bring even more granularity to the process. For instance, an entrepreneur who wants to collaborate with a freelance web designer available in the same area, can set a filter specifying that she would like to work with a web designing professional within a 5 km radius. This is the micro search filter. The macro search filters professionals at a city level. “Today, time and distance are valued propositions. And sometimes, these can mean the difference between a successful and an unsuccessful collaboration.”

Another interesting feature is that the BlueTie app has an integrated acknowledgement optimisation system which ensures that every user gets an acknowledgement for their reach-outs within a stipulated time. For instance, if you are interested in collaborating on a project based on an immediate need, you can set up a timer asking for a response within an expected time. Another feature called the BlueTie Pin is your professional identity and a safe way to communicate directly with other professionals. So now you can converse with these professionals without the need to share your contact details thereby giving you complete control of who can access you.

A key feature which sets BlueTie apart from similar platforms is that professionals can start networking the moment they join, without having to build or manage individual networks. Kunal says, “It is a myth that building huge networks is great for networking. What happens is that people focus on building individual networks and increasing the size of the network. But what really matters is reaching out to the right person at the right time. That’s why we eliminated the necessity of building an individual network, and ensure that you can reach out to anyone on the platform as long as there are mutual synergies.”

How mutual synergy is integral to BlueTie’s startup story

In fact, mutual synergies played a key role in the two brothers starting up BlueTie. Prior to that, Kunal was heading Shrooms Creatives, his first entrepreneurial venture, while Kalyan was working in a management role at a multinational company in Dubai. At BlueTie, Kalyan oversees financial collaborations and partnerships, while Kunal shoulders the responsibilities of day-to-day operations and execution.

Kalyan says, “We didn’t want to be considered as just another service provider, a job portal or even a social network. We wanted to get our positioning right. So a lot of effort in the initial days was all about internalising what we were not. This helped to bring clarity to our objective and vision. Once this was achieved, it was easier to build our communication strategy and get the wheels moving forward.”

And, after months of intense work, ideating, executing the idea, building the app, building the team and piloting with several professionals BlueTie went live recently.

BlueTie works on a subscription model providing the subscribed users with additional benefits. This is just one of the components in the overall monetisation model. The product has an evolution roadmap planned out for the next 18 months. The co-founders say they have a plan to integrate new product offerings that would enable a better monetisation model, as a part of the product evolution strategy. The co-founders say that the team is also working on integrating advanced AI in the next version of the app to make networking more effective.

Seed investment funding, mentorship, and an amazing prize are up for grabs

As a part of their launch, BlueTie is organising three contests, two of which are aimed at enabling the startup community to address two key challenges – seed funding and mentorship. The third is to enable BlueTie to crowd-source user-feedback and incorporate suggestions that will make collaborations and networking even more efficient.

Win an opportunity to get seed funding: Entrepreneurs or aspiring entrepreneurs can pitch their business plan or idea and win seed funding from Suhail Khan, Sales Director - UAE & Oman, at Oracle and a startup investor

Get mentored by industry leaders: BlueTie has brought on board five mentors across industry domains, including Prabhat Singh, MD & CEO at Petronet LNG Limited, Priyanka Khandelwal Gupta, Founder and CEO at Progressive Edge and Freelance Life Skills Trainer and Coach, Navin Rungta, Co-Founder at LawGro & eLagaan, Khalil Mohd Al-Hindwan, Vice President, TransSys Solutions and Kalyan Garud - Founder and Executive Director at La-Tigid. Participants can choose the expert they want to be mentored by and send their Statement of Purpose to be reviewed by the respective mentor. Ten participants will stand a chance to get mentored by the industry experts, while each mentor will have two mentees.

Test the app to win: Participants will have to download the BlueTie app, get a first-hand experience, and offer relevant suggestions to improvise the app in terms of features and user experience. One lucky winner will win a smartphone of their choice worth up to Rs 1 Lakh.

BlueTie is available for a free download on Google Playstore and Apple Appstore. Also, YourStory readers can use the referral code [YST00001] while signing up and avail two month's free subscription to experience the advanced features of the app.