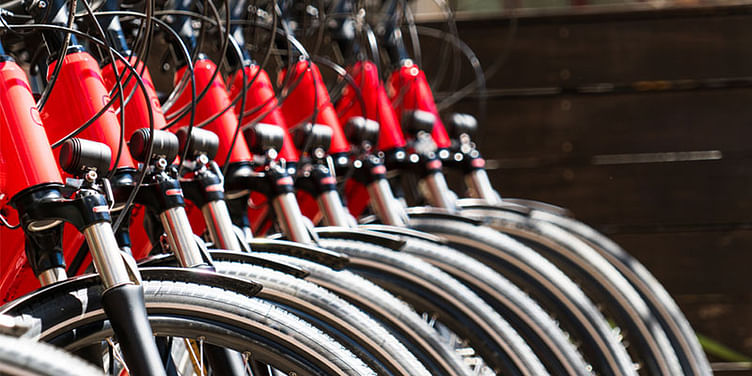 JUMP Bikes, the dockless electric bike sharing company is joining Uber to transition to a multi-modal platform. Ridesharing company, Uber has acquired JUMP for an undisclosed amount. TechCrunch which had earlier reported that JUMP was in talks with Uber for investment including Sequoia Capital’s Mike Moritz while contemplating a sale of $100 million pegged the final price closer to $200 million based on its sources.

JUMP’s CEO Ryan Rzepecki made the announcement via a post on Medium. “I’m excited to announce that JUMP Bikes will be joining Uber. This is a massive step towards achieving our goal of getting more people on bikes and transforming the way people move through cities,” he wrote.

Welcoming the team onboard, Uber CEO, Dara Khosrowshahi in a statement released by Uber said, “Today I’m excited to announce we’ve entered into an agreement to acquire JUMP Bikes, an electric, dockless bike sharing service we’ve already been testing in San Francisco. Our hometown pilot is off to a very strong start, with riders enjoying a convenient and environmentally-friendly way to cruise up and down our trademark hills.”

Started in 2010 as Social Bicycles, JUMP has over the past so many years sold its old bikes to operated its own fleets. It has earlier raised $11.6 million funding to date.

Since the bikes are unlocked and locked using an app, they can be left at multiple public spaces eliminating the infrastructure cost and the GPS location tracking cost. Reuters reported that about 100 JUMP employees will join Uber and the terms of the deal are expected to close in the next few weeks. Earlier in January, JUMP bikes had integrated its service with Uber’s smartphone app in San Francisco.

JUMP’s CEO Ryan Rzepecki wrote, “We are excited to begin our next chapter and to play a significant part in the transition of Uber to a multi-modal platform. Combining JUMP’s track record of product innovation and city partnerships with Uber’s scale, operational excellence, and resources will allow us to make a global impact faster than if we were to pursue our vision alone. At our core, we are still the same team that is passionate about partnering with cities to increase cycling, but joining Uber presents us with the opportunity to realise our dreams faster and at a much larger scale.”

Given that Uber’s rivals in China have become multi-modal, it is Uber’s attempt to strengthen its position too. And as Dara mentioned in the statement, “....we’re committed to bringing together multiple modes of transportation within the Uber app — so that you can choose the fastest or most affordable way to get where you are going, whether that’s in an Uber, on a bike, on the subway, or more.”