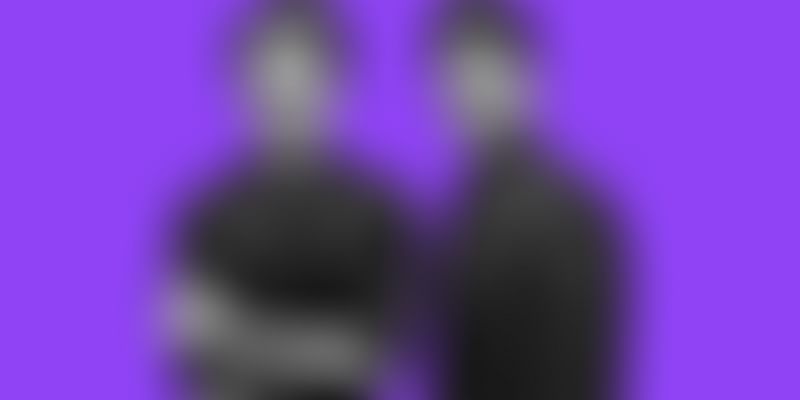 What do they solve: They enable blockchain based smart contracts for micro-corporations or the freelance economy.

Varun Mayya and Shashank Udupa are not your typical Indian entrepreneurs. They are thinking of solving an issue that affects people world over. Their Blockchain startup, Enkidu, wants to enable the global gig economy to transact on their platform with smart contract technology, which enables faster turnaround times in work and setting up businesses.

The twenty-five-year-olds are cousins, but their interests converged only when they were older. Varun was an entrepreneur in the second year of his college and co-founded a company called Jobspire. He also sold the business by the time he graduated, in 2015, for a handsome sum. After which he began to be inspired, like anyone in this generation, by companies like Tesla and Google. He began to explore ideas around the convergence of technology, economics and psychology. Shashank, on the other hand, went to business school in Strathclyde, in the UK, and joined Varun in 2017 to ideate their next big move.

Both of them set up a holding firm called Avalon in 2017, where they began offering consulting and technology services for individuals and small businesses. The firm offered SaaS and content-based services, which is when the duo realised that most of their work was filled with cross-border transactions with multiple parties seeking to connect with each other. For example, a software developer who would want to consult with a company in the US, or in India, would also want to talk with a legal service in the two countries. Varun and Shashank realised that three or four parties had to get together to execute a contract and file several legal requirements. “These experiences told us that we could build a blockchain-based smart contract to get all parties onto one platform and make them work on a transparent and faster loop,” says Varun. Thus, Enkidu was born in mid-2017 with an investment of Rs 1 crore. The company is building the technology over the last year or so and will go live only by the end of the year.

Blockchain is a protocol on which smart contracts are built. Blockchain is a file system that converts every piece of transaction information in to a block. The block puts all parties in a single loop and information exchange cannot be duplicated or changed. Any addition or deletion to the sums, or even sharing of sums, contracts or paperwork requires the entire transacting ecosystem to approve of the change in the block. Once it is approved by all parties, the block is concluded and is stored away for future reference.

According CoinDesk, a cryptocurrency company, smart contracts can:

What does Enkidu do?

Enkidu is a legal-tech solution that provides a small business with 14 smart contracts that handle almost every situation in a small business. Whether it's adding a new member, changing profit-sharing structures, or raising money - it provides pre-built smart contracts for everything. Smart contracts are honoured in a programmatic method. There is no requirement for a legal system in Enkidu. Every Enkidu "business" comes with a payment gateway that splits incoming payments according to the sum result of all smart contracts generated by that business.

Simply put, they combine the skills of freelancers and create micro-corporations when they can come together to execute a particular task. Say, you are a product designer wanting to work with a graphics designer and a manufacturer to execute a prototype for a global retail customer. Enkidu can bring all these parties together.

“With legal support from multiple law firms across the world, we've managed to build a system that avoids the need for you to even register a company, and run it seamlessly with a click of a few buttons,” says Varun.

So, if you are a global freelancer and you are wondering about how to get on to a transparent platform where legal contracts are executed, then this is how Enkidu works:

Enkidu supports the gig or freelance economy making micro-corporations a reality. In the US, according to data provided by Xpheno, a staffing company, there are 50 million freelancers, which is almost one-third of their workforce. All of them provide global services and a smart contract would ensure transparency and a wider access to global talent.

Enkidu says it has a game-changing mechanism that prevents treasury and IP abuse, with Enkidu holding the “collaboration” domain name in escrow. This way each party can ensure that the contract is complete.

Now the finance is where the trick sets in. Say, the micro-corporation finishes the contract with the retailer. The retailer is sent a link by Enkidu to make the payment, which is done by a card or bank transfer. Once the fiat currency comes, Enkidu converts the money into tokens of a particular value, based on exchange rates, and splits it across all stakeholders of the micro-corporation. Here, Enkidu also takes a small cut of the transaction. The individuals who receive the tokens can then use crypto exchanges like Zebpay and Unocoin (Enkidu does not have a formal tie-up with these crypto exchanges yet) to get currency of their respective nations.

There is an RBI regulation saying that public sector banks should not support bitcoin, but Zebpay or Unocoin can work with PayPal to transfer money to the individuals, after taking the Enkidu tokens.

“Blockchain is the future. Policy is not keeping up with the pace of change. Startups in this industry that are able to create value for customers will eventually make policy support new technologies,” says V Ganapathy, CEO of Axilor Ventures.

The RBI is now clamping down on Bitcoin because it wants to ascertain the origin of the transactions and the multi-party sharing arrangements. The origin is important to be traced because the values exchanged can be manipulated from the black economy to the formal economy, which means bitcoin transactions that do not provide traceability can just be a money-go-around scheme by non-state actors to manipulate currency in the formal economy. Say, for example, they may withdraw or deposit Bitcoin worth only Rs 1 lakh for Rs 10 lakh. This is why RBI is working on a policy for cryptocurrency in India. But, again, blockchain for smart contracts and bitcoin should be viewed differently, as they are two separate technology services.

Other blockchain startups, in smart contracts, are Elemential, Sofocle, KrypC and RecordsKeeper and each have different business models that they are going after.

That said, fear not, Enkidu is also going to support your regular currency with smart contracts soon. Enkidu is not in the business of bitcoin trading, it is a technology business that provides smarter ways to work with each other. The startup is named after the mythical Mesopotamian warrior friend of King Gilgamesh, whose death causes Gilgamesh to seek eternal life to save his friend. A complex name indeed, but who said ideas cannot be immortal, or leave behind a legacy, at the least?