From Pune to 123 countries, how Plobal Apps grew to 1M app installs 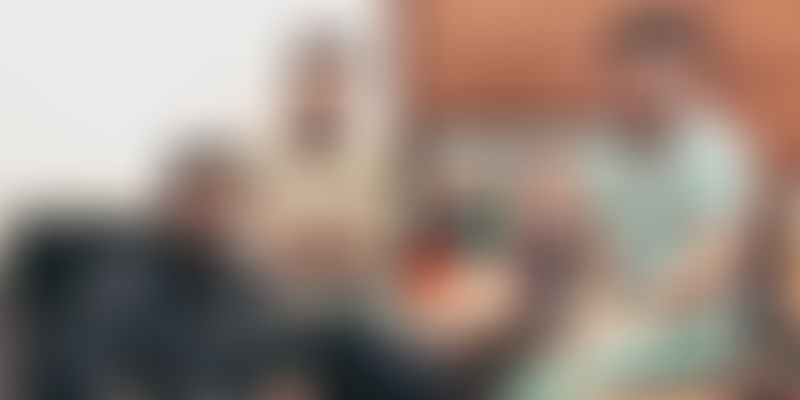 With transparency available at their fingertips, customers now consider mobile apps the litmus test of a company’s credibility. Plobal Apps is helping companies build that credibility with its DIY native app development platform.

With smartphones taking over work and life, users expect startups to have a strong mobile presence in order to take them seriously. But most traditional offline businesses and early-stage startups do not have the necessary resources to develop native mobile apps from scratch, in-house.

Plobal Apps, a Pune-based startup, founded in April 2016, aims to solve this pain-point for traditional businesses and bootstrapped startups with its DIY native app development platform.

Co-founded by Atul Poharkar (30), Aliasger Motiwalla (27), and Abhishek Jain (28), Plobal Apps is a technology platform that provides SMBs and legacy players with integrated mobile business solutions. Their website claims that users can create and develop an app in 10 minutes in five steps by choosing the category, selecting desired features, uploading necessary content by dragging and dropping, testing the app and finally paying for and publishing the app.

Speaking with YourStory recently, Atul highlighted the startup’s growth: the platform has grown rapidly over the last 12 months and the revenue currently stands at more than $500,000, with more than 96 percent of it coming in from international markets. He says the target revenue by the end of this financial year is $1.2 million.

With more than a million app installations and over $9 million sold in Gross Merchandise Volume (GMV), Plobal Apps has touched the six-million mark in app interactions, catering to customers in more than 123 countries.

How does the technology work?

Plobal Apps charges businesses a fixed fee for developing apps on their platform and hands the APK to them after development. APK is an Android package file used by the Android operating system for distribution and installation of mobile apps.

Other than the direct B2B model they have a reseller programme available to enable advertising, digital marketing and social media agencies, as well as website and mobile development companies create fully native apps on both Android and iOS mobile platforms for their clients. They are also one of the partners and offer their platform to customers of Shopify.com, the market leader in DIY website space.

Once a merchant decides to create a mobile app for his or her e-commerce store, they can either go to the Shopify app store and install Plobal Apps sales channel or go to the website and enter their store URL. As soon as the merchant does any of these activities, they instantly land on the Plobal Apps dashboard, where they are given a unique code that can be used to preview their mobile app on any mobile device powered by Android or iOS.

The merchant can then use the platform to customise the design and configure the features on their app. After completing these steps, as soon as the merchant clicks on the publish button, the platform automatically generates the unique source code for their app, compiles, signs and upload it to Play Store and App Store.

Once the apps are live, merchants can use the dashboard to monitor the growth of their app and engage with their customers using features like advanced analytics, automated abandoned cart push notification etc.

Plobal Apps follows a ‘subscription as a service’ model to generate revenue. Its pricing plans start at $99 per month and go upto $799 per month for enterprises stores.

With Starter Plan at $129 per month, the user can access all basic features he needs to start a mobile app sales channel.

Currently, the team has raised an angel investment of approximately $500,000 from angel investors in Pune.

On what the startup brings to the table, Atul says, "Before Plobal Apps, if you wanted to build a native mobile app for your business, you would have to search and identify a good mobile app development agency or expert first. Then you move to making a project scope document, figure out the UI and features that would be required for your app and spend thousands of dollars to build out the first version of your app."

While this entire process takes four to six months and a large up-front investment, it also acts as a barrier for new businesses to launch mobile apps as it is a time-consuming and expensive effort. This was the first problem Atul and team solved: they reduced the app development time from months to seconds and the cost from thousands of dollars to a few hundreds per month.

According to Atul, the second problem that the team has solved and what they realised is the much bigger one is that a lot of business owners had no clue how to get installs to engage their customers and generate mobile revenues once their apps went live.

"Over a period of time we have built tools and automated processes that solve this problem. Hence, one of the most important metrics that we look at now is the revenue generated from mobile apps built using Plobal Apps. We have customers that have generated in upwards of $100,000 in just a few months of launching their mobile apps."

The complexity of DIY apps

From a technology standpoint, it is extremely difficult to automate building of native Android and iOS apps. Atul goes by what Bill Gates once said to guide Plobal’s ethos:

"The advance of technology is based on making it fit in so that you don't really even notice it."

Team Plobal Apps took up the task of advancing the technology in a way that the process of software development itself can be automated. As a result, the merchant or the business owner himself can design, configure and publish an e-commerce mobile app to the app stores without having any knowledge of Java, Objective C, PHP and many other languages and technologies necessary to build such apps.

Instead, Plobal Apps does the heavy lifting for them.

To build such a platform, Atul says they had to come up with a software architecture that can enable the platform to be written in PHP to generate a unique code, in Java for Android, Objective C or Swift for iOS.

"And once this code is generated, even the process of compiling signing and publishing the app on the app stores is automated. This unique architecture enables us to develop thousands of apps on any given day," he adds.