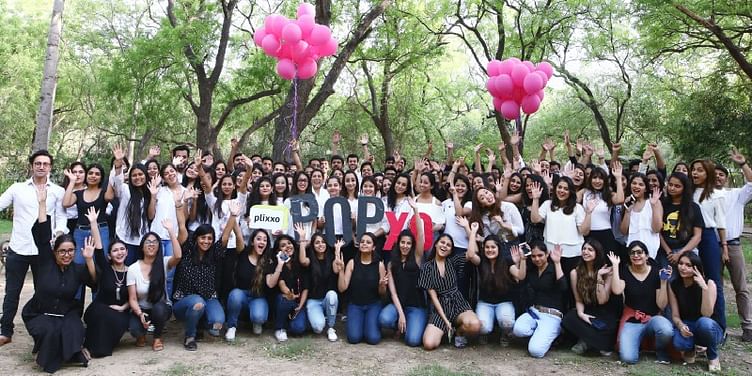 POPxo, an online community for women, has raised Rs 37 crore in funding. The investment round was led by Neoplux and OPPO, with participation from existing investors IDG Ventures India,  Summit Media, and GREE Ventures.

POPxo, launched in 2014, is a digital community platform for women. The platform on Thursday announced that it has raised Rs 37 crore in funding. This round was led by Neoplux of Doosan Group, Korea, and OPPO, China. The round also saw participation from existing investors Kalaari Capital, IDG Ventures India, GREE Ventures, and Summit Media.

Priyanka Gill, Founder and CEO, POPxo, said there has been a build-up of positive international interest in POPxo. She said having the likes of Neoplux and OPPO on the board opens up a lot of markets for POPxo.

“With this investment round, we are looking to consolidate commerce as a strong revenue stream, given that POPxo’s core strength is its proven ability to engage millions of women via content which naturally leads to a low customer acquisition costs and high conversion rates. We also plan to strengthen our vernacular offering, beginning with Hindi along with continued investment in video and our platform.”

The market and why it is lucrative

According to Karan Mohla, Partner, IDG Ventures India Advisors, POPxo has established itself as a dominant media and community platform in India.

He added that by building integrated content, community and a commerce platform, IDG believes the company would continue to drive leadership with female users in the country.

“The expansion on video will be especially rapid as India looks to have 500 million video consumers by 2020 driven largely by women and the youth segment,” Karan said .

The POPxo team says 82 percent of POPxo users are female, and over 70 percent of traffic comes from outside the top five cities. POPxo is now available in Hindi as well.

"In the last year, Priyanka and her team have proven that the Indian media tech industry has finally come of age, and strong businesses can be built on the backbone of the Indian consumer, especially in the women’s sector,” said Nikhil Kapur, Head of South Asia, GREE Ventures, Japan.

In July last year, the team also launched Plixxo, one of the largest influencer marketing platforms. The team claimed that the platform currently has over 23,000 influencers in more than 100 cities across India.

“The Doosan Corporation has wide-ranging interests in Korea; Neoplux, its investment arm, is engaged in diverse sectors and geographies. India is a large market and we feel that POPxo, with the added advantage of Plixxo – its influencer platform, is best placed to win in the content and commerce segment. We have full faith that Priyanka and her team will crack this lucrative opportunity - especially with the value-add we can provide given our access to the Korean cosmetic industry.”

As of last year there were approximately close to 60 million Indian women online and this figure is expected to touch close to 300 million by 2020.

While BuzzFeed is among the global leaders in terms of engagement for listicles and 'viral content', POPxo has competition from players such as MissMalini and Femina, who also cater to women.

Over the past few years, the number of women-centric content platforms has grown. In May last year, SheThePeople.TV raised funding from Anand Mahindra. It just isn't funding rounds that women-led platforms are raising; there has been an increasing focus on women-driven content as well.

There is also an increasing focus on digital content creation platforms. Between 2015 and the present, several digital content and news platforms have raised funding. Apart from POPxo, Kalaari also invested in ScoopWhoop in November 2015.

When asked about the decision to invest in POPxo, James Zheng, OPPO India Investment Manager. said in a press statement,

“We have been working with POPxo over the past few years, and they have been a key partner in our digital strategy in India. Given the success we saw there, we became interested in investing in POPxo. We are confident that POPxo will become a significant player in the ecommerce segment - with their ability to create content at scale and drive user engagement.”

“There are 60 million women who are online now. Kalaari has been an early believer in the need for women-focused digital communities and is excited about the progress POPxo has made,” said Vani Kola, Managing Director, Kalaari Capital.