After food, now your mattresses come in a box with SleepyCat 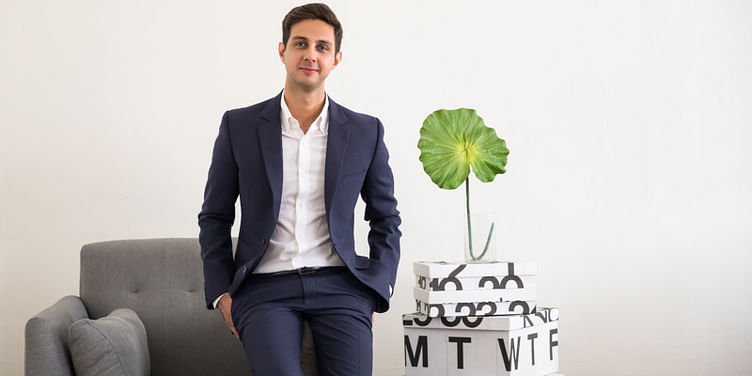 After a long day, the one thing most crave is the comfort of the bed, and here, the mattress you use goes a long way in ensuing rest and relaxation. There are several brands offering a wide range of mattresses in the market, from basic cotton and coir ones to those tailored for specific needs and even body types.

In this already-crowded market, making the right choice when it comes to choosing a mattress is no mean task, especially considering that a purchase typically lasts 10 years or more. Enter Mumbai-based SleepyCat, which is making this choice take on another dimension – of convenience.

The company has come up with the concept of mattress-in-a-box, where a mattress can be ‘boxed’ compactly for easy delivery.

A graduate from the Indiana University, US, with a double major in Economics and Telecommunications, Kabir started off as an investment banker in Mumbai. Five years later, he decided to join his family business of distribution of mattresses and other furniture.

Winning the distributorship of a traditional mattress brand in eastern India, Kabir used it as a training ground to understand the different steps involved in manufacturing mattresses.

He also saw customers were often confused about the variety of mattresses available, and invariably ended up buying mattresses that they were either not fully convinced about, or those that did not suit their requirements.

"They were never sure of what would suit them until they tried it for a while. Mattresses are expensive, and customers had to spend a lot of time visiting different retailers trying to understand and pick the right one,” says Kabir.

Seeing that most customers preferred mattresses that had some basic features such as memory foam, removable covers, and most importantly, were affordable.

“Knowing all these issues while buying a mattress, I went and penned down my thoughts on a piece of paper to understand how we can make this experience more fun and enjoyable, and not cost everyone an arm and a leg. It had to be way easier for the consumer and simpler for the seller,” says Kabir.

He adds, “I still have the piece of paper I scribbled these issues on two years ago.”

Kabir also says logistics was a big challenge. Traditional mattresses are bulky, and delivering them often was difficult. Also, when it comes packing and moving, and maintenance, there are several issues.

“Majority of the buildings and condominiums in India are old, and do not have service elevators. This means carrying a mattress up flights of stairs, and squeezing them through doorways was a difficult task. In fact, you’d be surprised that many mattresses cannot be delivered for this reason. All of this added to tremendous cost for mattresses,” says Kabir.

It was then the team decided to vacuum pack and put them in a box so that they can be couriered easily.

“We have sent mattresses to dive centres in Andaman and Nicobar Islands, and to army personnel in Jammu and Kashmir, and we can do this at a tenth of the traditional cost. This technology was used outside India earlier, but the Indian market had not adopted it. You have to get the quality and density of your foam absolutely correct for it to bounce back to its original shape after you open it,” says Kabir.

The concept of a mattress in a box is slowly picking up in India and competitors include Bengaluru-based SleepyHead. The cost of a SleepyCat mattress ranges between Rs 10,000 and Rs 17,000 according to their website prices.

The price point was also a crucial factor for mattress sales, Kabir says. Having visited close to 14 to 17 factories, and testing hundreds of samples and combinations of foam, Kabir figured the best mix.

“I tested my mattress combinations among 50-90 people who have different demographics, age, weight and other characteristics. I then narrowed it down to the SleepyCat mattress, which provides comfort, support, temperature control and durability,” says Kabir.

The SleepyCat team imports raw materials from the US and China, and the mattresses are contract manufactured in India.

“Sometimes, to keep up with the demand, we import complete mattresses. But this can be time consuming and expensive. We are slowly looking to source all our raw material in India, and keep everything within the country. We have already found some suppliers, but it will take time as we want to make sure there is no compromise in the quality and finished product. Till then we will continue to import at a higher cost if needed,” says Kabir.

SleepyCat debuted on the Amazon Launchpad in August 2017 and sold over 30 mattresses in first week.

According to a Forbes report, online mattress sales made up five percent of all sales in 2016. The report also said at the growth trajectory in 2017 was double that of what was seen in 2016.

SleepyCat is currently focusing on creating awareness about the mattresses, and reaching new markets and customers, establishing the brand, and increasing manufacturing.

“All our growth so far has been purely organic and through word-of-mouth. We have a 90 percent five-star rating on Amazon and 10 percent four-star rating. We are focusing on maintaining the same quality as we increase our capacity. Also, as we enter newer markets and Tier-II towns, there is certain amount of reluctance we have to overcome. The concept of buying a mattress online in India is fairly new in Tier-II towns. That's a challenge we're looking forward to,” says Kabir.