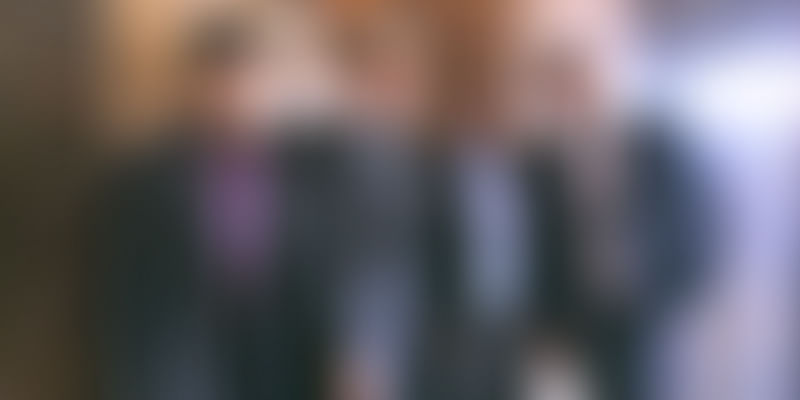 ‘There's nothing to lose,’ has been Anirban Das Blah’s guiding principle for most decisions in life. The same principle led him to leave a high paying job, to reject an offer from Tata Consultancy Services (TCS), and to join tennis player Mahesh Bhupathi’s sports management firm Globosport.

The same principle also led him to start Kwan, a celebrity and talent management marketplace.

“People think celebrity management is a big business in India. It really isn’t. When you say celebrity management, it is Rs 1500 crore or Rs 2500 crore. But that is what the celebrities earn. What the agencies typically earn is 10 percent of that. It therefore is a Rs 150 crore to Rs 200 crore business, including the unorganised segment,” says Anirban.

Anirban had initially started Kwan to focus on getting endorsements for celebrities, but later moved to managing the celebrities themselves as the former was not scalable. Today, Kwan is a marketplace model that helps bring celebrities, brands, producers, directors and television shows together.

Kwan claims to have generated annual business worth over $500 million for its clients.

Hailing from a middle-class family in Shillong, Anirban always sought to do ‘something new’ and ‘different’. Inspired by the film Jerry Mcguire, and the term ‘Kwan’, sports management started to gain appeal.

“At that time, I was set to move to TCS (Tata Consultancy Services) to doing government sales in London,” says Anirban.

A presentation on sports management by an advertising agency at his current company changed the course for Anirban. “I wanted to get in touch with Globosport and asked the agency team to connect me with the company,” he says.

At 23, Anirban dreamed of building an interesting resume, joining a top B school, and working at Goldman Sachs. Then he went ahead and joined Globosport.

“After joining there, I realised there wasn’t much being done on the sports management side. So, I met with Mahesh (Bhupathi) and told him, ‘I joined because of my love for sports and sports management. Can we really do something about that?,’” says Anirban.

Mahesh encouraged Anirban to start out on that side of the business and soon, the latter was organising and managing Indian sports celebrities, when meant helping them get better deals, endorsement offers, and brand tie-ups.

“It was by complete fluke. The business had started growing, and I had great success with Sania. I felt that there could be a way in which, she could be positioned. We never had someone with that personality as an Indian sportswoman before, and that turned the tide. The positioning helped her get endorsement and sign ups,” says Anirban.

Anirban started with signing up tennis player Saina Mirza and cricketer Zahir Khan. While Globosport’s sports management business was growing, it was still losing money. The talent business, on the other hand, was doing well, and in 2003, at the age of 24, Anirban unofficially took over the management of the company.

Disillusionment and boredom soon set in. He saw the entertainment industry was by and large unorganised, especially the celebrity management space. “There was hardly any transparency. Everything in entertainment, had no transparency, no pricing clarity, no one making sure that what is committed actually gets delivered. We need to own the entire ecosystem, of matching talent to the right scripts, celebrity to the right brand and everything,” Asked Anirban.

That is how the idea of Kwan came about. Through an ad film director, Anirban met and later signed up actor Saif Ali Khan. “I flew to Delhi for the meeting. Saif showed up in an hour. What I told him was that there is hardly anyone who can manage and showcase someone to establish you as brand,” says Anirban.

Soon, Mahesh saw Globosport was not sustainable and that is when Anirban decided to start Kwan, after he paid off a non-compete clause. “Saif was supposed to be our marquee client, and as soon as we started, he decided not to work with us. He said ‘If I am showing this commitment, then I don’t want you signing in any more male clients’, but that wasn’t acceptable to me, so we started with no clients,” says Anirban.

Anirban started Kwan with his younger brother and two other boys. “I said to them, I don’t know what will happen, how good we will be, or how successful or unsuccessful, but if the four of us stick together, we will build something decent. That is how Kwan started,” he recalls.

“In a classic way, the studios usually owned and operated agencies, which was a burden for the studio, and did not give an opportunity for talent to really grow. We wanted to move away from the old standard practices of competing and wanted to go back to the ways of collaborating, which really was the true intention at the beginning. At Kwan, in a year, we were able to build a large portfolio of film, television and brands, and found the right way of working with studios and talent to maximise potential. At Kwan we don’t make deals. We make movies,” says Rana.

The platform works like a typical marketplace, where it connects celebrities with brands, studios, television shows and other media. Anirban adds that it, therefore, gives the company the ability to work with a range of different actors and talent.

Kwan has 60 directors, and has worked on 30 films and 20 television shows. Agents run their own micro accounts, and businesses. “Like any good marketplace, all of the people who participate have access to information faster than anyone else. This science never existed in Indian cinema,” explains Anirban.

In 2014, Kwan entered into a joint venture with US-based Creative Artist Agency, the world’s leading entertainment and sports agency. It later bought out the company.

Last year, Kwan launched Mojostar, a joint venture of Kwan and Dream Theatre. The company partners with celebrities to co-create authentic, high-impact indigenous brands in the lifestyle space and is currently working with actors Tiger Shroff and Jacqueline Fernandes.