'If startups aren't given projects, how will they gain experience?': Modi urges govt officials to work with youngsters 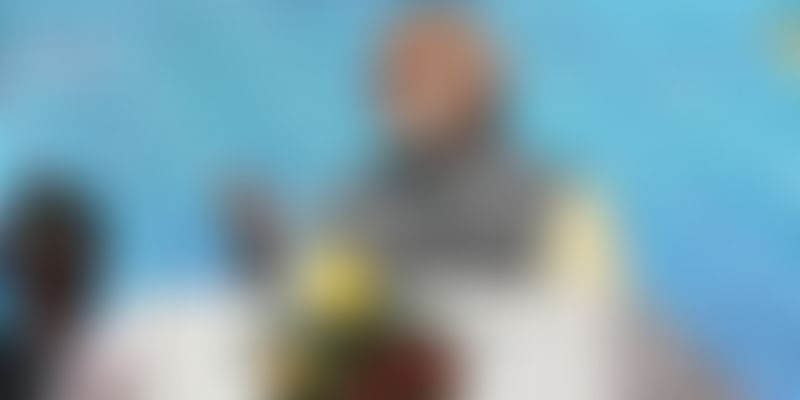 Since Prime Minister Narendra Modi announced the Startup India initiative in January 2016, startups have become mainstream in India. On Wednesday morning, Modi had a live interaction with startups across the country as well as with student innovators who are a part of Atal Innovation Mission’s Tinkering Labs.

He addressed startups in not only Bengaluru, but also those in Raipur, Chhattisgarh, Dehradun and Rajasthan, and school students from Tuticorin and Goa.

“We want to encourage innovative thinking and mindsets right from a younger age. The best way to ensure that is to make sure that students are given the right tools, and equipment and mentorship to put their creative minds to use. And that is the primary aim of the Tinkering Labs,” Modi said.

He added the mission of incorporating Atal Tinkering Labs into school curriculums, just like the usual science labs. "Over 2,500 labs are being set up, where tools, equipment and concepts are being used to encourage innovation in children," he noted.

A significant achievement of the Startup India programme is that it turned the spotlight on the startup ecosystem in the country and showed that startups are viable contributors to the economy. And it did a lot to raise awareness about startups in the mainstream consciousness, as well.

Ensuring startups get the needed funding

Modi reiterated the importance of funding for startups, and spoke about the 'fund of funds' scheme. He said,

We've committed over Rs 1,200 crore to different Alternative Investment Funds (AIFs) that have been able to catalyse over Rs 7,000 crore worth of investments towards startup funding.

He added that once the 'fund of funds' achieves its target, Startup India would have catalysed over Rs 1 lakh crore of funding for startups. Most of the funds will be invested through the Small Industries Development Bank of India (SIDBI). However, according to the latest update on the Startup India website, as of September 2017, only 73 investments have been made across over 30 sectors, averaging barely two companies per sector.

“While SIDBI is a great initiative, the challenge is that SIDBI puts in some investment and, for the rest, startups need to seek investment from independent fund managers. The process also needs to be a little more simple. There is a need for more capital, and it would be great if SIDBI could partner with insurance companies, banks, pension funds, corporations, and there could be tax breaks for corporations,” suggests Sanjay Anandaraman, mentor to startups.

However, Modi, in his speech, assured that there would be a significant push to ensure that startups get funded faster and quicker. And there would be more push to encourage startups from smaller cities and towns.

"Over 44% startups are in tier 2 and tier 3 cities. This is very encouraging" #InnovationKiBaatPMKeSaath pic.twitter.com/npdmTdkSY4

Modi also urged the use of competition to foster creativity. To this end, the government is running programmes like Atal New India challenge, which aims to tackle pressing issues facing the country. They have also been conducting a Smart India hackathon. He pointed out that in the past two years, over one lakh students have participated in this hackathon from all over the country.

"Startup India hub is a one-stop platform for the ecosystem. With 150+ incubators, you can talk directly to 10 government departments. Over 88,000+ people have had their queries resolved on this platform as well. The Startup India Hub has a learning programme that allows aspirants to conceptualise a business plan. Over a lakh people have registered for this programme," Modi noted.

"There was a time when a startup's story used to end before starting up. That has changed now. To make a market accessible for them, there is a huge push being made. I would urge startups to know more about the Government e-Marketplace platform,” said Modi, adding that the Startup India mission has made it easier for startups to now work on government projects as well.

He explained that rules like experience of 10 years before applying for a government project have been relaxed and cumbersome application procedures have been made simpler and easier. "If a startup isn't given a project, how will they gain experience," he asked. He also urged government officials to trust youngsters. Startups can now self-certify for six labour and three environment laws.

Another way of encouraging innovation and development is making the process of patent filing simpler. The application of trademark now has eight forms instead of the earlier 75. There also is 10-percent relief for startups filing for patents and trademarks.

"Trademark registrations have seen a 3x growth in the past three years and this year by February there were close to 11,500 patents filed," Modi said.

While the roadblocks for the implementation of Startup India hasn't been in terms of laws or ideas, the challenge has been the process.

"The compliances are onerous. The Inter Ministry has to deem a particular company as a startup, a merchant banker needs to evaluate a startup. This makes the costs higher and also causes delays. Also, there are several compliances under this," says Sanjay, adding that for M&As the documentation needs are higher.

"There are several startups that have received income tax notices for the angel investment they have received. This is specifically for the valuation they have raised the money. These things need to change," Sanjay says.

He, however, believes that these are initial challenges and, with time, the government will incorporate the changes and make it easier for startups to innovate and grow.