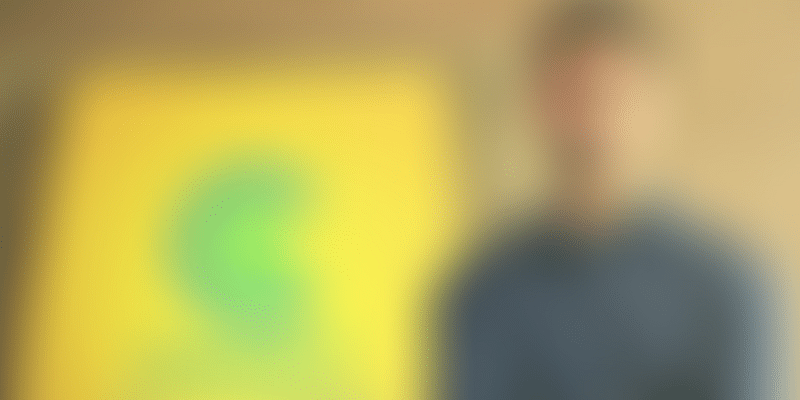 Re-commerce platform Cashify, which is the official exchange partner for leading smartphone brands including Apple, OnePlus and Samsung, recently on boarded Chinese company AiHuiShui as a strategic investor and partner. YourStory spoke to Mandeep Manocha, Co-founder of Cashify, to know more about the partnership with AiHuiShou, growth plans and others.

Established in 2013, Gurugram-based Cashify offers a home pickup service and instant cash for selling smartphones and other electronic gadgets across 25 cities. In its five-year journey, Cashify claims to have served over 1,046K customers, and encashed 972K gadgets. In a bid to offer best value to sellers for their used gadgets, the re-commerce platform has partnered with e-commerce marketplaces like Amazon, Snapdeal; offline retailers like Croma Retail, and OEMs like Apple, OnePlus, Samsung, Xiaomi, and HP.

Earlier this year, the platform raised $1M in a venture debt funding round from Trifecta Capital. This was followed by Cashify’s latest Series C funding of $12M from Chinese investors, which included CDH Investments and MorningSide Group, with AiHuiShou as a strategic investor. Cashify’s existing investors Bessemmer Ventures and Shunwei also participated in the round.

A statement earlier released by the company highlighted that since the used-smartphones market is majorly unorganised, Cashify wants to improve overall procedure & SOP management, standards for grading and assessment, and enhance quality control procedures.

In a conversation with YourStory, Mandeep Manocha, Cashify co-founder, talks about how the Cashify-AiHuiSHui partnership will likely impact the brand’s growth plans, its bets on the future and others.

YourStory (YS): Cashify recently onboarded Chinese re-commerce major AiHuiShou as a strategic investor and partner. How is this partnership expected to help Cashify?

Mandeep Manocha (MM): AiHuiShou (AHS) has successfully scaled up the business in China, and is ahead of the curve. This partnership will fasten our growth by incorporating backend technology solutions, which AHS has implemented at their operation centers in China. We are building state-of-the-art refurbishing facilities in India, and this partnership will give us access to requisite technology and also access to quality spare parts suppliers in China.

YS: Tell us about Cashify’s plans to expand into international markets?

MM: India itself poses great opportunities, and for the next few quarters, we will solely focus on home turf. International plans are still at the discussion table, and it will be hard to pin point the next market at this stage. We are looking closely at Southeast Asia and the Middle East.

YS: What excites you about the re-commerce space? What prompted you to start out in this space?

MM: The upgrade or replacement cycle for an average smartphone user has come down to 14-15 months. Club this with the fact that 130+ million new smartphones are being sold in the country today, and there are large quantity of devices, which are ready to be sold or exchanged every year. On the demand side, 60 percent of India is still using feature phones and a good quality, 'branded' refurbished smartphone is an ideal choice for a large number of value conscious customers.

YS: Any challenges along the way? Could you call out a few?

MM: Challenges are part and parcel of the journey. Some of the challenges we faced were about raising money initially. Most Indian investors could not wrap their head around the fact that there is large second-hand mobiles market. But the greatest challenge, which almost killed us, was Demonetisation. Besides these, there were hurdles like sourcing spare parts for refurbishing. Also attracting good talent for a business like ours was difficult. (Ecommerce big boys were doling out much higher salaries, and so were food-tech companies, which opened dime a dozen at one point). While these were some of the most-significant hurdles, there are many more to add to the list.

YS: Cashify acquihired Bengaluru-based MobiBing earlier. How has the move impacted the business?

MM: It helped us strengthen our operation in southern states in India.

YS: Will we see more such developments?

MM: Hard to comment at this stage. If there is an opportunity, we would definitely consider it.

YS: Since Cashify deals in a wide range of smartphones and electronics, can you list out the categories as per their monthly transactions? Which is the driving category?

MM: At the moment Xiaomi, Samsung and iPhones constitute the majority of smartphone brands that are sold on the platform. This is dependent on the sales of a particular brand in the preceding year. About 90 percent of the devices traded are smartphones, five percent are laptops, and the rest is a mix of TVs, desktops and gaming consoles.

MM: We have started a new service of Mobile Screen Repair called www.screenpro.in. A user can get his/her mobile's screen replaced at doorstep. We are currently live in Delhi/NCR, and would be soon launching in other cities.

Another initiative is the offline kiosks we are building in malls and metro stations. These will act as collection centers for used phones and also point of sales of refurbished mobile phones in future.

YS: Going ahead, how do you see the re-commerce space shaping up in India?

MM: These are early days for this space, and you would see a lot of activity. So far the space has been highly unorganised, and going forward, there would be a few big names who would emerge in this space.