IT industry looks to embrace the startup revolution in Goa 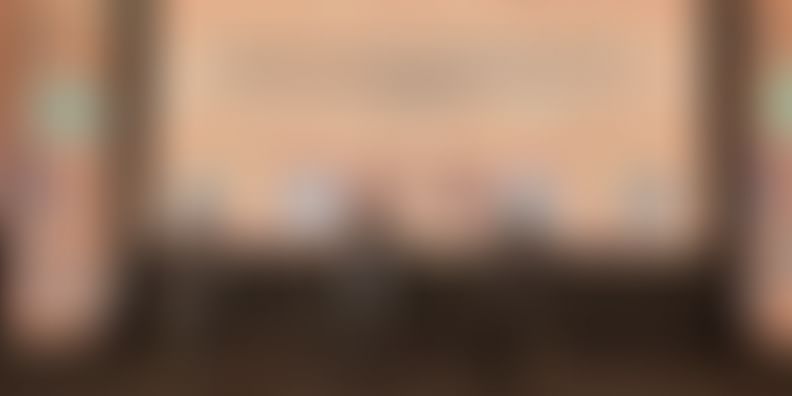 Increasingly, technology bigwigs in India are seeing the value in engaging with startups to come up with solutions to address the growing need for IT in all industries and domains.

India’s $160-billion IT industry is hungrier than ever to be working with startups. That was the focus of the discussion at Day 1 of the Goa IT Day, which saw the state’s IT Policy and Schemes released yesterday by Union Minister for Electronics, IT, Law and Justice, Shri Ravi Shankar Prasad, along with Goa Chief Minister Shri Manohar Parrikar and Minister for IT, Revenue, Labour & Employment, Shri Rohan Khaunte. The state aims to become a vibrant IT destination in India and among the top 25 startup destinations in Asia by 2025.

“There are more and more technologies like applications of blockchain that the governments are eager to adopt. This makes a huge runway for startups. It is not infrastructure and software licences anymore; governments are making it an open play for startups too because of disruptive technology collaborations and their technological applications.” Last October, the Andhra Pradesh government started piloting Blockchain in cases of land registry and e-governance.

Today, every large enterprise continues to develop accelerators or incubators to work with startups taking their proof-of-concepts to customers. However, Ramanan Sambukumar, Head - Open Innovation & Wipro Ventures, said that Wipro doesn’t conform to having an accelerator or incubator, but directly puts relevant startup driven innovations in front of their customers.

“We source these startups by working with NASSCOM, Microsoft Accelerator and other VCs across the globe. We identify the right set of startups and think how we can get them into Wipro and its solutions. The value proposition in solving customer problems are important,” he explained. Instead of an incubator, Wipro has a StartEx (Startup Exchange) programme that acts as a confluence between Wipro, its customers and the startups.

And for startups the value proposition lies in the market knowledge and the global reach that Wipro can provide with its client base. Wipro’s Open Innovation team is currently working closely with 45+ startups from across the globe, including six on Smart cities projects for India. Also, Wipro Ventures a $100 million fund, has invested in 11 early to mid-stage startup companies from India, Israel and US.

Lux Rao, Solutions Director & Leader, Digital Transformation at Dimension Data, said that the government, both those of states, and Central, have been playing the role of catalysts. He noted that budding entrepreneurs who have an idea should have the freedom to just think about building upon it and be stress-free of any infrastructure.

The government, here, becomes the alpha-customer to test.

“Think about Smart Cities; it is a mission first for the government. They say startups can’t play in it. But, today, if you have an idea and if you have a solution for the catalogue, and disrupting the smallest application, you can have your own play.”

And technologies like artificial intelligence, machine learning, hybrid cloud, blockchain, and cyber security provide a plethora of opportunities for startups to get into and disrupt.

Every industry is waiting to be disrupted …

On how fintech is disrupting taxation, Prakash of EY said that a good example would be the GST implementation last year, where the government opened the platform to players. While players like Tally started reaching 10 million indirect tax players, EY continued to focus on bigger players and corporations like Unilever, thus creating enough space for both companies to thrive. He added,

“Technology reform in Indian taxation is an incredible story to tell and nowhere has this been rolled out. That’s the disruption we are talking about. But the changes will happen in society by bringing up entrepreneurial API platforms.”

Ramanan took Prakash’s example further by noting how the Open Banking revolution is taking over Europe. He said,

“There is regulation worked on in Europe for open API banking where banks can share information to any of the Fintechs with customer consent. And Fintechs are always looking for data to build innovative solutions. But some banks realise that they might have to open up before someone out-competes them and gets all the players on their platform.”

Lux pointed out how every industry is waiting to be disrupted and every organisation now has an IT department.

He broke down disruption in IT into four layers:

“The first layer of disruption was the internal IT team, which every organisation has. Next was customer-facing IT, including mobility applications to get to customers. The third was bilateral IT. But now the disruption is at ecosystem IT, based on the whole notion of creating an ecosystem. We know that our data is important, so companies now think that instead of getting eating by an upstart, they may as well take their solution.”