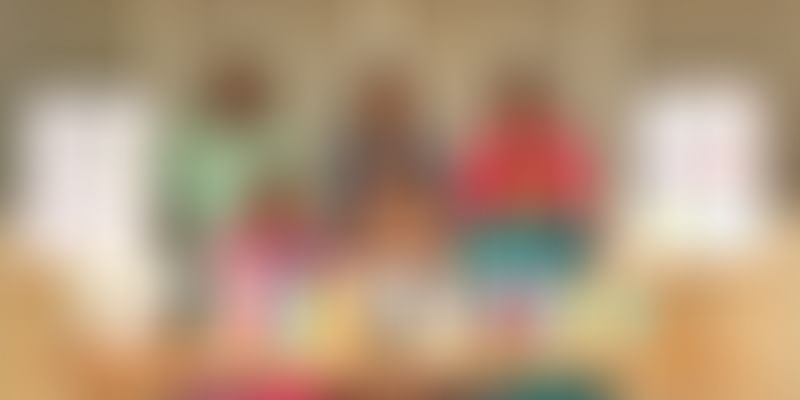 In 2016, Mayura Rao, a consultant at a global advisory firm, was doing well at her London office. But something seemed amiss. Guiding businesses on what to do and what not to do, she asked herself a question. “Why wasn't she in business?”

Not long after, she chanced upon an idea. In England for eight years, tea drinking had become a natural, if not national, pass time. Mayura realised tea drinking was backed by enormous science and a complex supply chain, but most people did not know their teas.

The famous ones - Assam, Darjeeling, English Breakfast and Earl Grey – most had heard of, but there were several varieties that were unexplored. The supply chain worked with precision, but consumers did not know the history behind a particular tea. The storytelling was missing.

So, Mayura packed her bags, quit her job, and invested Rs 10 lakh in setting up a business. Ausum Tea. Her premise? To make tea drinking cool again with stories of the ingredients that went into the tea and what they translated into for the human body and mind.

Just a decade ago, in 2008, Mayura, an engineer, went to London or her master's degree. She was quickly fast-tracked to a consulting role as soon as she graduated. As a consultant, she was exposed to business strategies of various companies, from retail to manufacturing. Her focus on numbers is what led her to the tea trail.

According to Assocham and the Indian Tea Association, India consumes 1 billion kg tea each year and is close to a Rs 33,000 crore market.

Mayura decided to tap it. “I returned and went to 15 tea estates in Darjeeling. All were happy to send me samples of their tea. I was surprised that these companies were actually okay with complete strangers calling on them and demanding samples,” says Mayura, the Founder of Ausum Tea.

Why did she go to the tea estates first? To take the first step in setting up a supply chain.

Once she homed in on a tea estate in Darjeeling that could give her a specific variety of leaves, she travelled to Allahabad to get the botanical suppliers. In Bengaluru, she found fruit suppliers; her experiment was just beginning. In 2016, she brought all these ingredients into her kitchen and experimented with different tastes. She eventually figured out the proportions and blends, decided on nine blends, and started scouting for a factory.

Her brand, Ausum Tea, was born in the financial year 2018. The startup does not offer regular teas; it focuses on tea blends and tisanes that “create a storm in a tea cup”. The tea blends available include Calm 'em Nerves, Eastern Zing, Mango Mess, Petrichor, and Pure Seduction. The tisanes on offer are After 8, Spanish Sangria, Banana Bread Nut, and Winter in a Mug. Other varieties include spiced blends, floral blends, fruity blends, dawn-to-dusk options, and cold brews.

“I also wanted to be different from the mass teas available in nylon sachets. So all my teas are in cotton recyclable tea bags,” Mayura says.

After sorting out the supply of ingredients and the packaging, she began to do trial runs with her friends and families in 2017. She began selling branded tea in her neighborhood, in the suburb of Jayanagar in Bengaluru. After selling around 100 numbers in less than a week, Mayura began to focus her energies on a manufacturing unit and distribution.

“It's amazing how the internet allows you to test the product and physical stores give you scale,” Mayura says.

The business of tea

Today, Mayura sells 50 percent of her gourmet teas in 36 physical stores in Bengaluru; 50 percent sales are made through the Ausum website and Amazon.

“I have to get the distribution absolutely right in retail and also ensure that my products sell fast in every distribution channel,” she says.

Ausum Tea had a revenue of Rs 30 lakh as of FY 2018. In the coming financial year, the company aims to grow its revenue four-fold as Mayura ties up with several more retailers and works on brand-building across ecommerce channels. For now, the brand is distributed in physical stores in Chennai and Bengaluru.

The 20-member team stresses on the fact that they are not a copycat brand. “We don't compete with single origin tea companies that have gone and raised money,” Mayura says.

Mayura does not want to disclose the total stock Ausum Tea sells per month but she says these are hand-crafted teas and are made in small numbers. “These teas are organic, caffeine-free and chemical-free,” she says.

Vikas Lachhwani, of MCaffeine, a lifestyle brand that sells exclusively online, says: “There are several new-age brands in India. What they are trying to serve is an India that is looking to express itself globally, yet give a very local twist to services.”

Clearly, Mayura is on to something.

In the last few years, several tea companies have taken off in India. According to a report by India Brand Equity Foundation, India is ranked fourth in terms of tea exports, which reached 232.92 million kg during 2015-16 and were valued at $686.67 million. Tea production hit 1,233.14 million kg in 2015-16, led by states like Assam, West Bengal, Tamil Nadu, and Kerala.

The premium team market is pegged somewhere close to Rs 3,600 crore. Many startups are eyeing this market; the list includes Teabox, Tea Culture of the World, The Kettlery, Tea Trunk, BuyTea, and Infinitea. However, Ausum Tea does not compete with brands like ChaiPoint or Chaayos, which have their own cafes.

Mayura, who is investing her money, knows very well that she has to invest a lot of capital to increase her reach and scale the operation. But she’s in no hurry; she wants to test the market and win loyal customers before she scales across India. One thing is for certain: this business is certainly her cup of tea!