Move over Smart Cities, “Smart villages” are here with SmartGaon 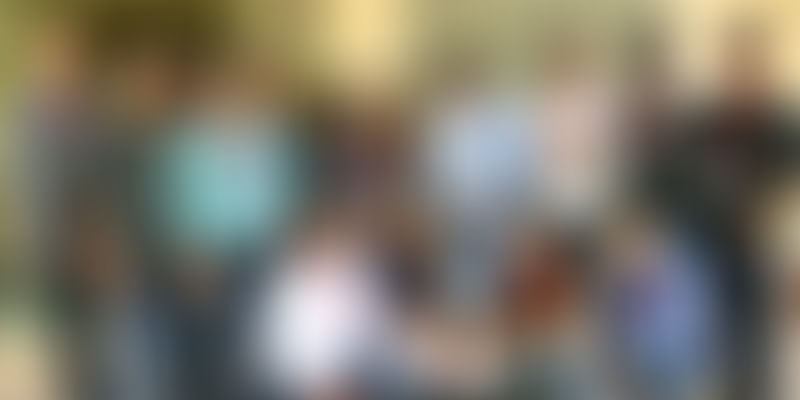 SmartGaon is an app that connects a village’s population internally and with the developed world. It also serves as a knowledge and information centre, a market place, a helpline, and a holistic development tool.

While rural India may bring to mind clichéd images of bullock carts, farmers and roadside stalls, there’s much more to a village than these.

Taudhakpur, a remote village in Raebareli, UP, is shattering all these stereotypes.

Once derided as a village with limited amenities, Taudhakpur has now been transformed. The village has a proper waste management system, streetlights, CCTV cameras, over 242 toilets, a WiFi zone, and 20 hours of uninterrupted power supply and connectivity.

The app not only connects an entire village population internally and with the developed world, but also serves as a knowledge and information centre, a market place, a helpline and a holistic development tool to make their village a ‘SmartGaon.’

While starting up, the founders faced two major challenges. The first was to educate the farmers about the initiative and convince them digitisation would help in progress. The second was to work in parallel with various government schemes for rural development.

“We overcame these by interacting with villagers and involving the local civic body in the initiative. We also thoroughly researched all the government policies,” says Yogesh.

This is how it works. “We first select a village that has basic amenities and has potential to become a SmartGaon. After which, we include the local civic body in the initiative and execute the process. This process can take up to six to eight months to complete,” explains Yogesh.

The SmartGaon app has it all - a directory, calendar of events, health centres, and information centres. Currently available only in Hindi, Yogesh says the goal is to reconstruct Indian villages in such a way that people can lead an invigorating and fulfilling life, as in the cities.

“We have a holistic approach where we concentrate on all-round development of the village. We have a revenue generating module, Gram Mart, an online marketplace through which people can sell their produce at the right price,” says Yogesh.

While the team has refused to share revenue details and projected revenue, Yogesh adds that Gram Mart works on a B2C model, where the money comes from the sales made on the online platform. Currently bootstrapped, the team started building the app from a pool of their personal savings.

Most of the other offerings are not for profit. The app covers all aspects that focus on development that include setting up of school infrastructure, working with gob vents for digitisation, building toilets, and installing CCTV cameras.

“The project is still in its early stages. We have just completed our pilot, which was recognised by the UP government, people of Taudhakpur, and leading media platforms. We have already started projects in villages of Chhattisgarh and Maharashtra. Apart from our pilot project, we now have over 500 farmers who have joined the SmartGaon initiative,” says Yogesh.

Currently, there are several startups focussing on ‘India 2’ - Rural India or development in Tier II and Tier III cities. Aprameya Radhakrishna’s new startup - GetVokal too is focussed on building for the next billion.

Thus, most platforms work in different ways. There is also Gramin Healthcare, which is digitising healthcare in rural India. “We plan to convert at least 100 villages into SmartGaon in the next five years,” says Yogesh.