Moved by a child's death, this UP man built a bridge with his retirement fund to save lives 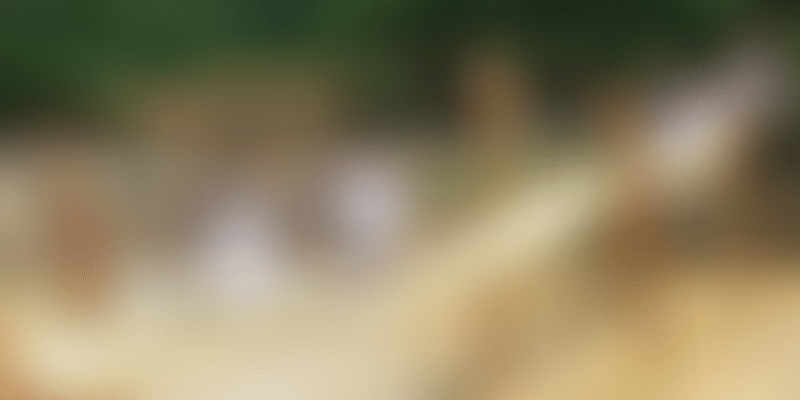 A young girl in Kushinagar district of Uttar Pradesh lost her life because of a dilapidated bamboo bridge. Moved by this incident, a resident of the same village, Santu Prasad, took upon the onus of building the bridge. Using over Rs 3 lakh from the provident fund after his retirement, and taking some financial help (as part of shramdaan) from villages in the vicinity, Santu built a 70-feet long permanent bridge.

The otherwise kaccha bridge was used by the localities to cross the drain, and every time it would break, they would repair it themselves. In July 2013, their worst fear came true when the bridge broke down, and a young girl fell into the drain and drowned to death. This is when Santu, who had just retired from his railway job, took upon the mantle and invested his own money to build the bridge. In a conversation with Navbharat Times, he says that he received Rs 13 lakh in PF after retirement, while his pension came up to Rs 15,500. Though he gave about Rs 10 lakh to his sons, he decided to use the remaining three lakh to build the bridge.

Also read: This man from Mysuru collects surplus food, helps poor get their next meal

Seeing Santu's interest in the development of the village, the localities came forward and supported the cause by lending a hand in whichever way possible. Some offered money, while other helped with cement, iron; and some came forward to help with the construction itself. With this bridge, the 12 villages who used to otherwise travel for five kilometers, now have to travel only a kilometer. The bridge has benefitted nearly 10,000 residents, says The Better India.