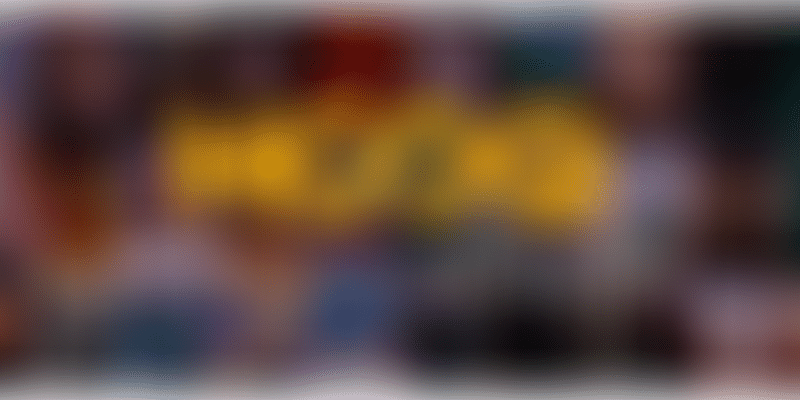 If Netflix and Prime Video are burning a hole in your pocket, HOOQ is your gateway to America’s most popular dramas and films. Also, F.R.I.E.N.D.S.

India’s online video-streaming space has recorded an exponential growth in the past two years. It all started with the commercial rollout of Reliance Jio in September 2016 that resulted in a dramatic fall in 4G data prices across telcos, which in turn, led to a sharp spike in mobile video consumption.

As a result, OTT services not only gained in adoption, but also in paid-for subscriptions. Counterpoint Research estimates that the market currently valued at $280 million is growing at 35 percent year-on-year.

The likes of Hotstar, Amazon Prime Video, Netflix, Voot, ALT Balaji, Sony LIV and others, have garnered tens of millions of viewers. More content is created and distributed. More artiste deals are struck. More movie titles are acquired. And so on.

Even as US streaming giants Netflix and Prime Video were looking to establish themselves in India with increasingly localised offerings, Singapore-based video-on-demand service HOOQ launched its app late last year. Since two years prior to that, HOOQ had been making its content available in India through partnerships with mobile and broadband operators.

A joint venture between Singtel, Sony Pictures Entertainment, and Warner Bros, HOOQ positioned itself as the ‘Home for Hollywood’ in India. It launched at an incredibly low price point of Rs 89 for a three-month trial subscription.

The price was a major differentiation, considering Prime Video’s yearly subscription costs Rs 999, while Netflix’s basic plan is worth Rs 500 per month. At an effective monthly price of Rs 30, HOOQ provides access to nearly 80 American TV shows and over 10,000 movie titles. (At the end of three months, users are charged Rs 89 every month.)

There are popular titles like The Big Bang Theory, Lucifer, The Flash and Arrow, and more to choose from. HOOQ claims that new episodes of shows are made available within 12 hours of their premiere on American TV. Also on offer are entire seasons of cult shows like Friends and Two and a Half Men, and popular Hollywood movies from Wonder Woman and Spiderman to Batman v Superman and Baby Driver.

While India-specific numbers aren’t available, HOOQ has recorded over 10 million downloads on Play Store, and has been rated 3.6 out of 5 by users.

Let’s dig into the app.

You begin by creating an account. Sign-ups can be done with either email or mobile number. You may ‘Skip’ the process if you want to merely browse through the content, and not watch it.

The top of the homepage greets you with a ‘special offer’. On clicking ‘Let’s Go’, you are taken to the Subscription page.

The subscription page displays the promotional offer which allows you to buy a 90-day trial pack for Rs 89 or “less than one rupee a day”. Payment can be done through Paytm or debit and credit cards. You can also opt for carrier billing and be charged by your mobile operator at the end of the month.

Once you subscribe, the entire HOOQ library becomes accessible. You can go back to the homepage by clicking on the HOOQ logo on the bottom bar of the screen. The top swipe-able panel displays trending movies and shows to watch or rent.

If you click a title to watch, you are taken to a new page that gives you options to add the movie/show to watchlist, to watch trailer, and to like or download. It also displays information on available dubbed versions.

As you scroll down this page, similar movie titles are suggested. The more you watch and browse through HOOQ, the better and more accurate the suggestions get.

If you want to skip the endless scrolling on the homepage, you tap on the ‘Browse’ icon on the bottom bar. It takes you to a page where titles are slotted genre-wise. At present, there are 10 genres to choose from. Name of the film or TV show can be keyed into the search bar too.

Next to the Browse icon is the option to ‘Rent’. This is for those who do not own a monthly or yearly subscription, and can rent individual movie titles. The rental plan is similar to that of Google Play Movies. You have 30 days to start watching the movie from the date you rent it. The movie expires 48 hours from the time you first hit Play.

The right-most icon on the bottom bar is ‘Me’ which is like your individual control panel on the app. It takes you to a page where you can manage downloads, rentals, watchlists, subscriptions, links to TV, search and transaction history and more.

You can launch the HOOQ app on your smart TV by simply scanning a QR code with your mobile.

In Settings, you can adjust audio language, subtitles, play and download quality, etc. The app also offers parental controls, and users under 21 are restricted from viewing certain content.

Should you get HOOQ?

If you are looking for a pocket-friendly option in streaming services that lets you enter the world of American television shows and movies, HOOQ is your best bet.

While Netflix prides itself on Originals, and Amazon Prime Video is turning into a rich repository of Bollywood and Indian regional language titles, HOOQ is riding on its single-minded focus on Hollywood movies. Hence, its TV catalogue is fairly limited, and that could be a deterrent for some users.

HOOQ wants to make Hollywood films more affordable to the average Indian viewer, who may have missed out on the theatrical release. But given India’s 30-million- strong English speaking population, there is a market to be tapped. HOOQ is trying to create a dedicated sub-segment and be the leader of it.

As for the app, it is bright and lush. But categorisations could be sharper. User reviews and ratings may be added to increase app engagement.